On the trail of historical changes in the physique of Poles 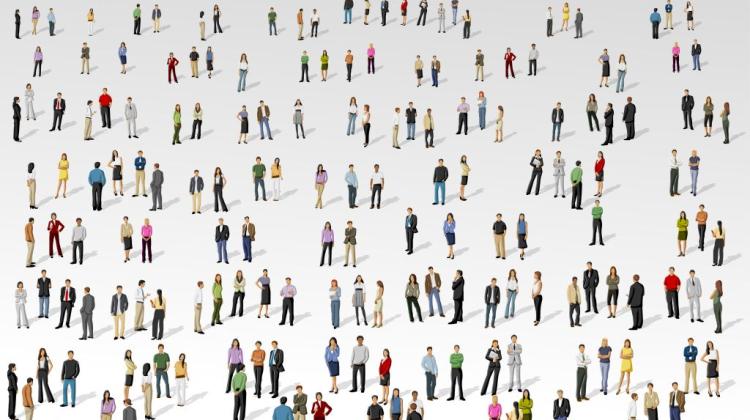 Changes in the skeletons, as well as hospital archives and conscription documents - anthropologists, archaeologists and historians try to read from them how war changes the human body, how inhabitants of towns and villages lived at the turn of the 19th and 20th century and whether life in the Middle Ages was stressful.

Each generation is slightly higher than the generation of its parents and grandparents. Within a decade, the average representative of developing nations is on average taller than the predecessors by approx. 0.5-2 cm. By examining deviations from this trend, scientists are able to better evaluate the conditions of life of the ancient inhabitants of Poland - said participants of the conference "Human physique in Poland: yesterday and today", organised on Saturday, March 19 at the Cardinal Stefan Wyszyński University in Warsaw by the Faculty of Biology and Environmental Sciences of the university and the Museum of Polish History.

How the human body is affected by war was the subject of research (using the example of the population of Kraków) of Bartosz Ogórek, historian and demographer from the Institute of History and Archives, Pedagogical University of Kraków. When it comes to health, war strongly affects particularly boys during puberty - he said at the conference.

"During the war in Krakow, worst was to be an approx. 10 years old boy, which is the age at which teenagers begin to eat a lot and grow intensively. The boys, however, did not have the appropriate amount of food. Civilian mortality in this group increased by 170 percent" - emphasised Bartosz Ogórek.

The historian searched for evidence of this trend in post-war documents on conscripts, containing data on the measurements of their bodies. He said that the boys born in the beginning of the twentieth century, who entered puberty during the war - at the moment of conscription, at the age of 21 were shorter than their peers drafted before the war.

Poor conditions also affected neonates: children with less weight were born during the war. "This is a simple mechanism associated with poor nutrition, exposure to infectious diseases and a lower standard of living in time of war" - explained the historian.

He added that people born during the war would increase their insufficient birth weight over time. "Even after the war, some boys born in 1915 were a little shorted than boys born in the neighbouring years. In school age, these persons were about 2 cm shorter than those born in other years. Most of them probably made up for these losses later in life, but according to biologists it could be detrimental to health in adulthood" - described Bartosz Ogórek.

"The consequences of war, relating to health and demographics, persist as long as the people born during the war are alive" - said the historian.

Lifestyle, height and weight of the people living in towns and villages of the Kingdom of Poland and in Warsaw in the late 19th and early 20th century is the subject of research of Prof. Alicja Budnik from Adam Mickiewicz University in Poznań. The professor analyses BMI, or body mass index (which, in simple terms, shows the ratio of body weight to height of a person).

Her analysis shows that in terms of weight and height nobility stood out among social groups, but burghers were quickly catching up.

Townswomen - especially after 30 - have a tendency to gain weight, because they remained in the house, with little movement and a lot of food. Explaining this phenomenon, Prof. Budnik quoted a tip of an anonymous aphorist, "not to trust people who eat little, because these people are jealous or bad tempered, and abstinence is an unsociable feature". "Even Leon Potocki in his memoirs admitted that eating was the most important activity of civil life. So they ate, and enlarged the size of their bodies" - said the professor.

As a result, the number of people who were overweight and obese in Polish society grew. At the end of the 19th and early 20th century more than half of men and women were overweight. Hard working and malnourished men of the proletariat were shortest and thinnest. Women in their social strata were a bit better. "Contrary to popular belief about poor peasants - it seems that was not so bad among them. At least in some places" - said Prof. Budnik.

What was eaten in the Polish Kingdom at the end of the nineteenth century? The townspeople consumed a lot of milk, butter, meat and eggs. Peasants ate legumes and potatoes.

Dr. Barbara Kwiatkowska from the Department of Anthropology at the University of Life Sciences in Wrocław tracks changes in the structure of the human body in Poland over the last millennium. On the basis of the skulls and bones of ancient inhabitants of Wrocław she evaluates the conditions in which people lived in the Middle Ages. "It\'s about the body\'s response to adverse environmental conditions - difficult living conditions, hunger, disease, parasites and diseases they cause. The body in this conditions makes a huge effort, which leaves traces on the bones that an anthropologist can read" - explained Dr. Kwiatkowska.

Indications of poor living conditions include changes in the enamel and dental diseases, osteoporosis, musculoskeletal stress or so-called Harris lines (traces of growth inhibition on the bones, which remain after periods of malnutrition, for example the hungry gap). An important signal is the height of the body and sexual dimorphism, i.e. height difference between women and men.

Dr. Kwiatkowska looked for such changes on skeletons of people buried in the XII-XVI century in various locations of the medieval Wrocław. Poorer people were buried on the outskirts; the more wealthy people in the central parts of the city.

Their social situation left traces on skeletons. "On the Ołbin site from of the 12th and 13th centuries, where the living conditions were very good - routes crossed and there was a market - sexual dimorphism reached 11 cm! We know from historical sources that in the same period, the inhabitants of the city of Wrocław who lived nearer the edges of the city were buried in the cemetery on Dominikański Square. Dimorphism among them was smaller, as in the church of St. Christopher, where the people from the borough and surrounding villages were buried" - said Dr. Kwiatkowska.