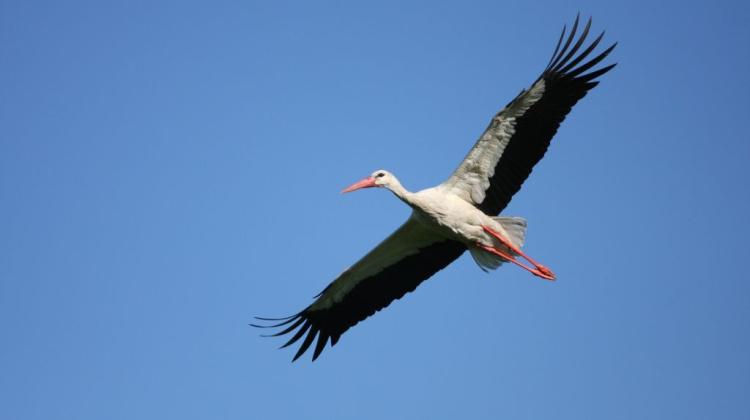 Polish naturalists began, an educational campaign in Lebanon to protect migratory birds. Lebanese children will learn how important storks are for the Polish people. This should help discourage local people from sport hunting.

The campaign will use the documentary about storks, prepared by PAP journalists.

For some time photos have been appearing on the Internet, mainly on social networking sites, of birds targeted by pseudo-hunters from Malta, Cyprus, Italy, Egypt, Syria and Lebanon. Storks are also killed en masse during the autumn and spring migration. "Just a few days ago we received a disturbing film from Lebanese territory, where a fusillade greeted flying flock of storks, numbering several hundred birds" - told PAP Ireneusz Kaługa from a natural science organization EcoLogical Group (Grupa EkoLogiczna).

To change the attitude of the people of the South to storks, the EcoLogical Group, supported by the Polish Society for the Protection of Birds (OTOP), started an educational campaign addressed to children in Lebanon. 48 schools have already received leaflets on the protection of a stork and its importance to our culture. With the help of Lebanese naturalists, educational materials are being distributed on the Internet, provided to scientific centres, universities and to those interested.

A short educational video (https://www.youtube.com/watch?v=4gayYKerV_c) prepared by PAP is also being translated into Arabic. The video will be distributed among young Lebanese people by the Polish Embassy in Beirut.

"We want to work peacefully and educationally; make people aware that in Poland the stork is the most known species, much loved and important, that we protect it, and we care for it. We hope that this awakes the conscience, and at least some of the people who thoughtlessly shoot at the bird - will stop. We are aware that such education is a process that takes years. But if we want any effects - we must act"- emphasised Ireneusz Kaługa.

In January 2013, the appeal about the storks to Lebanon\'s ambassador in Poland was made by representatives of several nature organizations, including Study Group of the White Stork, EcoLogical Group, Polish Society of Wildlife Friends "pro Natura" and local and regional groups of the Polish Society for the Protection of Birds. They asked to take "all possible steps to solve the problem and improve the situation of birds migrating through the Lebanese territory".

In turn, last summer OTOP alarmed that in the Mediterranean countries alone (in Poland usually associated with beaches and monuments), every year during migration as much as 250 million birds of various species may die, often threatened with extinction and protected in Europe. (PAP)