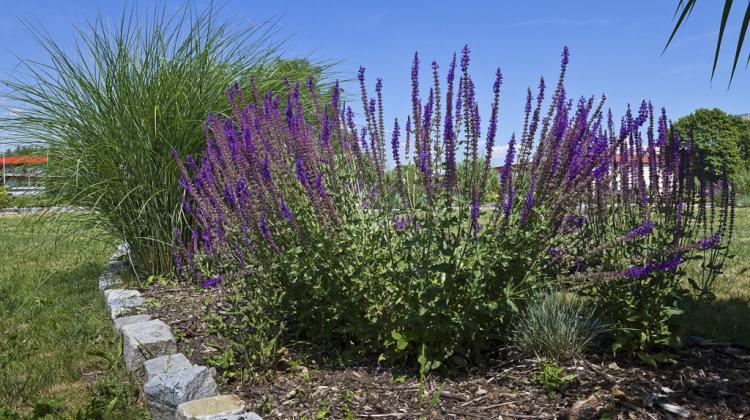 Thanks to the solutions proposed by scientists from the Wrocław University of Environmental and Life Sciences, urban greenery could be watered less often. Source: profi.hydrobox.pl/

Green-fingered researchers are developing biodegradable ‘cushions’ that can be used to irrigate plants with a polymer powder that can absorb up to 300 times more water than it holds.

Polymer superabsorbents (also called hydrogels in Poland) have been known for several decades: they are used in diapers, sanitary napkins and gel air fresheners. In laboratory conditions, 1 gram of superabsorbent (about a quarter teaspoon) can retain - by turning into a gel - as much as 300 grams of water (more than one glass).

It is widely known that plants are very good at "recovering" water stored in superabsorbents. That is why farmers and gardeners have high hopes for these substances. They perceive them as materials that will help in the event of drought or allow for a more economical use of water in plant cultivation.

Professor Krztysztof Lejcuś from the Wrocław University of Environmental and Life Sciences said: “It may seem that simple mixing with soil makes sense.

“But we have been explaining for years that it is not the case.”

Because direct mixing of superabsorbent with soil gives unsatisfactory results, the team from Wroclaw has come up with the idea of a biodegradable ‘cushion’.

Based on an already commercially available product called Hydrobox, which is laid under the roots of the plant and soaks up water before gradually releasing it, the researchers’ new approach would the to support the plant only for the first few, most important years of its development. 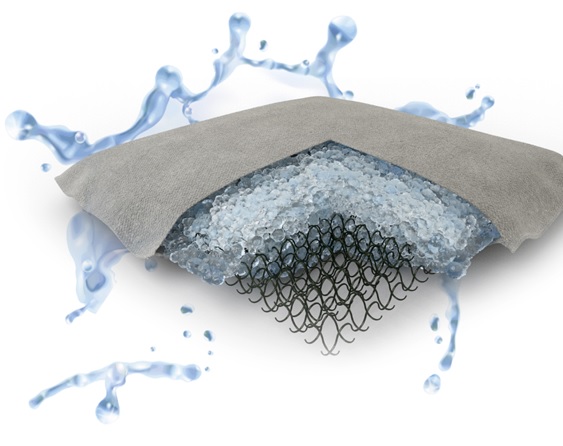 Photo: Irrigation "safety cushion" for plants, already available under the name Hydrobox, was created thanks to the idea of researchers from the Wrocław University of Environmental and Life Sciences. credit: hydrobox.pl

WHY USE A SUPERABSORBENT IN PLANT CULTIVATION?

Storing water in superabsorbents is an opportunity for irrigation of plants growing, for example, on steep slopes, where moisture is difficult to retain. Superabsorbents can also be useful in the care of freshly transplanted plants, which particularly need reliable watering at the beginning.

Superabsorbents are also a hope for people who forget about watering pot plants. The polymer reduces the risk of excessive hydration or drying of the plant. And it means watering the plant less often.

MIXED WITH SOIL - IT DOES NOT SHOCK

Dr. Krzysztof Lejcuś and Jakub Misiewicz from the Wrocław University of Environmental and Life Sciences told PAP that superabsorbents have not yet gained the recognition they deserve in plant cultivation.

Dr. Lejcuś said: "If the superabsorbent is 10-40 cm below the surface, it is affected by soil weight. Therefore, at a depth of 40 cm, 1 gram of superabsorbent does not retain 300 grams, but only 60 grams of water. We checked it for various soils and different depths,"

But if the polymer manages to expand under the influence of moisture, it loosens the soil. This may have a negative effect on the stability of the plant, "especially in the case of plants growing on slopes," says Dr. Lejcuś.

Jakub Misiewicz adds that sometimes, after heavy rain, the expanded gel caused the formation of mud around the plants. This is not beneficial for plants either.

HOW DOES THE CUSHION WORK?

"You can support plants with a superabsorbent, but with the right method," the researchers say.

They decided to develop a soil superabsorbent delivery system that would give the best result. As part of the GEOSAP project, they developed an irrigating "safety cushion". It consists of three components: superabsorbent; scaffolding on which it is placed, and a non-woven coating. Thanks to this solution, the superabsorbent does not mix with the soil. Secondly, regardless of whether the polymer is expanded after absorbing water or dry, the cushion takes up the same amount of space. The polymer is evenly distributed on the scaffolding inside the composite. The superabsorbent can therefore absorb a lot of water and the soil will not loosen.

The cushions are already available in various sizes. They can be used in urban greenery care, in gardens or in pot plants. In the next stage, scientists are developing cushions from materials that will decompose in the soil over a few years. "The solution should be marketed in a year or two," says Jakub Misiewicz.