Plague of Justinian in Late Antiquity Did not Decimate the Population of Europe, Says New Research 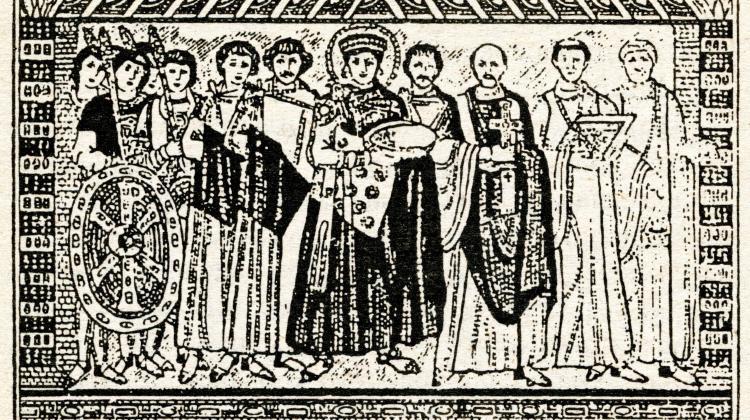 The Plague of Justinian, an epidemic that afflicted the Byzantine Empire in the early 6th century, did not decimate its population contrary to popular opinion among historians, according to new research.

The interdisciplinary research conducted by a team of scientists led by researchers from the University of Maryland (USA), shows that the plague was much smaller.

Until now, historians had believed that the plague named after the Eastern Roman emperor who ruled when the epidemic began and which swept across Europe, took a terrible toll. In the Mediterranean zone alone, a quarter to half of the population (50 million people) were believed to have died. It was also believed that the disease significantly changed the cultural and economic system at the end of antiquity.

The international team included historian Dr. Adam Izdebski from the Jagiellonian University in Kraków and the Max Planck Institute for the Science of Human History. He examined landscape changes in the period before, during and after the epidemic by analysing the results of numerous expert opinions on pollen content in cores taken from lakes bottoms and wetlands. This shows which plants grew in the near and distant surroundings and whether there were changes over the years, for example in the intensity of cereal crops, or whether the land was overgrown with forest.

"The landscape reveals a lot of information about demographics and the history of wars, because they are reflected in the landscape like in a mirror," Dr. Izdebski says. The scientist analysed pollen data taken from dozens of places in Greece, Bulgaria and Turkey. Some samples were taken a few decades ago.

"No one analysed them in terms of knowing the historical landscape. My observations show that at the time of the alleged epidemic in the 6th - 8th century there were no significant changes in the landscape, which is tantamount to a lack of major demographic changes," the historian explains. This means that the epidemic could not be as dangerous as it was thought.

Other members of the team analysed burials from the period, numerous texts in books, papyri, inscriptions and coins which showed that the plague did not claim as many victims as previously thought. "It was surprising that all the results of these analyses were so consistent with each other," Dr. Izdebski said.

His working estimates show that far from half of the population living in the Mediterranean zone being killed, it was closer to a dozen or so percent at most.

According to Dr. Merle Eisenberg from Princeton University who took part in the research, the findings change how we should look at the history of late antiquity in Europe, because it indicates that the plague was not the most important cause of the changes that were taking place at the time.

"If this plague was a key moment in human history that killed between a third and half the population of the Mediterranean world in just a few years, as is often claimed, we should have evidence for it but our survey of datasets found none," - adds lead author, Lee Mordechai, from of Princeton`s Climate Change and History Research Initiative.

Dr. Izdebski points out that the previous vision of the plague from Justinian`s time was based on few, but vivid mentions in the chronicles of the time of the plague. They described the death of half of the population of Constantinople, the capital of the Eastern Roman Empire.

"But remember that these are literary descriptions that exaggerated the description of reality," he said. The remaining numerous texts that failed to mention the epidemic or its effects were simply ignored by historians. Izdebski adds that there could have been local, more deadly outbreaks of the plague, but given their scale, they were certainly smaller than previously estimated.

His research which took six years to complete was financed by the Ministry of Science (also under the National Program for the Development of the Humanities). Researchers from the Warsaw School of Economics, the Adam Mickiewicz University in Poznań and the University of Bialystok were also involved in the project.

The results of the analyses appeared in the Proceedings of the National Academy of Sciences.