A method for multiple drug resistance 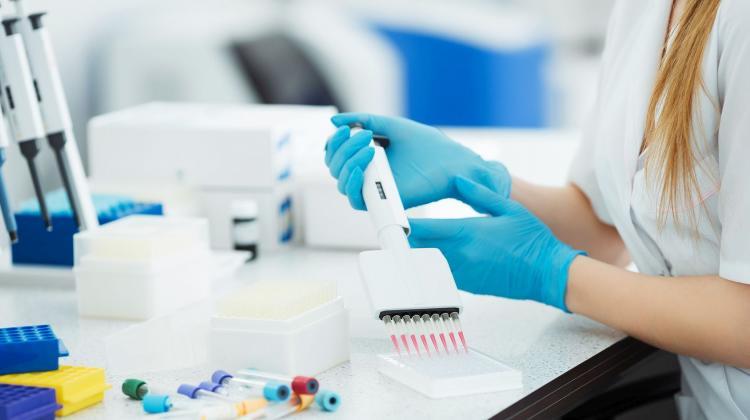 Tumours use ABC proteins to remove cancer drugs from cells. Dr. Agnieszka Robaszkiewicz plans to prevent them from doing that. Her team from the University of Lodz intends to improve the effectiveness of chemotherapy and restore the possibility of treating cancer patients who have developed drug resistance.

The researcher received over 1 million 355 thousand zlotys in the Lider 10 competition of the National Centre for Research and Development for the project "Breaking multidrug resistance of tumours at the genome level (...)". Research will start in May 2020.

Multiple drug resistance (MDR) is a phenomenon of resistance of cancer cells to the effects of drugs. It is associated with a significant reduction of treatment options for cancer patients. Researchers at the University of Lodz are developing a method to prevent its development.

Lead researcher Dr. Agnieszka Robaszkiewicz from the Faculty of Biology and Environmental Protection explains that cancer forms when the body loses control over the process of cell multiplication. This happens as a result of mutations of various genes. Newly formed cancer cells do not differentiate into typical tissue cells and do not respond properly to signals from the body.

In her opinion, appropriate therapy and treatment of patients affected by oncological diseases is still a huge challenge for modern science. Appropriate therapy must be introduced as soon as possible after the diagnosis. An obstacle is the phenomenon of multidrug resistance, which the scientists at the University of Lodz are investigating.

"ABC family proteins that act as transmembrane transporters that remove cancer drugs from cells are responsible for drug resistance. The method we are developing is aimed at depriving cancer cells of the ability to express ABC proteins, which will result in retention of drugs inside the cells and intensification of their effects. This approach is expected to significantly increase the effectiveness of currently used chemotherapy and restore the possibility of treating people, who have developed drug resistance as a result of previous attempts to fight cancer" - explains Dr. Robaszkiewicz.

Scientists want to prevent the development of multidrug resistance in at least several types of cancer. Their method is expected to limit or even completely eliminate the existing lack of sensitivity of cancer cells to the effects of drugs by silencing the expression of ABC proteins.

Inhibitors (compounds that significantly reduce the activity of two enzymes) will be used to remove ABC proteins from cancer cells. Inhibitors will block enzymes that remodel chromatin, a fibrous substance found in the cell nucleus. Thus, they will silence the genes encoding ABC transporters.

Dr. Robaszkiewicz will confirm silencing the expression of genes coding ABC proteins that are key for anti-cancer therapies in selected types of cancers.

"I will focus on developing models that include ABC protein expression inhibitor - anti-cancer drug pairs based on the type of silenced transporters and the specificity of the studied types of cancer. Finally, I will proceed to testing the effectiveness of integrated components of future therapies (transporter expression inhibitor - anti-cancer drug) in the in vitro system to be able to transfer the most effective models to tests in the system closest to the real in vivo conditions (mouse model)" - she explains the assumptions of her research step by step.

The winner of the Lider 10 competition emphasises that the new method can be used to treat different types and stages of cancer. The target group of the solution are patients before and during chemotherapy, and people who have already developed multidrug resistance.

Tested inhibitors are designed to maintain cell sensitivity to low doses of drugs. Researchers will identify inhibitor-anti-cancer drug pairs for use in specific types of cancer. These pairs, verified in an animal model, will be ready for clinical tests.