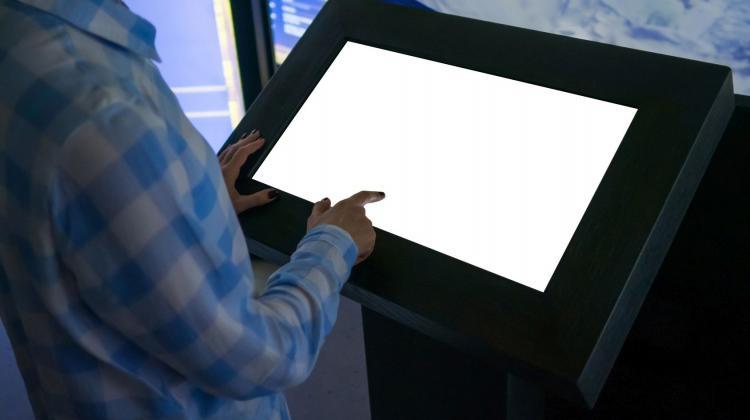 Holograms, visualizations on tablets and other digital images can present a distorted picture of the past. Despite that, they are increasingly used in museums, including those with archaeological profile. Monika Stobiecka talks to PAP about the pitfalls of using such technologies.

One of the ideas of Stobiecka, who pursues a doctorate at the Faculty of "Artes Liberales" of the University of Warsaw, is the concept of "digital escapism." It is a critical look at the increasingly common trend of digitisation visible, for example, in museums.

"When museum visitors see digital multimedia, they often associate them with fun. Thus, digital media reduce the significance of the subject they are supposed to present" - Monika Stobiecka says in an interview with PAP. This conclusion results from many analyses, but the PhD student herself has also carried out numerous observations in Polish museums.

"You can see that, for instance, visitors treat tablets as +click objects+, not sources of information. Unfortunately, interactions with multimedia are usually short, superficial" - the researcher notes.

She adds that the creators and proponents of digital innovations at exhibitions claim that with the help of modern technologies, the visitor is supposed to somehow "immerse" in the subject of the exhibition, for example in the ancient history of a man in a given region. "That is not always true" - she says.

What is the biggest problem with the use of digital technologies? "Sometimes they idealize the past, and sometimes they simply distort it, and the recipients indiscriminately believe the message" - Stobiecka says.

Graphic designers who create visualizations often do not have enough data, which is why they add some information "from themselves", in accordance with their aesthetics and intuition. "People indiscriminately trust the multimedia, and then unfortunately face disappointment in contact with real archaeological remains" - the researcher says.

Stobiecka adds that museums often want to be modern at all costs and thoughtlessly introduce multimedia that either do not fit the entire exhibition or are misplaced. They are also sometimes limited to simple "toy games" for children.

"The full potential of multimedia is not realized this way" - she believes.

Does this mean that one should give up such digital innovations in museums and return to the presentation of artefacts in glass displays? "Not necessarily. It is a matter of proportion. Digital tools should expand the view into monuments, not dominate the message" - says Stobiecka.

Asked which museums, in her opinion, use multimedia correctly, she mentions temporary exhibitions at the Ethnographic Museum in Warsaw ("Treasures of Peru, Royal tomb in Castillo de Huarmey") and the National Museum in Warsaw ("Everything goes in the museum!"), and the permanent exhibition at the Museum of Ancient Mazovian Metallurgy in Pruszków near Warsaw. "There is a balance in the use of multimedia and historical objects, and in fact all tools are used to expand insight into artefacts" - she says about the Pruszków museum. She is of similar opinion about historical museums: the Emigration Museum in Gdynia and the Museum of the Second World War in Gdańsk.

Stobiecka draws attention to the main exhibit of the Museum of Warsaw, opened only two years ago - "The Things of Warsaw". In her opinion, it is "exquisite" despite the fact that there is not a single multimedia screen or digital gadget. While working on the exhibition from the collection of almost 300,000 objects, almost 8,000 items were selected. They are presented in aesthetically prepared rooms.

But the researcher does not cross out modern technologies. "The vision of the past drawn by digital museums can certainly be attractive, surprising, engaging and charming; as such, it has a very large potential to stimulate interest in the past, attracts tourists and visitors to museums" - she says. However, according to Stobiecka, when organizing an exhibition, one should first have a good idea and then implement it. To do this, you do not always need huge funds for digital gadgets - she argues.