The best foreign students in Poland awarded in the competition INTERSTUDENT 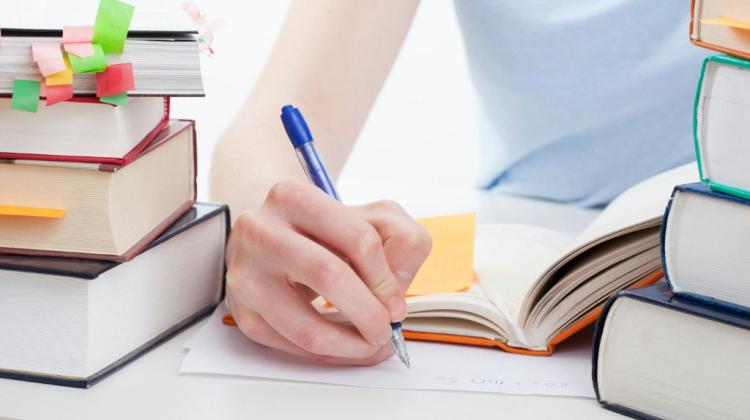 Students from India, Ukraine, Sweden, Iran and PhD students from Lithuania and Belarus are the winners of the competition INTERSTUDENT 2017 for the best foreign students studying in Poland. The awards were presented on February 28 in Kraków.

The mission of the competition INTERSTUDENT, organized by the Education Foundation PERSPEKTYWY in the framework of the program "Study in Poland", is to select, award and promote the best foreign students in Poland. Prizes are awarded in three categories: undergraduate, graduate and doctoral programs. Internet users also select their laureate.

This year the competition received more than 100 nominations of students from five continents. Due to the high level of nominees, the jury decided to award two students in each of the three categories.

In the doctoral studies category, the jury awarded Sabina Brazevic from Lithuania - PhD student at Adam Mickiewicz University in Poznań. She came to Poland as an Erasmus student. "Meeting great and helping students and outstanding academic staff of the university, where I study now, affected my decision to return to Poland after the completion of the program (...) I also entered the scientific world through participation in national and international conferences. All this has allowed me to share my experiences, encourage others to come to Poland, as well as start doctoral studies" - said Brazevic.

The second winner in this category is Anastasiya Niakrasava from Belarus - PhD student at the University of Warsaw. "I have met high-class specialists in Poland, fantastic people, friends. I still have the opportunity to learn and improve my skills. The choice of studying in Poland is the best choice I have made" - emphasised the Belarusian musicologist.

In the graduate category, the jury awarded Omar Al-Obaidi, Swedish national of Iraqi origin, representing the Jagiellonian University. He is a double winner, because he also won the online vote by a landslide, receiving over 37 thousand votes and the title of the Most Popular Foreign Student in Poland. His nearest plans include finishing his studies at the Jagiellonian University, passing the qualification exam and returning to Sweden, where he intends to take a job in his field. "In the further future I plan to launch dental clinics in Poland, Sweden and Dubai and travel between them, ensuring perfect integration" - said Al-Obaidi.

The second winner in this category is Seyed Mohammadreza Sadr from Iran, psychology student at the University of Warsaw. He decided to study in Poland - as he says - because of the high standard of education and rich cultural heritage. While comparing the different programs of study in psychology he found information about the University of Warsaw offering a unique program of International Psychology Studies in English. "In the future, I plan to combine the knowledge acquired during studies with my earlier learned profession of an engineer; I\'m going to specialize in neurocognitive psychology in order to use virtual reality for neuropsychological rehabilitation" - says the laureate.

The award in the undergraduate category went to Sowmya Thottambeti from India, who studies at Poznań University of Technology. "After completing the engineering course, I would like to work for a year before taking master\'s degree course in technology. In the long run, I\'m going to work and develop my career in the field of network engineering or a related field. I want to inspire especially young women to take on challenges in fields related to science, technology, engineering and mathematics" - declares the winner.

The second winner in this category is Vadym Melnyk from Ukraine, studying in the University of Information Technology and Management in Rzeszow. In his opinion, Poland is a country that combines what\'s best in the western business culture and Slavic mentality and traditions.

The competition was organized under the auspices of the President of the Conference of Rectors of Academic Schools in Poland Prof. Jan Schmidt. Nominees were evaluated by the jury composed of: Prof. Marek Tukiendorf - Rector of Opole University of Technology, Prof. Stanisław Kistryn - Vice-Rector of the Jagiellonian University, Dr. Bianka Siwińska - Managing Director of the Education Foundation PERSPEKTYWY, Michał Gajda - President of the National Representation of Doctoral Students and Tomasz Tokarski - President of the Students\' Parliament.

In 2016 in Poland there were over 65,000 foreign students from 157 countries, representing 4.1 percent of the total number of students in our country.

The results of the competition INTERSTUDENT 2017 were announced during a gala at the Kraków Cloth Hall, part of the conference "Foreign students in Poland 2017".