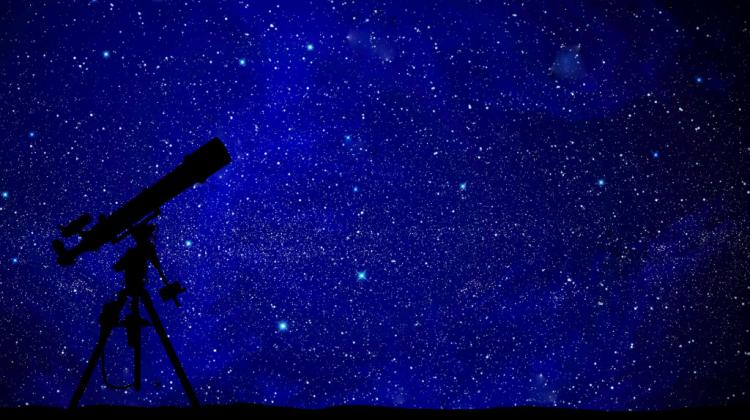 Unnecessary city lights make it more difficult to see the stars, increase energy consumption and disrupt the lives of animals. On March 20 - the day of solar eclipse - the Copernicus Science Centre begins to fight for the darker sky, inaugurating the campaign "Don’t shine, don’t pollute".

According to estimates, 95 percent Europeans live in conditions that prevent noticing the night sky. "Due to light pollution and increased brightness of the background of the sky, we see only a few stars over the large urban centres: a few dozen to a few hundred after a rainy and windy weather, compared to several thousand, which can be seen in a really dark sky" - told PAP one of the authors of the campaign, Karol Wójcicki from the Copernicus Science Centre.

Sky light pollution is a problem for astronomy enthusiasts, but not only for them. "It is also a problem for animals whose natural cycle of day and night is disturbed with a large amount of artificial light. And it is a problem of increased power consumption. Many streetlights are poorly set or designed: they shine to the sides, upwards, and then you have to use light bulbs with more power. But generally we need to illuminate the sidewalk, street. If we focus only on those elements, the energy consumption would be lower" - described Wójcicki.

However, since few people consider excessive and unnecessary lighting pollution, the Copernicus Science Centre decided to launch the campaign "Don’t shine, don’t pollute". "We want to draw attention of ordinary people to the fact that this problem exists" - emphasised Wójcicki.

The authors of the campaign will begin with taking care of the darker sky above the Copernicus Science Centre. "We want to change the lighting near the planetarium, turn off a few lanterns, which are more of a decoration than illumination, and disturb during night observations in our Discovery Park" - added Wójcicki.

Organizers are also discussing a change of the lighting in the immediate vicinity of the Copernicus Science Centre with Warsaw authorities, so that some lanterns and lamps - in sight of people standing in the Discovery Park - shine "in a more sensible way". "We know that the lights have to be there, but you can, for example, replace lamps mounted on the Świętokrzyski bridge to stop them from emitting light to the sides, only illuminate the street and sidewalk" - said Wójcicki.

Anyone can join the fight for dark sky. We can turn off unnecessary lighting in the garden or on the balcony, which illuminates the neighbour’s bedroom. Or replace backyard lantern in the shape of a ball, shining upwards and sideways, with one that shines down.

Wójcicki said that there are more and more initiatives that popularise the idea of fighting light pollution: dark sky areas, parks and reserves. "Soon we will want to invite these institutions to cooperate and help them publicize their initiatives. They do a fantastic job. A good example is the commune Sopotnia Wielka, where the efforts of several activists resulted in the replacements of lighting, so that the firstly it does not shine to the sides, and secondly it turns off late in the night, when already hardly anyone uses it" - he said.

After a year of the campaign "Don’t shine, don’t pollute", a document will be prepared that will be provided to various institutions, communes and municipalities. "Together with experts and scientists we will show the possible advantages of reducing light pollution of the sky, not just those related to the astronomy. We also want to propose the methods these institutions could use to reduce the amount of unnecessary light. We will let the experts speak" - emphasised Wójcicki.

Inauguration of the campaign will take place on March 20, which is the day of a partial solar eclipse visible in Poland. "In this particular situation light pollution of the sky is not important, but symbolic dimming of the Sun by the Moon will be a good symbol" - noted Wójcicki.

The International Astronomical Union in cooperation with the European Physical Society also draws attention to the issue of protection of natural areas of dark sky as a heritage of humanity and the problems arising from the sky light pollution. The occasion is currently celebrated International Year of Light and Light-based Technologies.