Experts: The incidence of head and neck cancers increases dynamically 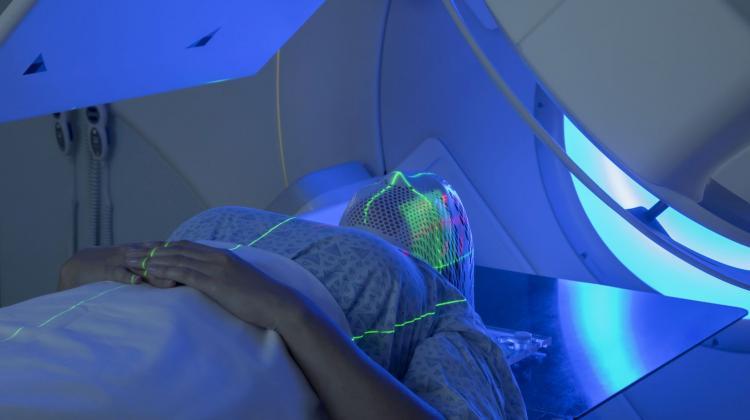 The incidence of head and neck cancers dynamically increases in our country. These cancers are often detected at an advanced stage - Prof. Wojciech Golusiński from the Greater Poland Cancer Centre in Poznań alarmed during a meeting with journalists in Warsaw.

"In Poland, 35 percent head and neck cancers, mainly in the oral part of the throat, are associated with these viruses, but in the US, for example, it is as much as 60 percent" - emphasised Prof. Wojciech Golusiński, head of the Chair and Clinic of Head, Neck and Laryngological Oncology at the Greater Poland Cancer Centre in Poznań.

The data presented during the meeting show that head and neck cancers caused by viral infection are more common in younger and middle-aged patients. These viruses are usually transmitted sexually, for example during oral sex. The remaining head and neck cancers are often associated with alcohol abuse and smoking; they are most often detected in people over 60. In Poland, it is the majority of these cancers.

"The dynamic incidence increase of head and neck cancers is disturbing. Only in the years 1999-2014, a 15-year period, the number of these cancers increased in Poland by 20%, from approx. 8,700 to 11,600 cases" - said Prof. Golusiński, President of the Polish Society of Head and Neck Cancer and President of the European Head and Neck Society.

For this reason, on the initiative of the specialist, in 2012 the Polish National Head and Neck Cancer Prophylaxis Program was launched to detect these cancers early when the treatment is more effective, and in the case of these diseases also less mutilating for the patients.

"Head and neck cancers are still detected too late in Poland. 60 percent patients see the family doctor in the third or fourth stage of cancer disease. Most of them, especially men, die in the first years after diagnosis" - said Prof. Golusiński.

The Eurocare-5 surveys presented at the meeting with journalists show that in Poland, 45.4 percent women and 27.9 percent men with head and neck cancers survive for five years, while the average in the European Union is 51.6 and 38.5 percent, respectively.

President of the Association of People with Head and Neck Cancer from Poznań, Dr. Sławomir Marszałek admitted that the disease, as well as the treatment itself, often very difficult, causing severe complications, "devastate" the quality of life of patients with head and neck cancers.

"Therapy, be it surgery, radiotherapy or chemotherapy, exhausts both physically and mentally. Patients after treatment are often ashamed to be in public, have problems with speaking, and when eating also with swallowing, because they do not produce saliva. Sometimes they are even ashamed to eat in the presence of their loved ones" - the specialist said.

This was confirmed by Beata Urbanek-Żywica, a patient of the Oncology Centre in Warsaw, who was diagnosed with cancer in the tonsils with lymph node metastases. "The fear of treatment was worse than the fear of death. I had a burned neck due to numerous irradiations, I did not produce saliva, I could not taste or smell" - she told reporters.

Bartosz Spławski from the Head and Neck Cancer Department of the Warsaw Oncology Center said that immunotherapy was a new hope for patients with advanced cancer. "This innovative treatment strategy is based on unblocking the immune system. It extends the survival of patients compared to classical chemotherapy and improves the quality of life of patients, because it causes fewer side effects" - he argued.

The specialist explained that immunotherapy is refunded in Poland as part of drug programs in such cancers as melanoma, lung cancer, kidney cancer and Hodgkin`s lymphoma. Efforts are currently being made to ensure that it is financed by the National Health Fund also in the treatment of head and neck cancers.

"In June 2018, it received a positive recommendation of the Agency for Health Technology Assessment and Tariff System. So far, permission has been given for its use in 10 patients with this type of cancer as part of the so-called emergency access to treatment" - Spławski explained.

Immunotherapy is also used to treat Beata Urbanek-Żywica as part of a clinical trial, after it turned out that she had metastasis to the liver and lungs. "Our organization also supports the inclusion of immunotherapy in the treatment of head and neck cancer on the reimbursement list" - said Elżbieta Kozik representing the Polish Amazons Social Movement.

Representatives of Bristol-Myers Squibb, manufacturer of an immunotherapy drug, told PAP that talks were underway with the Ministry of Health regarding the reimbursement of this treatment under the drug program. (PAP)