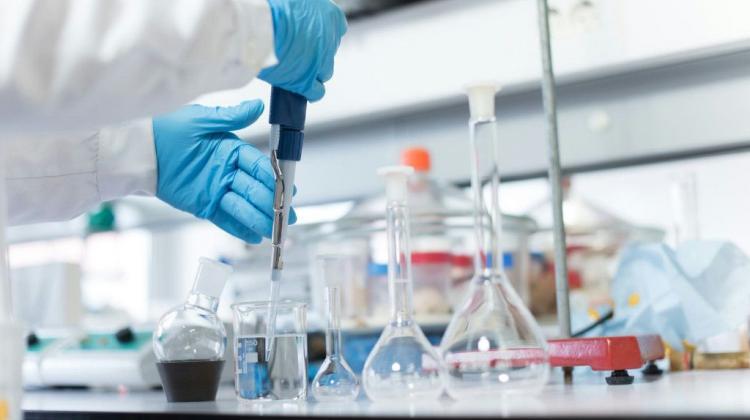 Chemists from the Gdańsk University of Technology have invented a bioplastic material composed mainly of starch. It can be used, for example, for the production of disposable tableware that will biodegrade after use and composting. The university is looking for manufacturers willing to use the invention.

New, innovative material was invented at the Department of Polymer Technology at the Faculty of Chemistry, Gdańsk University of Technology. It was developed by Prof. Helena Janik`s team, composed of employees and students of the university.

The formula of the bioplastic material is based on an innovative composition consisting mainly of thermoplastic starch obtained from potato flour and a biopolymer called polylactide, which - just like starch - is completely biodegradable.

Work on the improvement of the bioplastic material formula took several years. During that time, researchers tested the properties of composites, which consisted of starch, polyactide and other additives in various proportions.

Ultimately, the scientists managed to obtain a bioplastic material with thermoplastic properties (it can be used to form products with various shapes). It allows to produce objects that are sufficiently durable for single use, and at the same time completely biodegradable. After use, an object made of this material can be thrown into the compost, where it will decompose.

The properties of the bioplastic material have been confirmed in tests carried out in accredited laboratories.

The material developed by Gdańsk scientists is protected by patents in Poland, Germany, France and Great Britain.

The Centre for Knowledge and Technology Transfer of the Gdańsk University of Technology is looking for entrepreneurs interested in using the bioplastic material.

The centre`s innovation broker Robert Bajko said in an interview with PAP that in case of this material there is no need to invest in a new machine park or generally introduce any changes to devices previously used, for example, for the production of plastic disposable tableware.

According to Bajko, the material has been successfully tested in this respect in a company that produces plastic items.

Bajko told PAP that the centre was waiting for entrepreneurs interested in using the bioplastic material. "We do not want to just sell our product, we want to do it with the greatest benefit to society in mind - these are the goals of the unit, in which I work" - he noted.

He added that the centre`s employees would conduct an interview with each interested party and - if a given entrepreneur would meet the conditions set by the centre - the parties would negotiate license fees. "They are usually based on a base fee plus a fee that is a percentage of revenues" - said Bajko and added that the second of these fees would depend on many variables, but it would be at least 5 percent from revenues.

The broker reminded that the Gdańsk bioplastic material was awarded a gold medal at the 114th international invention fair Concours Lépine, which took place in Paris in 2015. About 550 innovative solutions were presented during the event, including 26 inventions from Poland.