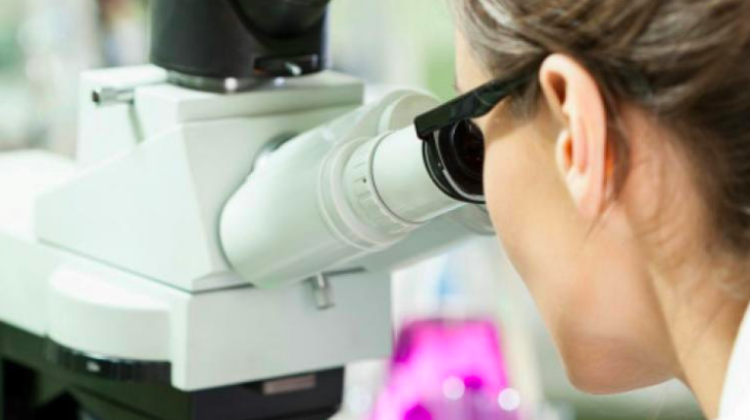 A method patented by scientists from the Jagiellonian University gives hope for more effective treatment of persons requiring hematopoietic cell transplantation. Researchers are analysing the substance that can mobilize cells more effectively than the drug normally used in patients.

During cancer treatment, hematopoietic cell transplantation may be necessary. Patients normally use drugs that mobilize hematopoietic cells to be released into the bloodstream. Granulocytes, or cells that form the first line of defence against infection, also require stimulation.

"Mobilized hematopoietic cells are often transplanted instead of bone marrow. To this end, they must be stimulated - encouraged to leave the bone marrow and go into the blood. Today, in transplants they are stimulated with recombinant GCSF protein. Unfortunately, this method is expensive and does not work in all patients" - explains Dr. Witold Nowak, finalist of the Polityka Weekly Scientific Award and laureate of the START stipend of the Foundation for Polish Science. Dr. Nowak works at the Faculty of Biochemistry, Biophysics and Biotechnology of the Jagiellonian University.

A NEW COMPOUND FOR AN OLD PROBLEM

Together with a team of researchers from the Jagiellonian University, the scientist investigates a different substance - cobalt protoporphyrin, which also stimulates the release of cells into the peripheral blood. For now, the experiments are carried out on mice. It turns out that cobalt protoporphyrin mobilizes cells also in those mice that respond poorly to the standard drug.

"The results are not only a scientific surprise, but above all the have a large application potential" - comments Dr. Witold Nowak. "Preclinical studies have shown that cobalt protoporphyrin is more effective than GCSF. It works even in those mice that release less cells as a result of the standard procedure. Therefore, there is a chance that our substance will also work better in those patients who respond poorly to GCSF" - the scientist believes.

He adds that the procedure leading to the release of cells is standard and used routinely. The innovation consists in the use of a substance that has never been used before for this purpose. Further work will allow to assess whether cobalt protoporphyrin or its derivatives can be used to mobilize cells in patients.

Researchers from the Jagiellonian University have obtained an American patent for the use of cobalt protoporphyrin, which allows to stimulate of the release of granulocytes and hematopoietic cells into the bloodstream of mice. The research is carried out by Dr Agata Szade and Dr. Krzysztof Szade, who collaborate with Dr. Jacek Stępniewski and Dr. Witold Nowak.

PATENT FOR A NEW APPLICATION OF A KNOWN SUBSTANCE

Until now, cobalt protoporphyrin has been used to increase heme oxygenase-1 activity. Dr. Witold Nowak knows this substance well because he has studied its role in bone marrow cells that can form fat, bone and cartilage tissue. The researcher dealt with the problem of response to oxidative stress.

"Heme oxygenase-1 is an enzyme that breaks down heme or iron protoporphyrin. Heme is the main component of haemoglobin responsible for oxygen binding and an important component of many other proteins. It is essential for cells, but its excess induces oxidative stress" - explains Dr. Nowak.

According to the researcher, so far it has been thought that heme excess mainly damages cell membranes. His experience suggests that heme may hinder the repair of incorrectly wound DNA strands. Currently, Dr. Nowak is researching the importance of removing excess heme by oxygenase in maintaining DNA stability and preventing the formation of mutations in stem and progenitor cells. He has also begun work on the role of heme in the regulation of vascular endothelial cell metabolism during aging.