The car built by students of the Silesian University of Technology goes 0-60 mph in 3.5 seconds 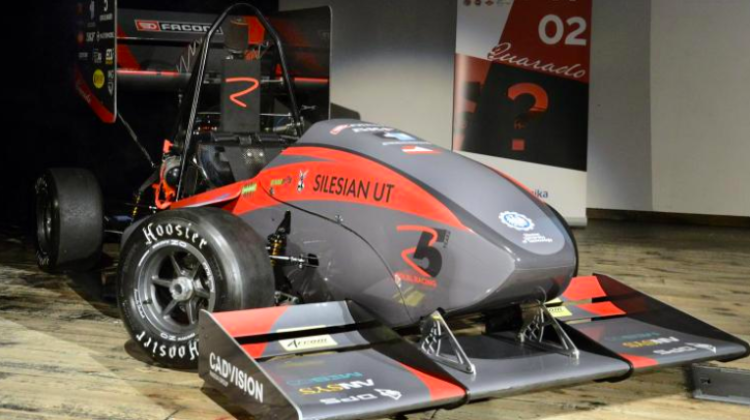 The car "Quarado" presented last week, built by students of the Silesian University of Technology in Gliwice, weighs 220 kg and accelerates to 60 mph in 3.5 seconds.

The car was built to compete for the podium in the prestigious Formula Student. The previous vehicle of the Student Science Club PolSl Racing - electric drive motorcycle "Elektra" - won double gold in the Smart Moto Challenge in Wrocław.

The latest vehicle is a much improved and lighter version of its predecessor named SW-01. "Our main task was to build a car that would be 25 percent better in every respect than the previous one. We were convinced that we could build a vehicle that could compete with the best. The results of experimental research exceeded our expectations" - says Maciej Marzec, leader of the "Quarado" project, quoted in the university`s release.

Students increased the engine power from 75 to 95 hp and "shaved" the mass of the vehicle by 60 kg. "Quarado" accelerates to 60 mph reaches one second faster than its predecessor. "The car is mostly made of advanced materials, such as carbon fibre composites, which reduced the weight of the shell components while increasing its stiffness, as well as steel with an admixture of chromium and molybdenum, which increased the strength of the frame. Ultra-light rims are made of magnesium. In the case of many parts, modern methods of rapid prototyping, such as 3D printing, have been used. The changes also include the electrical installation, where design improvements allowed to significantly reduce the mass of electric wiring. We also used a very light lithium-ion battery" - adds Bartłomiej Urbański from PolSl Racing.

The car will now have to pass a series of tests and in the summer it will compete in Formula Student. PolSl Racing has been active for five years. It currently has 45 members, enthusiasts from almost all faculties of the Silesian University of Technology. They are involved in the construction of prototype vehicles with a combustion and electric drives. "The short word that defines the work and involvement of the members of PolSl Racing is professionalism. This is a professional team with whom I have the honour to cooperate, and the pleasure of this cooperation is huge" - says the student`s supervisor, Prof. Mirosław Szczepanik.