Experts: Launch of a Polish-American scientific project on pain management 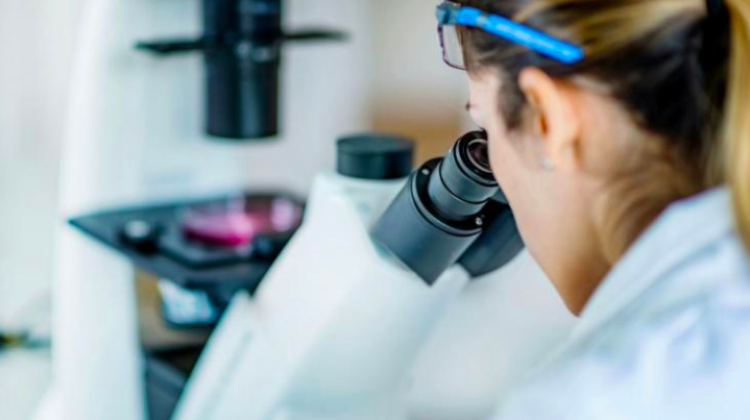 Researchers from Polish universities and the Virginia Commonwealth University (VCU) will compare treatment of postoperative pain with opioids in Poland and in the U.S., the specialists conducting the study informed PAP. This is the first scientific project implemented as part of broader Polish-American cooperation.

"In the United States, including Virginia, a significant number of patients after surgery become addicted to opiates. The Americans use these drugs on a large scale and are currently dealing with an opioid epidemic. Meanwhile, there is no need to use this type of medicine for three to four weeks unless it is a very complicated surgery" - Prof. Andrzej Basiński from the Medical University of Gdańsk told PAP. Together with Prof. Michael Czekajlo from Virginia Commonwealth University, as part of the agreement between the two universities, he conducts a research project on pain management.

According to Prof. Basiński, this problem is becoming visible all over the world - though not in Poland, where opioidophobia still prevails. Both patients and doctors are afraid of using opioid drugs, even in cancer patients. "It has changed recently, thanks to the large educational campaign we have been running for many years" - the specialist noted.

As part of the Polish-American research project, scientists will check in different groups of patients after surgery - from Poland and the U.S. - which analgesics have been prescribed and for how long. They will apply the same methodology.

"I also hope that we will start cooperation in the field of simulation medicine later this year" - added Prof. Basiński.

The study on the treatment of pain is the effect of signing letters of intent for scientific cooperation between the Virginia Commonwealth University (VCU), the Medical University of Gdańsk and the Lazarski University in Warsaw. The documents were signed on October 16, 2018 in Virginia. In addition, in the area of cancer treatment, cooperation documents were signed between the Maria Skłodowska Curie Memorial Cancer Centre and Institute of Oncology in Warsaw, the Medical University of Gdańsk and the VCU Massey Cancer Center.

The initiator is the Polish-American Foundation "Alliance for Innovation" (AFI). "The foundation`s mission is to integrate and connect Polish and American partners in order to develop practical cooperation, innovative projects in the field of science, business and culture at the state level, which gives a chance of quick implementation" - Co-Chairman of AFI USA Prof. Michael Czekajlo emphasized in the press release sent to PAP.

According to the rector of the Medical University of Gdańsk Prof. Marcin Gruchała, who signed the document on cooperation between the Medical University of Gdańsk and VCU, this cooperation is a great opportunity for the university. "Our main goal is scientific cooperation, because today the most valuable scientific research in medicine is mainly conducted in international cooperation. There are very good prospects of cooperation between our universities in the field of cardiovascular medicine, medical simulation, pain treatment, oncology" - Prof. Gruchała told PAP.

He stressed that the USA has the most dynamically operating research centres at the highest world level, and VCU is one of the best medical schools in the world.

Rector of the Medical University of Gdańsk added that cooperation plans included education and student exchange between universities.

Dr. Małgorzata Gałązka-Sobotka, director of the Lazarski University Health Care Management Institute, who signed letters of intent on cooperation of the universities with Virginia Commonwealth University together with dr. Paweł Olszewski, commented for PAP that this agreement was an opportunity for very valuable scientific and educational cooperation. She reminded that in search of greater efficiency, the Polish healthcare system must follow the path of Value Based Healthcare. "During very effective talks, we have identified a space for joint research projects, including determining the measures of health value that are so important in our transformation towards a value-based system" - she emphasised.

The Polish delegation took part in many events in Virginia, including the panel "Why Poland, Why Virginia" organized by the AFI foundation during the 70th Virginia Conference on Word Trade, aimed at promoting innovative Poland and cooperation with the state of Virginia. The delegation included representatives of the Ministry of Health, National Health Fund, Agency for Health Technology Assessment and Tariff System, National Development Council, Cancer Centre, the Medical University of Gdańsk, Lazarski University, National Centre for Research and Development, Polish Center of Technology Development "PORT" and Poznan Supercomputing and Networking Center.

"We established very valuable contacts during the visit. First of all, we managed to talk about the Polish Medical Research Agency, which I hope will be created in January. After presenting the assumptions for the agency`s operation in the Medical Society of Virginia and at the conference +Why Poland, Why Virginia+, many people have shown great interest in potential cooperation with us" - adviser to the Minister of Health Dr. Radosław Sierpiński told PAP.

He reminded that the Medical Research Agency will have a budget of about PLN 1 billion. This budget will also include international research. "I think that Americans see this and hope that they will win a strong partner" - he said.

In his opinion, the establishment of the Medical Research Agency will intensify Polish-American cooperation. "We believe that the agency will be a partner for the American side and we will be able to cooperate in the field of medical research, but also within projects of a more global nature" - he concluded.

In the opinion of the National Health Fund VP Andrzej Niedzielski, establishing cooperation with American partners and exchanging experiences is an important element supporting the entities responsible for the organization of the Polish health service. "Using proven and advanced solutions and the experience of other institutions to avoid +reinventing the wheel+ and potential mistakes is necessary when introducing effective changes and reforms aimed at providing modern service and care for patients" - Vice-President of the Fund commented for PAP.

He noted that the first conclusion from meetings and talks with the American partner is the fact that regardless of how the healthcare system is organized, both countries are now facing similar challenges. "On the one hand, aging societies cause a steady increase in demand for medical services, on the other hand we note decreasing resources of medical staff. An answer to these unavoidable changes is the development of technology, not only medical one, organizational and system innovations are also important" - Niedzielski said.

He explained that in the American healthcare system uses advanced big data analysis with three main goals: detection of irregularities and "non-optimal" solutions, support of preventive medicine through the construction of optimal "patient paths", development and use of doctor support systems. "At present, the National Health Fund is working intensively on the first aspect of the use of existing data, to improve the system and introduce changes aimed at optimising it" - he said. (PAP)