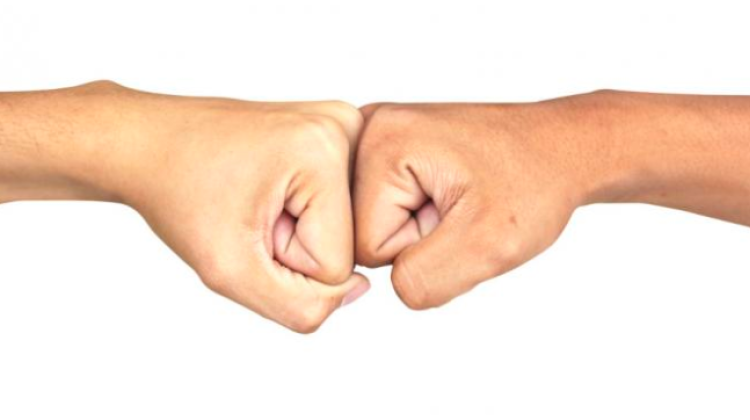 Do we choose friends from among people similar to ourselves? Or is this selection based on rejecting people who are different from us? Or maybe we use different mechanisms in different situations? A sociologist will investigate this issue in an experiment.

Let`s look at relationships with people around us: who are our friends? With whom are we on good terms at work? Who are our neighbours? Whom do we choose as life partners? It turns out that the people, with whom we want to get into relationships, are not exactly random.

"If people were choosing their friends, partners, acquaintances, etc. in a random way, there would not be as many relationships connecting people similar to each other as we observe in studies" - says sociologist Dr. Zbigniew Karpiński from the Institute of Philosophy and Sociology of the Polish Academy of Sciences. He mentions that it can be a similarity of profession, political views, income level or level of education. And in ethnically, nationally or religiously diverse societies, these similarities also include skin colour, religion or national origin. According to the researcher, in sociology this phenomenon is called homophilia.

"When we start to think about it, it turns out that our friends are generally similar to us - they have similar age, interests, views or education" - says Dr. Karpiński. He points out that even our friends from elementary school are not entirely accidental. He says that students of one school are usually young people from the same environment. For example from the same district, where the level of income is similar.

In sociology, a number of different mechanisms explaining homophilia have been proposed. In his research, Karpiński focuses on two such mechanisms, which, despite significant differences, lead to very similar conclusions. "One explanation is the mechanism of attracting similarities, and the other is the mechanism of repulsion of differences" - he says. At first glance, it may seem to be the same thing. But it is only a semblance.

"In the mechanism of attracting similarities, I narrow down the search for new friends to a group of people who I can identify as similar to me. I choose a partner from among them. The mechanism of repulsion works differently. I choose one random person from the pool of people around me and check if that person is similar to me. If I see that there are differences between us, I will probably reject that person" - describes the scientist.

"Which of these mechanisms guides the selection of partners for social relations, which is important from the point of view of such processes as segregation or inequality?" - he asks. He gives an example of parents choosing a school for their child. They can, for example, send their child to the nearest public school, because that`s what all neighbours. Or they choose a private school because they do not want their child to meet children with lower status in a public school.

"Is the fact that people with lower social status are in close relationships with other people with low status a result of their voluntary decision? Or maybe it results from rejection by those with a higher status? These questions are important for our understanding of existing social inequalities" - the researcher says.

The scientist began to wonder how to distinguish between situations, in which people enter social relationships based on similarities and those based on rejecting differences. As part of his project, he is preparing an experiment in which, under controlled conditions, he will be attempt to answer this question.

"An experiment is not a popular tool in sociology. A survey is associated with sociology" - smiles Dr. Karpiński. But he adds that in this particular case, an experiment may prove to be an effective tool, if only because in everyday situations there are too many variables that distort the image.

Researchers want to investigate the mechanisms of homophilia formation on the example of selecting partners in an exchange relationship. This way, they want to check under what conditions homophilia in exchange leads to greater inequality in the distribution of resources.

"We know that inequalities between classes and social layers are growing" - the researcher says. He explains that this increase may partly result from homophilia. He gives an example of selecting life partners based on of similar income. He explains that if a person who earns 10,000 PLN finds a partner who also earns 10,000 PLN, they can give their child a completely different start in life than a couple, in which the income of both partners is 2 thousand PLN.

"Homophilia leads to a reproduction, accumulation of inequalities. Researching this phenomenon helps us understand the sources of inequality and segregation" - concludes Dr. Karpiński.

Research is financed with an OPUS grant awarded by the National Science Centre.