Project by Prof. Magdalena Król from WULS-SGGW showcased to celebrate 10 years of the European Research Council 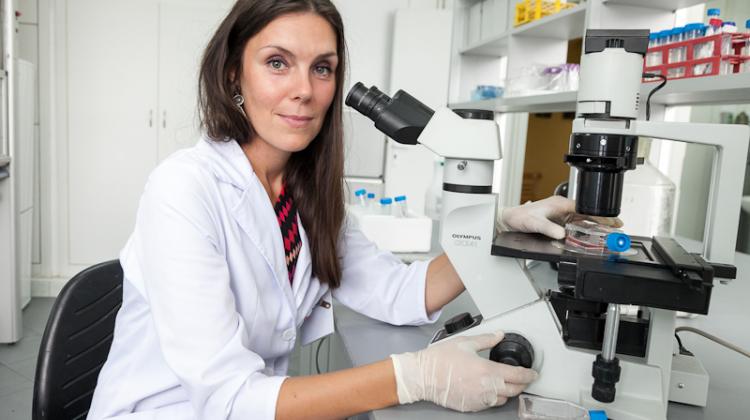 Project by prof. Magdalena Król from the Warsaw University of Life Sciences (WULS-SGGW) is among the 10 grant projects showcased by the European Research Council (ERC) to celebrate ten years 10 years of its existence.

Prof. Magdalena Król received prestigious ERC grant worth over 1.4 million euros in 2016. At the end of December 2017, the project was selected by the ERC for the group of 10 showcase projects out of over 7,000 that received funding over the 10 years of this organization\'s existence (https://erc.europa.eu/10years10portraits/). In addition to Prof. Król, among the authors of 10 projects showcased by the ERC - showing the diversity of research - were also 2016 Nobel laureate in chemistry Ben Fering, historian from King\'s College London Ananya Kabir and physicist from the University of Bristol Jeremy O\'Brien.

Thanks to the ERC grant, the Król Lab was created at the Faculty of Veterinary Medicine at the Warsaw University of Life Sciences - WULS-SGGW reported in a press release sent to PAP. The team working in the lab will run a five year research project to explain the biological phenomenon discovered by Prof. Król.

The researcher noticed that certain immune cells transfer special proteins to cancer cells, and came up with the idea of using this knowledge in cancer treatment. This mechanism can probably be used to precisely deliver cancer-destroying drugs directly to the tumour. If these assumptions are confirmed, it may mean a breakthrough in cancer treatment. "It\'s as if the cells of the patient\'s immune system carried backpacks with explosives targeting the tumour" - said Prof. Król.

Scientific achievements of Prof. Magdalena Król was previously noticed and appreciated. In 2013, she received the science award of the weekly Polityka, and in 2014 she won the poll "Poles with spirit" in the Science category.