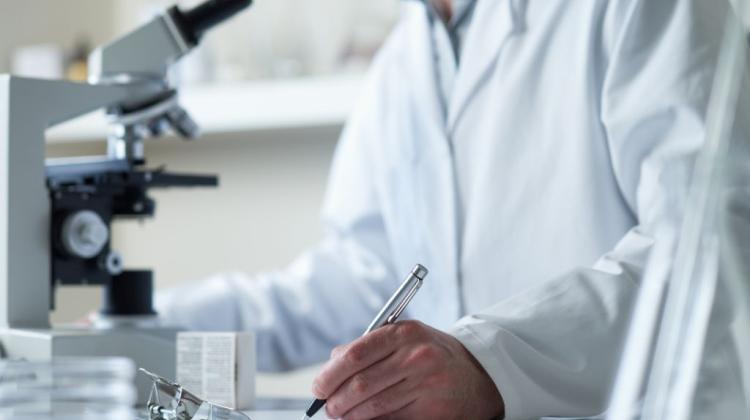 Polish specialists are the first in the world to develop cheap genomic sequencing-based tests that detect higher susceptibility to malignant tumours - researchers announced Monday at a press conference in Warsaw.

Initiator of the program BadamyGeny.pl Prof. Jażdżewski said that the test is 20 times cheaper than similar tests abroad. It costs PLN 399 and allows to test 70 genes that increase the risk of cancer, including such as breast, ovarian, prostate, colon, uterus, stomach, pancreas, kidney, skin , thyroid cancer and endocrine tumours.

Each of the 70 genes responsible for cancer can be damaged in several thousand places. "Our method allows to assess whether any of them has a defect increasing the risk of cancer. In total, over 100,000 potential damages are tested" - emphasised Prof. Jażdżewski.

Each detected change is confirmed by another method. According to specialists, this gives almost complete certainty that the genetic variant found in the patient is correct and there can be no mistake.

There are probably over 1 million people in Poland with greater genetic predisposition to malignant tumours. "The tests we have conducted so far show that in 18% people the risk of cancer is increased in 5% people the risk is high" - said Anna Wójcicka.

A separate group - said Wójcicka - are people with a high risk of cancer, in whom the disease may appear at an early age, even before the age of 50. "In these people, cancer also has a more aggressive course and is more difficult to treat, so it is crucial to detect it early" - she added.

According to data presented at the conference, in a person without genetic predisposition the risk of breast cancer does not exceed 13%, but in those who have inherited a genetic mutation it increases to 50 to 84%. In colorectal cancer, it is respectively 6% and 52-82%, and in the case of ovarian cancer 2% and 11-40 %.

"Primarily young and middle-aged people should have these tests, preferably before the age of 60" - emphasised Prof. Jażdżewski. If a genetic mutations that increases the risk of cancer is detected, a different plan of preventive examinations is presented to detect the disease as early as possible.

The expert emphasised that for this reason the examination does not end with genetic testing. "If a mutation is detected, medical advice is given on what should be done next" - declared Prof. Jażdżewski.

Blood sample needed for the test should be collected and delivered in person or by courier (within 48 hours of collection). Such samples can be stored for up to 7 days in a refrigerator at 4 °C. Those willing to have the test must first complete the registration form at www.warsawgenomics.pl

According to the World Health Organization (WHO), the incidence of cancer will increase by 70% in 20 years. However, inherited genetic mutations are responsible for only a small proportion of cancer cases. In case of breast cancer, 80% cases are not connected with inherited genetic mutations. It can also be caused by changes in DNA that appear later in life, for example due to an unfavourable lifestyle or exposure to harmful substances. (PAP)