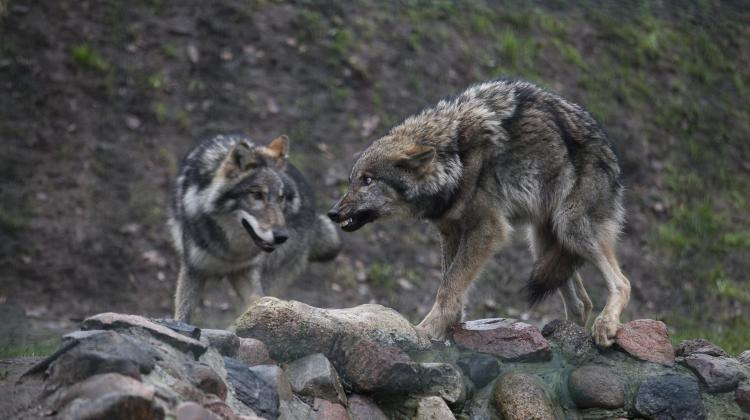 The last twenty years have seen the return of wolves in Europe. They even appeared in countries where they had not been seen for several hundred years. This process may be associated with a change in the state policy concerning wolves in Poland in the late 1990s, suggest scientists from the Institute of Philosophy and Sociology PAS.

The last twenty years have seen the return of wolves in Europe. They even appeared in countries where they had not been seen for several hundred years. It turns out that this process may be associated with a change in the state policy concerning wolves in Poland in the late 1990s. Dr. Krzysztof Niedziałkowski and Renata Putkowska-Smoter from the Institute of Philosophy and Sociology of the Polish Academy of Sciences have investigated the social context of the decision to protect wolves. The results of their work have just been published in the international scientific journal PLoS One.

Poland was one of the first countries in Central and Eastern Europe with a constant wolf population that decided to fully protect wolves. Until the mid-1990s, wolves were game animals and their number and geographical range could not significantly increase due to hunting pressure. It is estimated that approx. 500 wolves lived in Poland at that time, mainly in large forests in the eastern and southern parts of the country.

The authors said: “Wolf management was based on the conviction that wolves that prey on ungulates are competitors to hunters, limit the potential income of the state associated with hunting economy and pose a threat to farm animals. People also believed that intensive hunting for these predators was necessary to maintain the population at a sufficiently low level and limit potential damage. The wolf was also considered an attractive game animal, also for foreign hunters.”

According to the sociologists, the situation began to change after the democratic changes in 1989. The new Law on Nature Protection from 1991 gave voivods the power to cover wolves with protection in individual voivodships. Environmental NGOs were interested in the subject of wolf protection, in particular the Workshop for All Beings (Pracownia na Rzecz Wszystkich Istot) and the Association for Nature 'Wolf', which actively used the new opportunities created by democratisation of the state.

At the same time, the scientific community of biologists and environmentalists, based on the results of research using new technologies (including telemetry), began to present a different image of the wolf. In their view, the animal was an indispensable and natural element of the ecosystem, which positively affected both ungulate populations (through natural selection) and forest management (by regulating the number of cervids that caused damage to tree stands).

Scientists also argued that it was possible to regulate the number of wolves naturally, without human intervention. They said that the species should be protected to enable its natural migration to other suitable areas. The data obtained on the basis of scientific research also contradicted the previous estimates of the number of wolves in Poland, suggesting that the population was actually much smaller.

According to the authors of the publication in "PLoS One", the change in State policy towards the species was caused by a strong socio-political effect resulting from a combination of effective social campaigns run by NGOs and the ability of the scientific community to present a new image of the wolf based on scientific data. This change was gradual.

Initially, activists and scientists managed to convince individual voivods to protect wolves. In 1995, the Minister of the Environment covered wolves with protection in all voivodships except Krosno, Suwałki and Przemyśl, where their numbers were highest. But due to resistance from the hunters' community, the minister did not cover wolves with protection throughout the country.

It became possible only as a result of political changes, when a new government was formed after the 1997 parliamentary election. Environmental activists managed to convince the new Minister of the Environment Jan Szyszko to take the last step in the protection of the species: the new regulation on the protection of species from 1998 provided full protection of wolves throughout the country, justifying this with the role of predators in maintaining ecological balance and regulating the number and health status of ungulates.

The legal change also caused organizational changes: wolf management ceased to be the competence of the hunting administration and moved to the nature protection administration, and damages caused by wolves throughout the country were covered by the State Treasury compensation system.

Poland's accession to the European Union and the adoption of wolf protection requirements under the Habitats Directive consolidated the existing direction of state policy. Within twenty years after the change of the state policy towards wolves, their number increased fourfold, and their range covered all major forests in Poland. What's more, wolves from Poland successfully re-colonised Western European countries, first Germany, followed by Denmark, the Netherlands and Belgium.