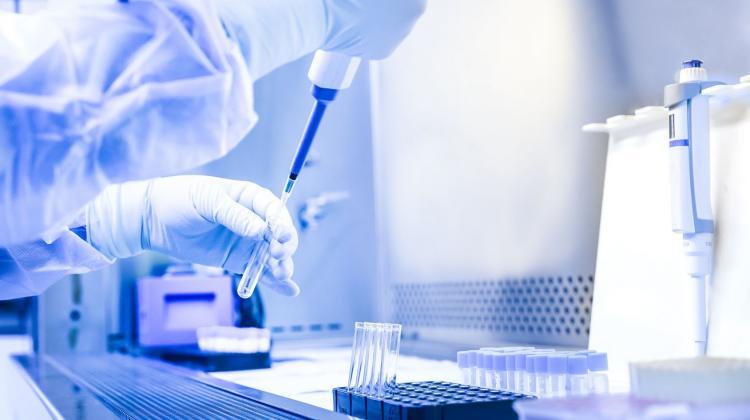 Breakthrough therapy using immune cells to minimise the risk of complications in children with type 1 diabetes has been developed by scientists at the Medical University of Gdańsk.

The new treatment called TREG also helps reduce the amounts of insulin doses the children are treated with.

Professor Piotr Trzonkowski, head of the Department of Medical Immunology of the Medical University of Gdańsk said: "This is not a method that can cure type 1 diabetes and is not intended for every patient with this disease. We currently use it in children and adolescents with newly diagnosed type 1 diabetes, approximately two months after diagnosis. These patients still have about 20-30 percent pancreatic islets that produce insulin. With our therapy, we are fighting to prevent their destruction.”

Type 1 diabetes is an autoimmune disease which develops because the immune system mistakenly recognizes the pancreas as foreign and begins to destroy it. One of the causes of this aggression is deficiency or malfunction of immunity cells called regulatory T cells (Tregs), which Prof. Trzonkowski said ”is a small pool of lymphocytes in our body that inhibit the activity of other cells of the immune system and can stop the attack of the latter on own tissues.”

He noted that currently there are no drugs that inhibit this process in type 1 diabetes, which is why in this disease pancreatic islets are completely destroyed over time. Insulin that patients with type 1 diabetes must take only replaces insulin that would be naturally produced by the pancreas.

He said: ”Our method is the first therapy that modulates the activity of the immune system and thus inhibits the process of destruction of still preserved pancreatic islets. This is extremely important because even the best modern insulin pens and pumps are not able to balance sugar levels as well as insulin naturally produced by the pancreas.”

He added that too high glucose (hyperglycaemia) leads to serious complications, affecting the cardiovascular system, kidneys, eyes, the nervous system. People with diabetes die because of these complications.

"The preservation of even a partial capacity for insulin secretion by the pancreas results in better blood glucose levels. Thanks to this, diabetes complications will not develop after 10 years, but only after 20-30 or even 40 years. And because type 1 diabetes is a disease of children and adolescents, our therapy is an investment in their health,” he said.

This is also important because the number of children with type 1 diabetes is clearly increasing in Poland: it roughly doubles every decade.

According to Prof. Trzonkowski, his team's research shows that five years after TREG therapy, some of the pancreatic islets preserved in patients continue to secrete insulin. These amounts are not the same as in a healthy person, but they significantly reduce both the risk of complications and the need for insulin doses. Some patients have an extended honeymoon, which is the period when they do not need insulin at all.

The TREG method involves taking regulatory cells from a sick person, multiplying them in a laboratory in near-natural conditions, and after two weeks injecting the patient with a much larger number of cells. Such cells are referred to as a cell drug. The bioethics commission approved administration of regulatory T-cells twice, three months apart.

The first phase of the TREG clinical trial was designed to test its safety. Observations show that the only complications are minor infections, Prof. Trzonkowski notes. This is due to the fact that TREG therapy inhibits the activity of immune cells. "Treg cell therapy is an intelligent therapy because it only works where the disease process is underway, so we have relatively few side effects,” Prof. Trzonkowski said.

He added that bone marrow stem cell transplantation, used experimentally to treat type 1 diabetes, is a much more aggravating method for the patient with a much higher risk of complications such as serious infections and sometimes even death. To assess the effectiveness of TREG therapy, researchers measure patients' insulin secretion from the pancreas after eating a standardized meal. They also assess the need for injected insulin.

Professor Trzonkowski estimates that out of about 2,000 patients diagnosed with type 1 diabetes every year in Poland, several hundred would be eligible for the TREG cell drug.

"The problem with type 1 diabetes is that at the time of its detection, a maximum of a third of pancreatic islets are still preserved. That is very late. That is why we are planning to implement a new program that will help us find patients who have very high, bordering on certainty, risk of developing type 1 diabetes, but without any symptoms. They have a much higher percentage of preserved pancreatic islets,” said Prof. Trzonkowski.

He added that as type 1 diabetes is a hereditary disease in most patients, by examining family members and especially siblings of children who have been diagnosed with type 1 diabetes, it is possible to select those who will almost certainly develop it. "If we could use TREG therapy in these patients, its effects would probably be even better," he said.

The TREG method is currently in its third phase of clinical trials, for which scientists have received funds from the EU programme Horizon 2020.

In addition to Professor Trzonkowski, the following researchers affiliated with the Medical University of Gdańsk participated in the development of the TREG method: Professor Andrzej Hellmann and Dr. Maria Bieniaszewska from the Department of Haematology and Transplantology, Professor Małgorzata Myśliwiec, head of Department of Paediatrics, Diabetology and Endocrinology, Professor Natalia Marek-Trzonkowska, head of the Cancer Immunology Group at the International Center for Cancer Vaccine Science, Dr. Kamil Chwojnicki from the Department of Adult Neurology.