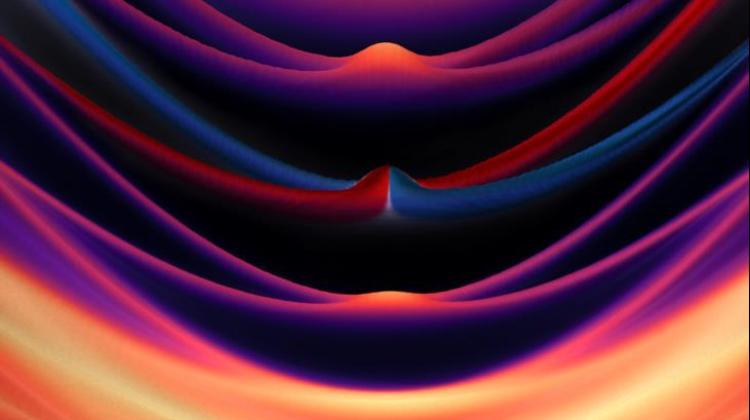 The image shows how the energy of light depends on the angle at which the light exits the optical cavity developed by the Polish team (Fig. Mateusz Król)

Photons - particles with no mass, moving at the speed of light - can be tricked to "stop" and behave like completely different particles, ones having mass and reacting to magnetic fields: electrons, Polish scientists have discovered.

Now an international team of scientists dominated by Polish researchers have shown the opposite is true.

Writing in the prestigious journal ‘Science’, they have proved that photons, massless particles moving at the speed of light, can sometimes behave like electrons - slower particles having mass and reacting to magnetic field changes.

This is pioneering research in the emerging field of topological photonics.

Lead researcher Professor Jacek Szczytko from the Faculty of Physics of the University of Warsaw told PAP:"We managed to create massive photons that react to artificial magnetic field.

“More precisely, we created quasiparticles from photons. They behave like electrons: they have mass and spin.”

"The optical cavity is made of two perfect mirrors placed very close to each other, approximately at the distance of 1 micron. Light is confined between them," says Jacek Szczytko.

He explains that light (that has the characteristics not only of particles, but also waves) is reflected from such mirrors producing a standing wave (that oscillates but does not move in any direction). When we illuminate the cavity at an angle, this wave begins to move in a plane, like a particle that has mass.

Researchers filled the cavity with liquid crystal material. This is an interesting material because its molecules can rotate under the influence of external voltage, thus changing the refraction of light. Therefore, photons flow differently along the crystals of this material than across them, and these changes can be controlled electrically.

In the cavity, it was possible to produce standing waves of light whose energy (oscillation frequency) was different when the electric field of the wave (polarization) was directed across the molecules, and different for polarization along their axis (this phenomenon is called optical anisotropy). In this way, researchers created an artificial magnetic field, to which light particles reacted.

The photo below shows how the energy of light depends on the angle at which the light comes out of the cavity. 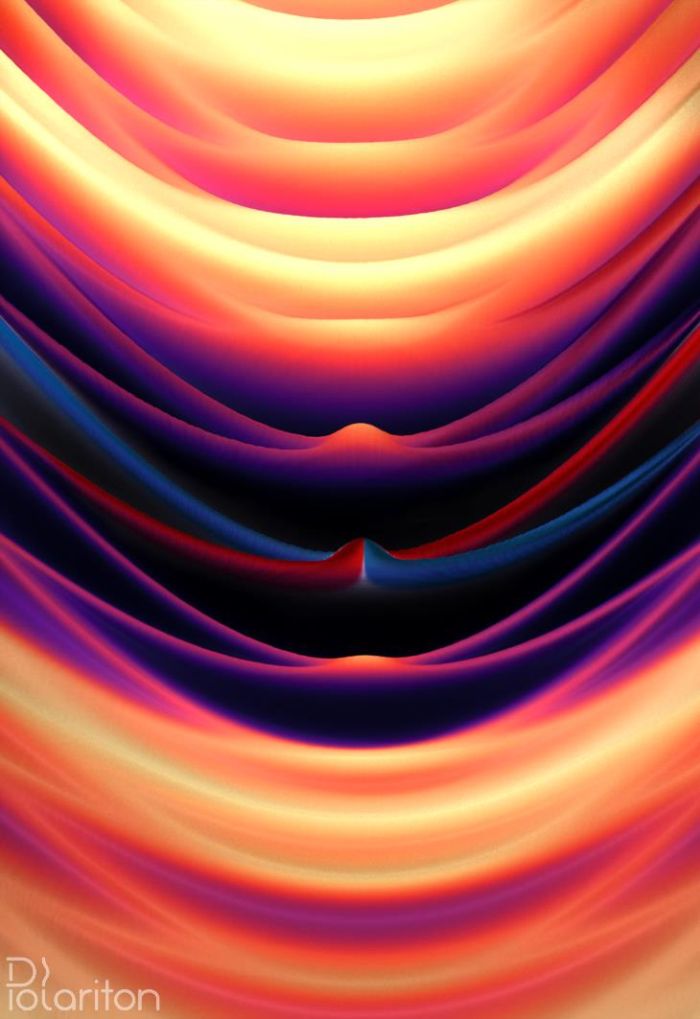 The dependence of energy (vertical axis) on the angle at which polarized light exits the optically anisotropic cavity (horizontal axis). Fig. Mateusz Król

WHY IS IT IMPORTANT?

“‘Science` considered our research important, because our microcavity can be a great testing ground for studying topological physics of electrons. And now in condensed matter physics there is a fashion for topological systems. Thanks to our research it will be possible to develop a model of solid state physics, but without a solid, using photons only," says Dr. Szczytko. He adds that optical systems can be simpler to use than traditional ones.

"When we showed it to our colleagues who are working on condensed matter physics, they had a lot of ideas for using our idea," says the researcher. 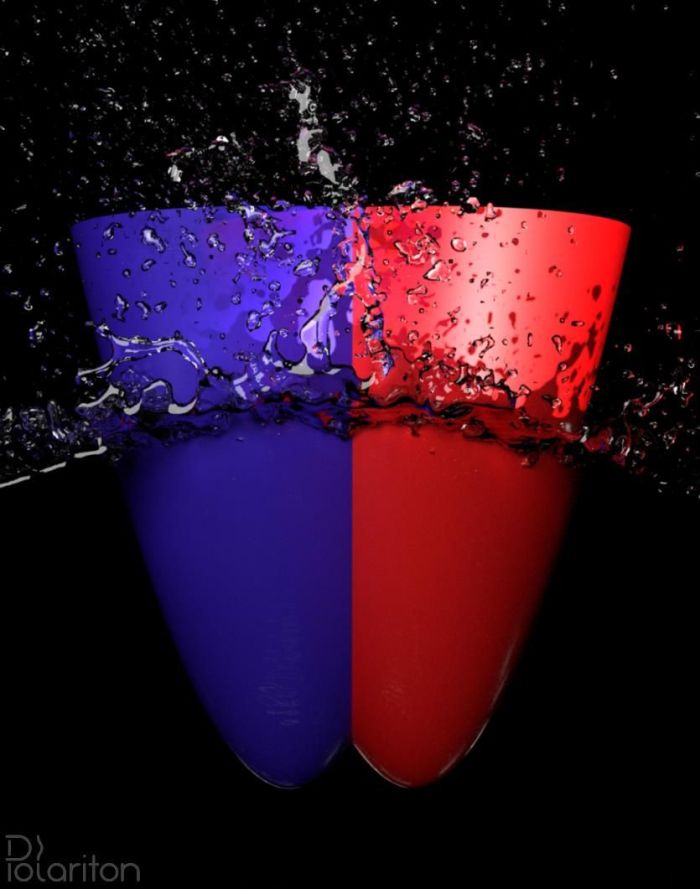 The discovery of new phenomena accompanying the entrapment of light in optically anisotropic cavities may also be useful in the development of new optoelectronic devices, e.g. optical neural networks.

According to the researchers, particularly promising is also the prospect of creating a unique quantum state of matter in the cavities - the so-called Bose-Einstein condensate (in this state of matter, particles form a harmonious group, whose members behave synchronously, like a cheerleading team). Such a condensate - created not from atoms, but from photons - may be easier to use in quantum calculations and simulations to solve problems that are too difficult for modern computers. 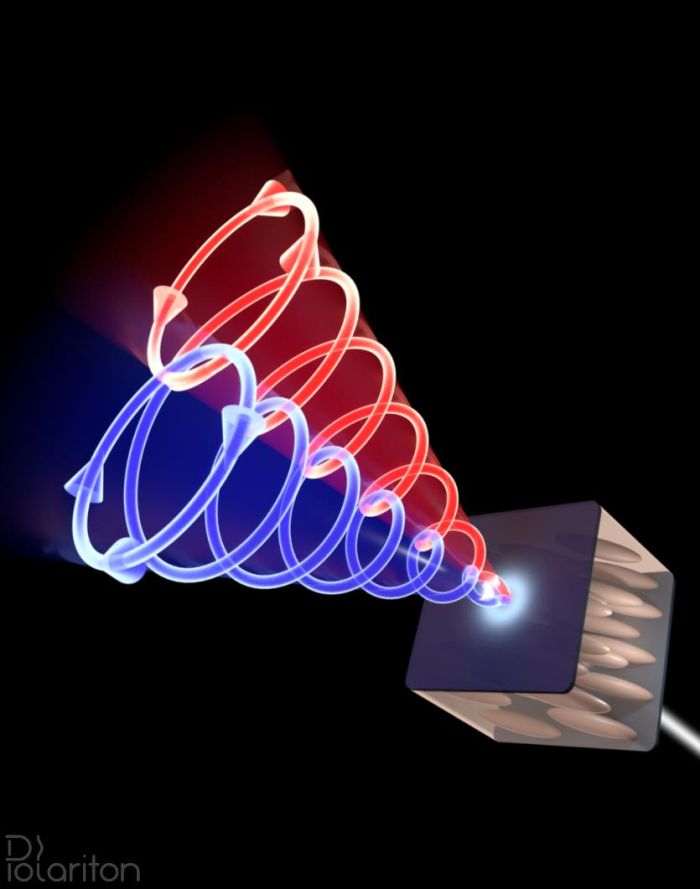 In the experiment, circular polarization of light (marked in red and blue) passing through a cavity filled with liquid crystal depends on the direction of propagation. Fig. Mateusz Król

The discovery was made by nanostructure engineering students from the University of Warsaw: Katarzyna Rechcińska, Mateusz Król, Rafał Mirek and Karolina Łempicka under the supervision of Dr. Barbara Piętka and Dr. Jacek Szczytko. The optical cavity filled with liquid crystal was prepared at the Military University of Technology by Dr. Rafał Mazur and Dr. Przemysław Morawiak. The liquid crystal material with high optical anisotropy was developed and synthesized by a group of chemists led by Dr. Przemysław Kula, a professor at the Military University of Technology. Prof. Witold Bardyszewski from the University of Warsaw and Dr hab. Michał Matuszewski from the Institute of Physics PAS assisted with the theoretical description. The Polish team was assisted by Prof. Pavlos Lagoudakis (British University of Southampton and Russian Skolkovo Institute of Science and Technology).