Expert: Life on Earth at Risk; We Should Start Thinking About Living on Other Planets 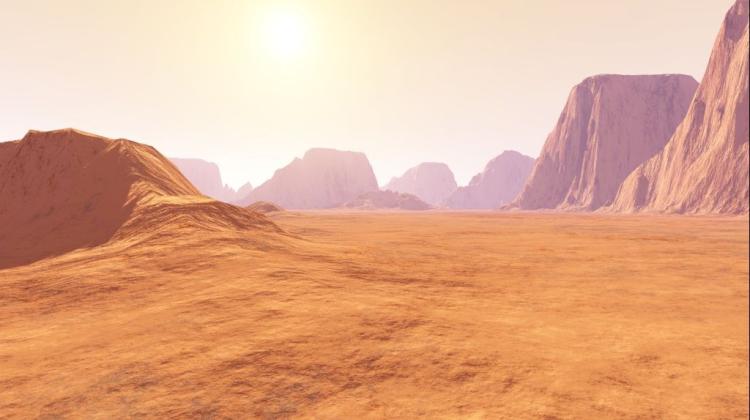 Earth is currently the only planet on which humans live. This is not good because it is threatened, for example by cosmic events. We should start thinking about risk diversification and, for example, living on Mars, Dr. Weronika Śliwa from the Copernicus Science Centre says in an interview with PAP.

This year, especially in the US, the 50th anniversary of the first manned moon landing was celebrated. But NASA - the US space agency - is making plans for landing on Mars

"In fact, it now seems that we have the technology for such a manned expedition to Mars", says Dr. Weronika Śliwa, an astronomer from the Planetarium of the Copernicus Science Centre in Warsaw.

In her opinion, it is high time for humanity to "diversify risk". "It`s not good that people only live on one planet. There is a saying that you don`t put all your eggs in one basket. Our planet is threatened by various space disasters and by phenomena that may unexpectedly emerge on its surface. It would be better if humanity began to think about living on other bodies of the Solar System, and later maybe even further, she says.

She adds that Mars should be the natural direction of expansion for humanity, because this planet is most similar to Earth. However, if we send people there, risk will be involved. Firstly, according to Dr. Śliwa, the success of such a mission would be far from 100 percent; the crew could die. The second risk is a huge cost. "It will simply cost a lot more than any government would like to spend on it now", she says.

She reminds that unmanned Mars missions are generally successful. "Man can handle unpredictable situations that happen in unmanned missions. He can react appropriately so that the mission continues. But at the same time he requires special facilities, such as air supply, which unmanned missions do not require" - she points out.

According to the expert, everything now depends on the "political will".

"As far as the commercial aspect is concerned, at the moment we do not see the profitability of this type of mission, but as a rule, research missions that do something for the first time are practically always unprofitable", emphasises Dr. Śliwa.

She also reminds about the famous American inventor, Thomas Edison. "When he started experimenting with electricity, a friend came to him and asked what all this was for and would it ever pay off. Edison replied that at this point he had no idea but he was convinced in a few decades we would be paying for it. And so it happened", she concluded.