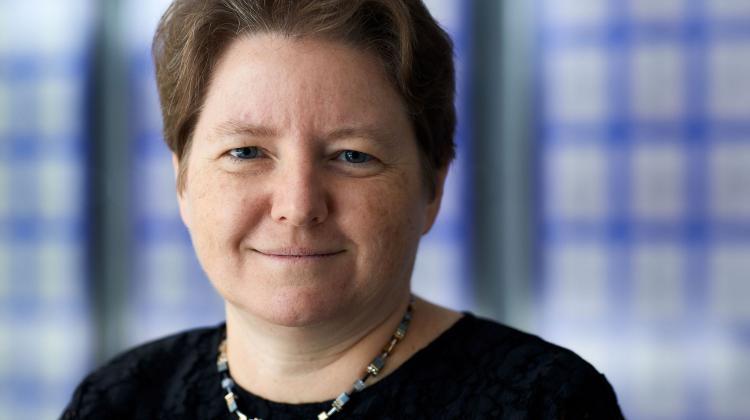 Polish inventor Marta Karczewicz is a video compression expert, and thanks to the solutions she has developed, we can now watch high quality videos online. The Polish inventor was nominated for this year`s European Inventor Award.

The finals of the European Inventor Award 2019 took place last week in Vienna. The purpose of the event is to honour the creators of the best solutions that have significantly improved or may improve the quality of life. Marta Karczewicz was among the Lifetime Achievement nominees.

The finalist of this year`s edition of the European Inventor`s Award dedicated her career to working on the development of video compression technology. Thanks to hundreds of solutions she has developed, we can now watch high-quality videos online, use video conferencing or virtual and augmented reality on mobile devices.

Each time a video file is sent via a web service or TV signal, it is most likely encoded with the Advanced Video Coding (AVC) codec - which uses solutions developed by Marta Karczewicz.

Karczewicz`s career began in the early 1990s, when she ranked among the top 10 at the Mathematical Olympiad in Poland and secured a grant from Nokia for research in the field of signal and image processing at Tampere University in Finland. "I always liked to solve math problems. In mathematics, you do not need to remember much - it is enough to understand and think" - she recalls in an interview with PAP.

During her later work for Nokia, Karczewicz developed the key components of the AVC codec. It is a video compression technology based on the principle of reducing redundancy or repeated information by exploiting the similarities within a frame or between successive frames in a video. After several years of work at Nokia, Karczewicz moved to San Diego (USA), where she started working at Qualcomm in 2006. There, she continued to work on codecs and contributed to the development of the latest standards for encoding video files, including High Efficiency Video Coding (HEVC), the successor to AVC, enabling faster streaming on mobile devices.

The technology, on which Karczewicz has worked, allows to compress video files by a factor of 1000 without noticeably deteriorating the image quality, thanks to which millions of viewers around the world can now watch high quality videos online. The Polish inventor does not expect to have a shortage of work in the near future. "Uploading videos has become an everyday reality: people are constantly making video calls over the phone, watching video clips, share various videos - this is now completely normal" - she emphasises.

But this popularity is associated with other problems. One of them is the issue of internet bandwidth. "In 2017, 75 percent of the total bandwidth was occupied by video - and we are talking only about legal applications!" - Karczewicz emphasises. "And this problem seems to wind itself up, because video files are sent in increasingly better quality, more and more people use this technology - which, in turn, means that more bandwidth is needed to send those videos" - she says.

However, the popularity of streaming is not the only challenge for the creators of codecs; there are already new file formats on the horizon, solving the problems of formats used today.

The Polish inventor recalls that a few months ago, the viewers of the popular series "Game of Thrones" had the opportunity to witness the limitations of technology. One of his episodes was filmed at night with minimal lighting - which caused a huge stir among the fans, many of whom could not see what was happening on the screen.

"Of course, compression did not help, but the source of the problem was that the current formats simply did not show dark details well" - explains Karczewicz.

Interestingly, we can already register an image similar to the one that the human eye receives using video cameras. "The evolution of cameras is faster than the evolution of receivers - although that is slowly changing" - the inventor says. "Of course, one of the reasons for these differences is that professional cameras are extremely expensive devices, whereas TV sets must be mass products".

But Karczewicz does not think that the problem of how to accurately reproduce the actual image in streamed video files will be in the very centre of interest of the technology industry in the near future. "It does not make sense for all applications - if you think about it, people really just like to sit down and watch TV" - she notes.

Therefore, the Polish inventor predicts that researchers will focus primarily on improving the average user`s experience. "A large part of the evolution of technology will be efforts to make what we see better and better. The problem is to achieve good results with mass streaming and compression - so it is important that this "wow effect" of the first demonstrations of new technologies can also be felt at home" - she emphasises.