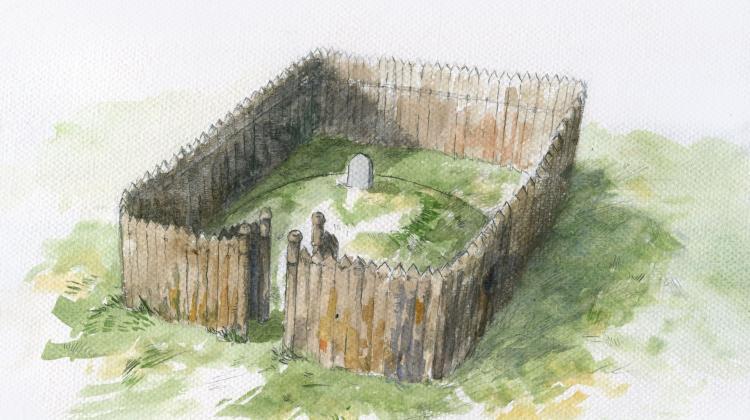 A representative of the armed elite of Mieszko I was buried at the end of the 10th century in the mausoleum in the form of an earth mound, located in today`s village Bodzia, believes Prof. Andrzej Buko. The dignitary was born on the Vistula, but spent most of his life in Scandinavia. His grave gave rise to a well-known necropolis.

In 2007, during the archaeological excavations preceding the construction of the A1 motorway, scientists began researching the cemetery in Bodzia (Kuyavian-Pomeranian Voivodeship). The necropolis from the end of the 10th and the 1st half of the 11th century consists of elite burials of several dozen people. Evidence of this is the rich equipment of the graves.

Prof. Andrzej Buko proposes a new interpretation of the origins of this necropolis. In his opinion, initially it was not a cemetery, but a single grave - a mausoleum of an eminent representative of the Mieszko I`s elites.

"The oldest and largest grave in the necropolis was located on top of the hill. Only later more graves were added, their form consistent with the mausoleum" - says Prof. Andrzej Buko from the Institute of Archaeology and Ethnology of the Polish Academy of Sciences in Warsaw.

The mausoleum was built in the form of a large earth burial chamber with a diameter of approx. 3 m. The barrow was crowned with a stele - a large stone. The grave was fenced with a rectangular palisade. The entrance to the tomb was from the west. The body of the deceased - a man, aged 35-45, was laid under in a wooden coffin. According to Prof. Buko, the deceased received numerous gifts for his last journey. Fragments of clothing in the form of a linen fabric are preserved, as well as iron fitting of the knight`s belt, a knife in a leather sheath and coins - one minted in Saxony and the other - in Czechia.

"Some of the relics discovered in the tomb bear decorations typical of the contemporary Scandinavian cultures; similarly in the case of some of the later graves around the mausoleum" - says Prof. Buko. According to the researcher, the form of the tomb and the layout of the entire necropolis are similar to cemeteries known from the 10th century Denmark.

The analysis of strontium isotopes contained in the teeth of the deceased indicates that he was born in northern Poland. "But he was buried in accordance with foreign rituals. In addition, in the nearby graves, people of foreign, probably Scandinavian origin were later buried" - the archaeologist adds.

Buko believes that although the deceased buried in the mausoleum grave was born in Poland, he spent a significant part of his life in Scandinavia. There, he advanced to a high position in the social hierarchy. At some point in his life, he returned to his country of origin.

"If my assumptions are correct, we would have the first archaeologically confirmed case of the member of the elites from the times of Mieszko and Boleslav the Brave, originating from Polish lands, gaining life experience and high social status abroad, to build the foundations of Polish statehood in the country of birth and ultimately die here" - the researcher says.

Who could this person be? Professor Buko says that it was certainly a charismatic figure, as indicated by the fact that the model of his tomb was later imitated by others buried in the cemetery in Bodzia. But it is difficult to learn the name of this man due to the lack of texts from the era that would shed light on this matter.

"Interestingly, most of the later graves were arranged in equal rows to the east and south of the mausoleum, but 10 other burials surround the mausoleum on both sides" - he adds. According to the researcher, this means that the deceased wanted to rest as close as possible to the monumental tomb in the necropolis. 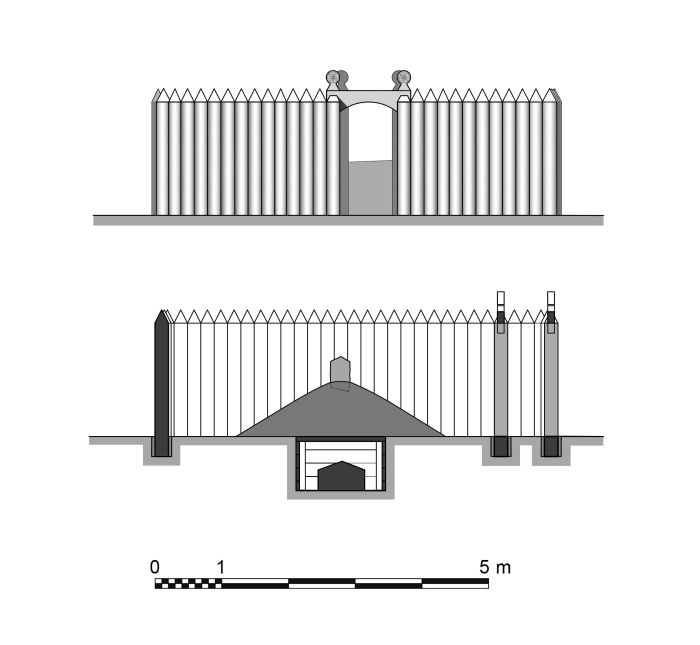 An article about Prof. Andrzej Buko`s new concept will be published this year in the journal "Slavia Antiqua". The lecture, during which the new concept was presented, took place last week at the Institute of Archaeology and Ethnology of the Polish Academy of Sciences in Warsaw.