Compulsive sexual behaviour in the WHO classification thanks to Polish research 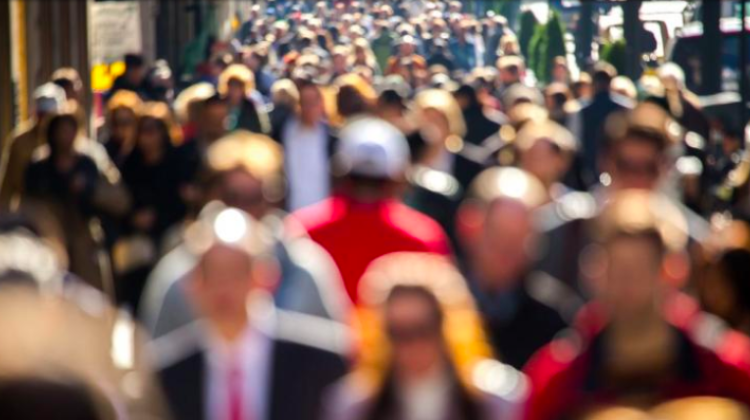 In June, compulsive sexual behaviour appeared for the first time in the classification of diseases of the World Health Organization (WHO). It was included in part thanks to Polish research on the causes of this disorder, says psychologist Dr. Mateusz Gola.

He adds that at the time little was known at the scientific level what such sexual behaviours were and what they resulted from. "It was debated whether this could be due to an increased sexual drive, obsessive-compulsive disorder, addiction" - says the neurocognitivist.

To dispel doubts, the psychologist has created the project hiperseksulanosc.pl. Researchers from countries including France, the Netherlands, Israel, the USA, Germany and the UK participated in the research. "We wanted to show which mechanisms are responsible for the emergence of problems with compulsive sexual behaviour and determine how to most effectively help these people" - the scientist says.

Today, after four years of activity: interviews, experiments, brain research, drug research and analysis of the results, it can be said with certainty: the work of researchers has not been in vain.

"The World Health Organization (WHO) announcing a new classification of diseases in June this year (ICD-11) for the first time included compulsive sexual behaviour, thanks to our research" - says Dr. Gola.

"If a medical condition is not included in such official lists of illnesses, psychiatrists or psychologists are not taught about it. And then they do not make a diagnosis to detect this phenomenon in patients, nor do they know how to effectively help patients with this problem" - the psychologist says.

According to Gola, adding this new disorder to the classification "is a big change for hundreds of thousands of people around the world who are struggling with this problem". Research shows that the problem of compulsive sexual behaviour concerns 1.5-5 percent of the population. Depending on the country, there are 6-8 times more men than women in this group.

He adds that in the age group of 18-30 years, at least 80 percent men and approx. 30 percent women use pornography once a week. The psychologist reports that the average estimated age of the first contact with pornography is 10 years. "Among children and adolescents, the percentage of boys and girls using pornography is almost equal" - says Dr Gola. He suspects that over time, the number of people who use pornography will grow.

"Among regular users of pornography, 8% may experience lack of control over the time and frequency of its viewing" - says Dr. Gola.

Including compulsive sexual behaviour in the ICD-11 list should help both physicians and psychologists as well as patients who are struggling with the problem of sex addiction.

The psychologist from the Institute of Psychology reports that there are many people who use pornography a few hours a day among those who do not seek help. "But they do not experience the negative consequences of their behaviour. If it does not negatively affect their work or their relationships, there is no reason to consider it a disorder" - says the scientist.

HOW TO DIAGNOSE A DISORDER?

Previously, there were doubts as to whether compulsive sexual behaviour could be classified as obsessive-compulsive disorder or perhaps cognitive control impairment. After studying brain activity, the researchers ruled out both possibilities. "What we see in the brains of people compulsively using pornography is exactly the same mechanism that we see, for example, in gambling or substance addiction. It is a mechanism of increased reward system responsiveness to stimuli, for example those associated with the use of pornography" - says Dr. Gola.

The psychologist compares this situation to the Pawlov`s dog experiment. When the dog always heard bell ringing before feeding, after some time it started drooling at the sound of the bell.

He says that if someone always uses pornography to cope with stress, the very appearance of stressors causes an irresistible desire to reach for pornography. In many respondents, a factor associated with sexual activity was also that they were in a room alone with a computer or cellphone.

HOW TO STUDY THE BRAIN OF A SEXOHOLIC?

Researchers had to work hard to show in an experimental setting how the brain of a person with compulsive sexual behaviour works.

During fMRI brain study, the subjects (heterosexual men) played a simple game: when seeing the image of a triangle on the screen they had to press the button under the left hand, when seeing a square - the button under the right hand. Sometimes there was money to win, sometimes a picture of a naked woman, and sometimes nothing. Before each task there was a clue - a pictogram suggesting the prize in the game.

The brain work of people with compulsive sexual behaviour and the brain work of the control subjects were compared at different stages of this task. It turned out that at the time of receiving the prize - a picture of a naked woman or money - the brains of hypersexuals and other volunteers worked similarly. The biggest difference was visible at the time the hint was displayed. "When an addict of sex saw a pictogram announcing that the prize would be erotica - the reaction of the reward system in his brain was much stronger than that of the control subject, and often higher than when the subject saw that the prize would be money" - sums up Dr Gola. The research was published in the journal Neuropsychofarmacology (https://www.nature.com/articles/npp201778).

Now, knowing more about the brain mechanisms of compulsive sexual behaviour, within the framework of the hypersexualism.pl project scientists are trying to develop the most effective therapies and methods of helping those affected.

"There are different approaches to therapy, but it is not known which is the most effective" - notes the scientist from the Institute of Psychology PAS. In the case of addictions such as alcoholism or gambling addiction, you can work on completely eliminating of these behaviours from the lives of addicts. Addiction to sexual behaviour is a bit different, because sexual needs are natural human needs and it`s hard to eliminate them completely. "From my perspective, the goal of therapy is to develop sexual behaviours that do not cause problems" - says the psychologist.

Currently, the project hiperseksualność.pl is recruiting volunteers for research on sex addiction among homosexual people (http://www.hiperseksualnosc.pl/wez-udzial-w-badaniu/mezczyzni-homoseksualni-poszukiwani.html). A study of sex addiction among women will also launch soon. "Until now, no studies have been carried out in the world with the participation of these two groups" - says Dr. Gola.