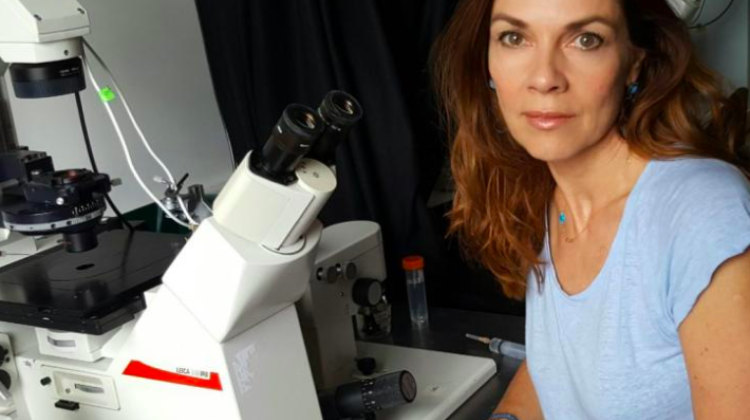 When does individuality begin? How is one cell able to create a thousand other, different cells? Prof. Magdalena Żernicka-Goetz from the University of Cambridge uncovers the secrets of the beginning of life. Her findings can help prevent developmental anomalies in humans.

"I decipher the dialogue between genes and cytoplasm and look for the answer to the question about the beginning of life" - says Prof. Magdalena Żernicka-Goetz. She studies the mechanisms of embryo development, and not just the correct ones.

HOW TO PREVENT EMBRYONIC DEVELOPMENT ANOMALIES

"About 30 percent of pregnancies are miscarried in the early stages. It is a natural mechanism that prevents the development of abnormal embryos. Our research contributes to understanding why there are so many such miscarriages, in other words - why there are so many developmental anomalies and how they can be prevented" - explains the embryologist.

Prof. Żernicka-Goetz checks to what extent the results of prenatal tests of the cells taken from the placenta allow to estimate the condition of the child in the womb.

Her research path was inspired by the result of prenatal tests that she herself underwent 11 years earlier while pregnant. The results showed that almost one-third of the cells taken from the placenta had a strong developmental defect of the second major chromosome. If this chromosomal aberration were present not only in the placenta cells, but also in the child, it would not be able to survive. But the boy was born healthy and capable. How is this possible?

"An embryo at the beginning of its development can be imagined as a ball. Some balls only have white patches. Other balls have black and white patches. Black ones are abnormal cells and white ones are normal. At this point, this embryo does not yet have a placenta. We found that healthy cells win the competition with the abnormal ones and form the child`s tissues, and the abnormal cells become part of the placenta" - explains Prof. Żernicka-Goetz.

Her team conducted research on mice, because the early development of mouse and human embryos is very similar. In the course of their experiments, the researchers discovered why defective cells would build a placenta and not a child.

"If the abnormal cells are in the part of the embryo that forms the child, they die. We do not know if they kill themselves or are killed by other cells. We are still working on this discovery" - says the embryologist. "Of course, this unfortunately does not mean that all abnormalities are eliminated" - she adds.

OBSERVATIONS OF HUMAN EMBRYOS IN THE LABORATORY

The Polish researcher conducted the world`s first scientific observation of the development of the human embryo in the laboratory. Work with human embryos is controversial but - as Prof. Żernicka-Goetz explains - scholars must refer their knowledge to human development if this knowledge is medically important.

No scientific discoveries are made on human embryos. It is also forbidden to create human embryos for research purposes. In England, embryos can be observed until the 14th day of their life. They are donated to scientists by patients of artificial insemination clinics. These are additional, often abnormal embryos that doctors could not place in the mother`s body.

"Just over 1 percent of my work is devoted to human embryos, 99 percent is about something else. Human embryos are extremely rarely donated for scientific research and very difficult to work on. My group made the most important scientific discoveries while working on mouse embryos. Stem cells are convenient experimental models that can be modulated. We can silence or strengthen particular genes. This is unacceptable in the case of human embryos" - notes the researcher.

Historically, scientists did not have technology that would allow to observe already nested embryos, they could only grow them until the blastocyst phase.

"We knew then that most abnormal cells would be eliminated before embryo implantation. Over the past 3 years, we have developed a technology that allows to observe older embryos. We will try to use it to see to what extent the +bad+ cells are still being eliminated when a child begins to form" - says the Polish researcher.

THE FIRST DECISIONS OF EMBRYOS

Magdalena Żernicka came to Cambridge in 1995 after her doctorate. She made an important observation with other researchers - by accident, she says. She was testing the plasticity of embryos and found that the embryonic cells would begin to differentiate as early as in the four-cell stage, that is before the embryo nests in the uterus. Much earlier than described in scientific textbooks.

"I could not believe it for a long time and I took several years to confirm the results of our research. It was also difficult to convince the scientific community that this was really happening. Our accidental discovery contradicted the dogma of embryology" - the researcher says.

She explains that the embryo begins to make serious decisions in its a day earlier than previously thought and that it happens gradually. The mechanism of this "decision-making" also turns out to be different.

"Scientists used to believe that the environment influenced the fate of the embryo cells. However, we determined that there was a natural mechanism for cell differentiation. And different genes started to be expressed already in a four-celled embryo. And that way the +genes are expressed+, i.e. gene expression, determines what each cell will become" - she says.

She adds that this difference does not determine the fate of our development. The cells still have an amazing plasticity and each of them can still be shaped in its own way. The character of such a cell can be compared to the character of a child - it is already starting to make its first decisions, but it can still be shaped. The professor`s own science group looked for the mechanism responsible for that.

The Foundation for Polish Science reminds about the achievements of the Polish researcher working at Cambridge as part of its campaign #JestemStartowcem. The aim of the campaign is to raise funds for a program supporting young scientists at the earliest stage of their careers. More at www.fnp.org.pl