New mRNA modifications developed by researchers from the University of Warsaw 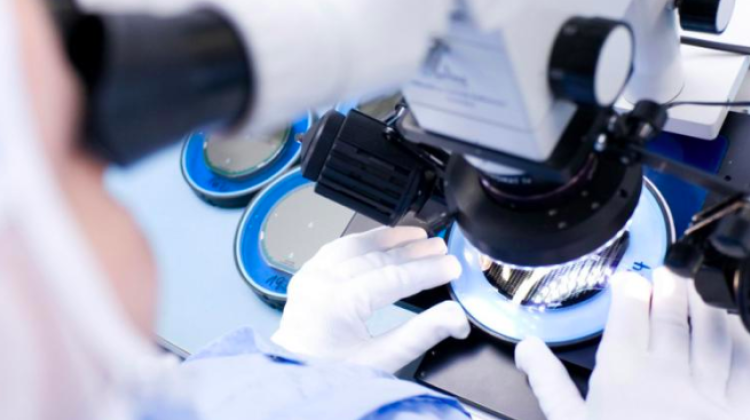 Scientists from the University of Warsaw have developed new mRNA modifications. According to the researchers, one of the modifications may find application in the development of a drug for spinal muscular atrophy (SMA) or other genetic disorders.

According to the release sent to PAP, the discovery includes two modifications: the first one is the modification of structures terminating each mRNA molecule, called the 5` cap. It enables a cheaper and faster synthesis of any mRNA necessary to design innovative therapies, and allows to run clinical tests at the appropriate scale.

The second modification allows to obtain a molecule that strongly inhibits the cap-degrading enzyme that occurs naturally in cells. According to the researchers, this discovery may be used in the development of a drug for spinal muscular atrophy (SMA) or other genetic disorders.

"One of the cap modifications we have developed may be used as a medicine in the future. We have discovered a molecule modification that strongly inhibits the cap-degrading enzyme present in living cells. This new molecule is over one hundred times more active than our previous inventions. This effect is desirable in the fight against a serious condition, spinal muscular atrophy" - explains Dr. Joanna Kowalska, quoted in the press release.

She adds that one of the global pharmaceutical companies clinically tested a compound with a completely different structure for this purpose. But that compound exhibited inferior properties compared to the molecule developed at the University of Warsaw. For the discovery to become a drug, further research is needed to develop an efficient drug delivery strategy, and an investor who agrees to take a risk and carry out pre-clinical tests and then clinical trials for the new drug on a sufficient scale.

The team`s previous discoveries allowed to synthesize a stable and productive mRNA, but it had two types of spatial arrangements. Only one type of isomer can be used for therapy, which means that each drug manufacturing process would require purification of the final compound to remove the undesired isomer. This way, half of the precious synthesized compound had to be removed, resulting in a longer and more expensive production process. This caused a "bottleneck in the production process of drugs based on synthetic mRNA". "Our invention will ultimately remove this technological limitation" - says Prof. Jacek Jemielity, quoted in the release.

"We are currently in advanced talks with representatives of pharmaceutical companies interested in obtaining stable mRNA used in innovative medicines. The possibility that looks particularly interesting is using our invention in completely different therapeutic areas than those in which our previous discoveries were used - that is, not only to design anticancer vaccines" - notes the researcher.

Both inventions are covered by patent protection, and the results of research have been published in the Journal of the American Chemical Society (JACS).

"This is an exclusively Polish scientific work. It does not often happen that research without the participation of foreign scientific centres is recognized by reviewers at such a high level" - says Prof. Jemielity.

His team has been working on creating similar terminations of mRNA molecules for several years. Recently developed modification consists in replacing only one oxygen atom with one atom of sulphur. In the second modification is more extensive: three oxygen atoms have been replaced with three sulphur atoms.

For their achievements, the Warsaw scientists have been nominated for the 2006 European Inventor Awards 2018 in the "Research" category. Voting in the Popular Prize category has already started - winners will be selected in an online poll, in which you can vote on the website.