Failures in cellular power plants have quite an unexpected course 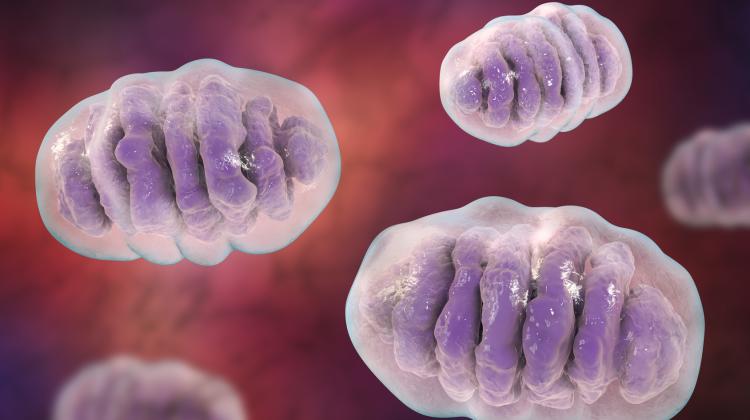 Failures sometimes happen in the cells. As part of the ReMedy program at the Centre of New Technologies of the University of Warsaw, scientists check how the cells handle various defects. Recently they showed what happens when the mitochondria - cellular power plants - fail.

Prof. Agnieszka Chacińska and Prof. Magda Konarska received PLN 35 million to set up the ReMedy research centre at the Centre of New Technologies of the University of Warsaw. The research focuses on how cells are able to repair damage. The funds come from the International Research Agendas programme of the Foundation for Polish Science.

In a publication in Nature Communications, the team of Prof. Chacińska and Prof. Betina Warscheid recently showed what happens in a cell when mitochondria fail. This reaction is quite unobvious - the cell suspends the production of all proteins, the basic sets of blocks from which the cell and its components are built.

"Mitochondria in a bad shape can make quite a mess in the cell! The cell defends itself against it. Until now, research has not paid attention to it" - says Prof. Agnieszka Chacińska.

Mitochondrial defects can be particularly dangerous in tissues such as muscles or the brain. Mitochondrial dysfunction is related to neurodegenerative diseases (such as Parkinson's disease or Alzheimer's disease), as well as rare metabolic diseases that are not yet treatable.

POWER PLANT IN US ALL

What makes us live is, among other things, myriads of tiny motors that work tirelessly in our cells. However, these motors need a power system. Our cellular energy providers - power plants - are mitochondria. These structures within cells burn sugars or fats that we eat. The energy created there is used to produce a certain compound - ATP. And ATP is like a charged universal battery that fits almost every motor in the cell. A single cell can have hundreds or thousands of mitochondria that send ATP all over the cell.

However, a malfunction in this cellular "power plant" can cause several problems. In the long run, the cell may start running out of energy. Another problem is that damaged mitochondria often develop a "leak". That leads to the appearance of reactive oxygen species (free radicals) that can do a lot of damage in the cell.

However, the team from Poland and Germany showed that in the event of a mitochondrial failure, the most urgent problem for the cell is ... excess of proteins.

"Our research shows how important it is for cell to properly manage proteins and avoid having too much of them" - the scientist says.

The Polish-German team wrote about it two years ago in "Nature". Researchers showed that when the mitochondria are damaged, the cell triggers protein destruction mechanisms. Unnecessary blocks - including the mitochondrial ones - are dismantled.

The latest paper in "Nature Communications" presents another mechanism that prevents unnecessary proteins from wandering around the cell in the event of a mitochondrial defect.

YOU HAVE A FAILURE? FIX IT! WE WILL WAIT!

It turns out that when a "leak from the power plant" is detected in cell, so when reactive oxygen species from the mitochondria are detected, the ribosomes stop the production of proteins for a while. And that means all proteins...

"This gives the cell a moment to catch a breath, and the mitochondria gain time to patch the leak" - the researcher concludes.

Researchers discovered switches on ribosomes (associated with the structure of so-called zinc fingers) that react to the appearance of reactive oxygen species. They stop the production of proteins.

The tests were carried out on yeast cells. Research has shown that protein production can be suspended for about an hour. If the situation in the mitochondria does not improve after this time, further mechanisms are initiated.

Scientists in the ReMedy centre will explore the various cellular mechanisms that are initiated in connection with various "failures".

"There is still a lot that we do not know about what happens in cells in response to stress. We want to invite the best scientists who specialise in this to cooperate, to help us investigate that" - says Prof. Chacińska. She adds that her centre has announced recruitment for team leaders. "We are looking for open minds" - she concludes.