Stimuli from the past can affect the intensity of experienced pain 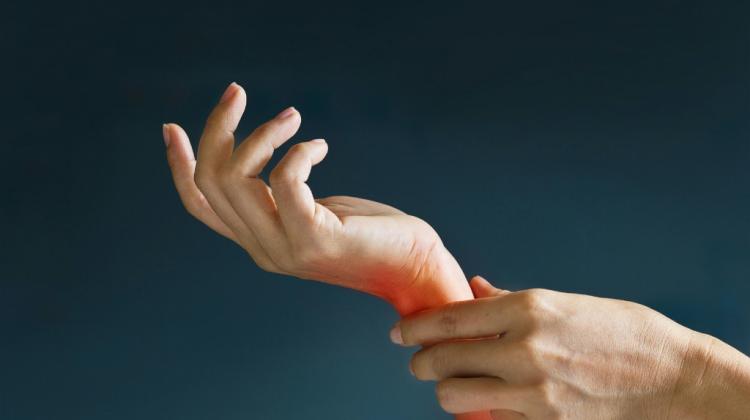 The intensity of pain may be influenced by seemingly unrelated environmental stimuli that we have associated with the increasing or decreasing intensity of pain in the past, according to a study by researchers from the Jagiellonian University.

They taught a group of subjects that light of particular colour is associated with weaker pain. When seeing that colour later, the subjects unconsciously identified the pain stimuli that followed as much weaker.

To carry out their experiment, researchers from the Institute of Psychology at the Jagiellonian University used classical conditioning. It is a well-known learning process in which an initially neutral stimulus, after its association with a stimulus that triggers a specific reaction, starts to trigger that reaction. An example is the work of a Soviet scholar, Ivan Pavlov, who used the dog\'s natural reflex to drool at the sight of food and "taught" it to drool in response to the sound of a tuning fork. How it\'s possible? For a while, the dog would hear the sound of the tuning fork each time before feeding.

"The idea that classical conditioning is responsible for placebo and nocebo effects is not new - it was formulated already in the 1950s" - said one of the authors of the study, Dr. Przemysław Bąbel from the Department of Pain Research of the Institute of Psychology, Jagiellonian University, quoted in the release sent to PAP.

"We wanted to see if that was always the case. We assumed that classical conditioning could trigger a placebo effect not only without changing expectations, but above all without the patients\' awareness that they experience placebo or nocebo effects" - said Dr. Bąbel.

So the researchers conducted a study of 42 healthy subjects randomly divided into three groups: placebo, nocebo and control group. All subjects received pain stimuli that were preceded by orange or blue light emitted on the computer screen. In the placebo group, one of the colours was preceded by painless stimuli, while in the nocebo group the stimuli were stronger. In the control group, both types of light were preceded by stimuli with moderate intensity. During the last stage of the study, after the emission of light in both colours, the subjects received stimuli with the same, moderate intensity.

The subjects evaluated the expected pain intensity using special scale; the intensity of pain they experienced during the test; and the fear they felt before receiving the stimulus.

Researchers have observed that in the placebo group, emitted light produced a placebo effect and reduced the perceived intensity of pain. This means that the subjects have learned that the light precedes a weaker pain. They evaluated pain as weaker when it was preceded by the light with certain colour. The opposite was achieved in the nocebo group. There, the specific colour of light increased the subjectively perceived intensity of pain, resulting in nocebo effect. The study also showed that the result was not influenced by the participants\' expected pain intensity or the fear that accompanied them.

The results of the study may be of interest both for further studies on pain and in medical practice. "Our experiment demonstrates the importance of the environment in the treatment process. It indicates that apparently unrelated stimuli in the environment (coloured lights in our case), which in the past have been associated with severity or weakness of pain, may affect the subjectively perceived intensity of pain. This happens even when patients are not aware of their association with pain" - concluded Dr. Bąbel.

The results have been published in PLOS ONE.