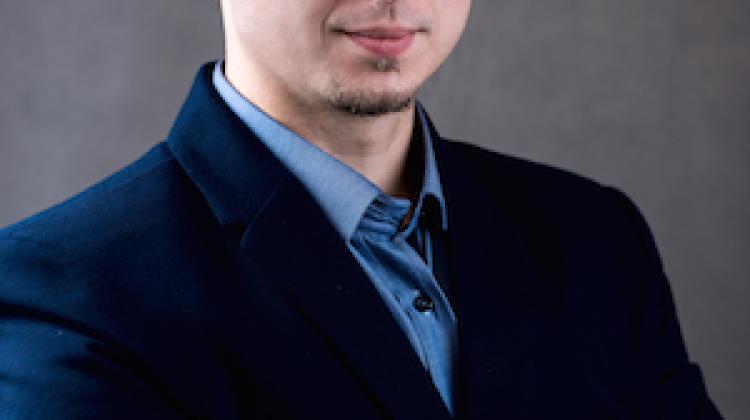 The 5th term of office of the Young Scientists Council (Rady Młodych Naukowców, RMN) has begun. Dr. Emanuel Kulczycki, its new chairman, argued in an interview with PAP that the council is a Polish innovation in science policy. "In this way, Poland shows that it is worthwhile not only to listen to young scientists, but also include their voice in decision-making" - he said.

The Young Scientists Council exists as an advisory body to the Ministry of Science and Higher Education since 2010 and works alongside other bodies such as the Committee for Evaluation of Research Units and the Scientific Policy Committee. The task of the council is to support the Ministry of Science in activities aimed at career development of young researchers and people starting a career in science. It is a body whose existence has been guaranteed by law, due to which the council has become an important element of the science system.

Dr. Emanuel Kulczycki noted that scientists associate in various scientific societies and associations. In this way, they try to solve problems and to lobby the government for issues relevant to them. According to the Chairman of the Young Scientists Council, the power of such associations or corporate bodies of scholars are limited compared with the council because they are not an integral part of national science policy.

"The Young Scientists Council is appointed at the government level, and thus Poland shows that it really takes the voice of young scientists into account. It is a unique solution that can be described as a Polish innovation in science policy" - argued Dr. Kulczycki.

In fact, other European countries are watching the Polish solution with interest. In late September in Bucharest, Dr. Kulczycki will present the principles of the Young Scientists Council at the "Sci-Generation" meeting that will prepare recommendations for European countries concerning integration of young scientists in science policy.

In addition to its advisory activity, giving opinions on legislation and participating in the work of specialized teams, the council undertakes additional initiatives addressed to young researchers. In recent years, it organised a series of conferences "Research Funding Mechanisms" that helped researchers understand the grant system. To improve the situation of young scientists in this system, the council works with the National Science Centre and the Ministry of Science, and proposes improvements to the rules of competition such as "Prelude", "Diamond Grant" or "Iuventus Plus".

An important success of the council was securing the change of the definition of a young scientist. From 2015, the age of such person is determined based on the year of birth, and not as it was before - based on the exact date of birth. The council levelled the chances of those born, for example, in January and December. The legislators have also thought about young scientists who are parents, who are pursuing grants in various programs. As of this year, duration of the various types of leave for the upbringing of children extends the period in which these people can apply for grants for young researchers.

Dr. Kulczycki outlined the following priorities for the coming years. "I believe that one of the main challenges is the transparency of employment of young scientists at universities and research institutes. However, the idea is not to condemn each violation, but to show good practice, what specifically should be done to ensure really transparent and open competitions at universities" - explained Dr. Kulczycki. According to the council chairman, the appropriate steps would include actual implementation of the "European Charter for Researchers" by the universities. The main problem, however, is to transform regulations into reality - believes the scientist.

"We should not have situations in which a very good candidate loses the recruitment competition to a mediocre scientist, because the competition was fixed to favour the latter. Since the threat of the stick does not change the situation, we have to show strategies that simply pay off and at the same time are beneficial for young scientists" - he said.

Not all council demands can be met immediately. Previous term of the council started efforts to transform a very popular among young scholars program, "Mobility Plus" into a registered scholarship, so that the beneficiary would avoid taxation and related practical and organizational complications.

"We hope that we will successfully conclude these efforts and look forward to the support of the Minister of Finance in this regard" - summed up Dr. Kulczycki.

The council is composed of young scientists selected from among candidates who have volunteered to be a member and made suggestions for activities to remove barriers to the development of Polish researchers.

"The voice of active young scientists is needed in the ministry. This is the best way for the young community to show its situation, which barriers researchers face, and what could be improved in the current system" - concluded Dr. Kulczycki.

Dr. Emanuel Kulczycki participates in the work of the Young Scientists Council since 2013. He works at the Institute of Philosophy of Adam Mickiewicz University in Poznań as a lecturer. In August, he was elected chairman of eighteen person Young Scientists Council for two-year term. The council’s initiatives are presented on its official website: http://rmn.org.pl/