Tooth decay was major problem for our ancestors 9,000 years ago 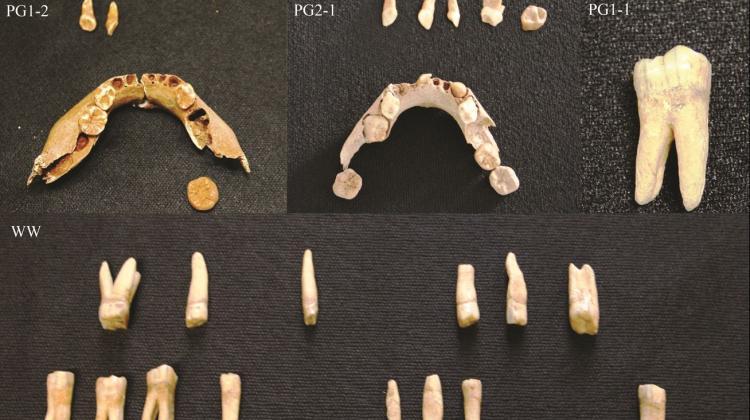 Scientists have found traces of rampant tooth decay in the teeth of people living almost 9,000 years ago in today's Poland.

According to the researchers from the Cardinal Stefan Wyszyński University in Warsaw, the disease, which is also known as caries, could have been the result of consuming too much fruit and honey.

Traditionally, it was thought that tooth decay became common only after man began to lead a sedentary lifestyle and use more processed cereal products. But, with farmers not appearing in Poland until about 7,000 years ago, the 9,000-year-old discovery has taken the scientists by surprise.

The bones of a three-year-old child and two adults, were discovered in the 1960s, but although basic metric measurements were made and the age and the gender of the individuals was determined, researchers did not detect any dental diseases.

Professor Jacek Tomczyk from the Institute of Biological Sciences of the Cardinal Stefan Wyszyński University in Warsaw said: “We used a fluorescent camera and various X-ray imaging methods. We detected caries, which was not a large enamel defect.

“Traces of caries are preserved on molars, rich in furrows and depressions, with an irregular surface. It is obviously difficult to speculate whether tooth decay would develop further if the owners of the teeth had lived longer.”

Although their diet consisted largely of fish, which contains anti-caries effects used in some of today’s toothpastes, people living in the Mesolithic age, would also eat berries and other fruits found in undergrowth, and possibly also honey.

Anthropologist Professor Krzysztof Szostek from the Institute of Biological Sciences of the Cardinal Stefan Wyszyński University in Warsaw, said: “Tooth decay has various causes. It is not only diet-related. It also depends on eating habits: the frequency of eating meals or the composition and pH of saliva. But people consuming more sweet products do have a higher risk of developing caries. Research carried out on the remains from the same period from southern and western Europe (Spain and Portugal) shows that caries was more common there than in northern Europe. Diet was probably one of the main factors of this difference.”

The article on the research project was published in the Journal of Archaeological Science - Reports.