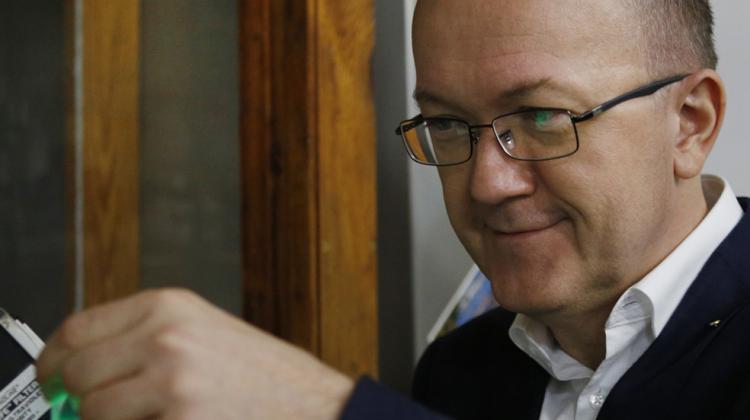 Polish chemists have developed stable dyes emitting a strong red light to enable fluorescent microscopy studies of deep biological structures and observation of antibodies or proteins involved in the development of brain-damaging diseases.

AND YET IT GLOWS

Professor Daniel Gryko from the Institute of Organic Chemistry of the Polish Academy of Sciences said: “Designing and then synthesizing better dyes will enable the further development of STED (Stimulated Emission Depletion) microscopy and in the future for its use in medical diagnostics.”

The red light is best visible under a fluorescent microscope and its new organic compounds can be used as fluorescent probes.

The results of the research were presented in a publication in the journal Angewandte Chemie. According to the Foundation for Polish Science which financed the project, the initiative changes the way of looking at compounds that have two nitro groups in their structure. Until now scientists believed that the nitro group almost always suppresses fluorescence. And yet DPPs emit light despite having such a structure. Researchers have shown that with the right assumptions, the nitro group does not affect the compound's fluorescence. This is important because this group often increases marker stability.

FROM HIGHLIGHTERS TO ADVANCED MEDICINE

Fluorescence is the ability to emit light of a certain colour as a result of excitation with light radiation of a certain length. Fluorescent compounds are often used in practice, from highlighters to tablets, laptops and even TVs with OLED displays using diodes based on organic compounds that emit blue, green and red light.

Professor Gryko said: “Fluorescent compounds have also found applications in modern molecular biology and medical diagnostics. They are used to observe various cell organelles, proteins with fluorescence microscopes, and to track processes that occur in cells.”

Fluorescent dyes or markers are needed to perform such observations. These dyes must penetrate the cell membranes of living cells. They are attached to an object that should be visible under a microscope, for example a specific protein, which makes it possible to observe specific antibodies or proteins involved in the development of brain damaging diseases, fo example in Parkinson's, Alzheimer's or Huntington's disease.

The most advanced fluorescence microscopy technique is STED microscopy, in which, in addition to the beam of exiting light, an additional beam is used that quenches fluorescence at the edges of the exited spot. As a result, the obtained image has a very high resolution.

The development of STED fluorescence microscopy was awarded the Nobel Prize in 2014. Thanks to this method, it is now possible to perform precise research on protein interactions in cells or tissue differentiation in embryonic development.