Without a shadow of a drought! Droughts set increase despite recent rain deluge 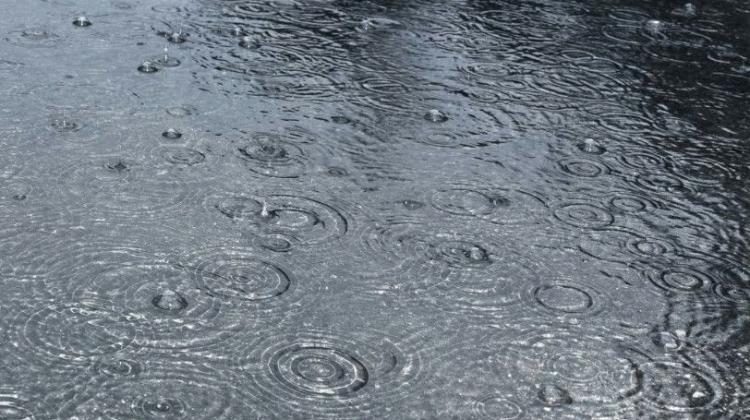 Despite the recent heavy rainfall across many parts of Poland, droughts could intensify in the future, a Lodz academic has warned.

Ecohydrologist Professor Maciej Zalewski from the University of Lodz said: “The fact that it has been raining for several days does not mean that the threat of drought has passed completely.

“Remember that drought has several dimensions: we can talk about atmospheric drought (when it does not rain), but also about soil drought when the humidity of the soil is not sufficient.

“And although it is raining, there are places in Poland where drought persists.”

Because of specific geological structure of the substrate, drought can also appear in places where it rains because rainwater quickly flows into the rivers and further into the sea.

Precipitation is the key to rebuilding deep groundwater resources, which should be preserved particularly because they can be used during periods of water deficit. But scientists believe that this option should not be used too often to prevent depleting these resources.

According to Zalewski, Poland can expect increasingly frequent summer seasons, in which we will be dealing with drought and colder, wetter summers may occur alternately. He said: “Generally, as a result of global climate change and rising temperatures around the world caused by man, we will experience a greater weather variability. In Poland there has been a change in air circulation: it was once east-west, now north-south circulation prevails. That is why either very warm or noticeably colder air flows to Poland.”

He added that although the amount of precipitation per year will not change dramatically, climate change-related phenomena will have a negative impact on the environment. Snow cover, which has a key role in the reconstruction of groundwater resources, has been very small in Poland in recent years. The strong transformation of the environment by humans also means that rainwater is not retained for a longer period; the water flows quickly into the rivers and then into the sea.

Zalewski said: “We should ensure longer water retention deeper in the country. Retention in water reservoirs is crucial. To prevent drought, it is also important that rivers are not regulated.”

One of the simple solutions can be used by farmers: leaving rows of trees in the arable fields at least every 400 meters. “Felling them out causes the +dryer+ effect. It accelerates the wind and the water evaporates faster. This, in turn, causes the leaching of organic matter. As a result, water flows quickly into rivers and is not absorbed by the soil,” Zalewski said.

Meadows and wetlands for water retention in soil are also important. In cities, greenery and trees have a positive effect on this and should be common as they absorb excess rainwater and prevent urban flooding as a result of sudden rainfall, retain humidity for a longer time and improve the local microclimate. Surfaces covered with concrete and asphalt have the opposite effect.

Zalewski said: “The key is to stop CO2 emissions so that global temperatures do not increase, as they contribute to extreme weather conditions. Each of us can contribute to this by changing our daily habits.”

He added that we should expect a series of years with heat and drought, alternating with more cooler and humid periods. It can also happen that, like this year, a strong hydrological 'swing' will occur over the course of just a few weeks.