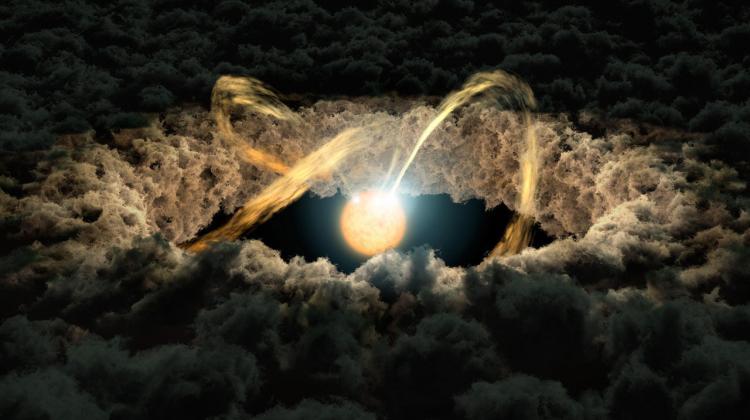 By using radio-astronomical observations from the ALMA and VLA radio telescope networks, the international team found that very young disks (0.1 to 0.5 million years old) around stars have enough elements to build planetary systems.

Lead researcher Łukasz Tychoniec, a PhD student at the Leiden Observatory in the Netherlands and a graduate of the Adam Mickiewicz University in Poznań, said: “To unravel the mystery of how planets form, we have to look at the youngest stars in the Galaxy, check the earlier stages, instead of looking for the missing mass.”

The scientists studied 77 protostars in the Perseus molecular cloud, a star-forming area approx. 1,000 light years from us with an estimated age of between 100,000 and 500,000 years.

Based on the observation of radiation emitted by dust grains found in the protoplanetary disks, the researchers found a magnitude larger than in the case of slightly older disks in a later phase of evolution.

The paper was published in the journal Astronomy & Astrophysics.

Find out more here and here.