A bit of how’s your father: Animal prof compares fatherhood in the human world with that of birds 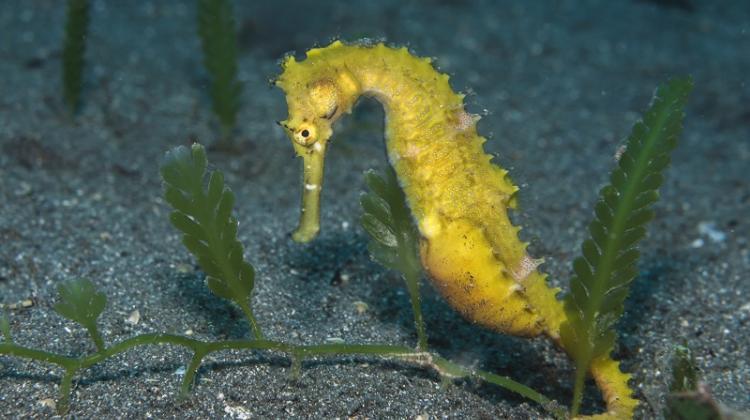 The very fact that we are looking for spectacular examples of fatherhood in the animal world is indirect proof that we intuitively feel that the significance of the father is far different than that the mother, says zoologist from the Poznań University of Life Sciences, Professor Piotr Tryjanowski.

Fatherhood begins with seducing a female. Each species has a different strategy. Probably the most wonderful in this respect are birds with their songs, colourful feathers and even dances. Spectacular mating behaviour and the efforts of males resemble that of humans. “Yes, this is a somewhat risky hypothesis, but if we look at it closely (and psychologists and behavioural ecologists) have been researching it for years), seductive guitar playing, writing poems, fast driving and crazy hobbies are the domain of boys entering reproductive age rather than girls,” says Tryjanowski.

“Some of them hardly grow out of it,” he continues. “But winning a female is just the first step, which does not have to have a happy ending, or fertilization.”

He adds, however, that a date and even copulation do not guarantee paternity: "Life in nature is a soap opera: betrayals, courtship, alliances, scheming. Really everything, and sometimes we do not even know what is more important.

“After all, even the fact that two individuals have copulated together does not mean that we know who the father is! An unfaithful female can copulate many times. Our studies on shrike - and these are relatively faithful birds - have shown that their intimate life is full of surprises. The only thing that we know for sure is that you have to work hard to become a father.

“The male has to make an effort, and - slightly anthropomorphizing - give the female clear evidence that he cares, for example by feeding her before mating. The female controls paternity and can even organize semen races of different males. We know this thanks to tests based on DNA analysis, a standard used to determine paternity in humans. Interestingly, the first subjects of mass paternity tests were house sparrows. And it turned out that the birds were not as faithful as researchers had thought.”

But fatherhood is not just transferring genetic material, but also about caring for offspring. In many species, when fertilization is successful the male flees. Sometimes, like in the case of the European penduline tit known for its elaborate nests, it is almost a war: who will run away faster and who will take over the effort of feeding the offspring. In the case of the common moorhen, known from park ponds, the male behaves like a female: gains weight, broods eggs, looks after the chicks more often. There are quite decent theories, supported by observations of ostriches or cassowaries, that parental care in birds began with fatherhood. The female was simply so exhausted by the production and laying of eggs that the male had to take over during later stages of parenthood.”

He continues that this variety of fatherly behaviour is fascinating, and whether it be a blackbird, tree sparrow, white stork, common kestrel - the mystery of parenthood, and especially fatherhood, is different in each case.

He says: “Twenty years ago it was a hit of ornithological research. Interestingly, to this day the results of our work are cited not only in ethology (animal behaviour) textbooks, but also in criminology, and even found their way into a novel! Breaking the barriers of narrow specializations is something that researchers enjoys the most. You can see that fatherhood has potential and sometimes I regret having ended this research thread. Talking about it, I can sometimes see the fascination of listeners, but I prefer less known things and studying other mechanisms of behaviour. But who knows, maybe someday I will return to behavioural ecology.

“Finally a contemplation. Fatherhood - yes, basically it's biology, but being a dad is a real challenge and I'm afraid that simple references to nature can not help us much.

“Trust me, as a father of three daughters I know what I am saying. Behind me, here on the board at work, I have a magnet from my girls: +Anyone can be a father, but you have to be someone special to be a Dad+. This is strong, but sometimes positioning is necessary. Who could do it better than your own children?”