Universities
This text can be copied
Szymon Zdziebłowski

Full Consequences of Stopping Work in Labs to Be Felt Next Year, say Scientists 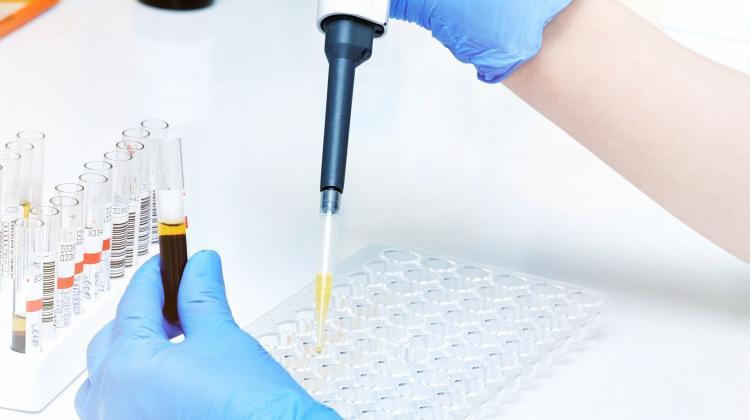 Scientists have warned that because of the coronavirus lockdown which saw some universities completely stop laboratory work, while at others it was severely restricted, the consequences of this will be felt in six months time with less scientific publications.

Following the Polish Minister of Science’s decision to suspend all classes at universities from March 12th, lectures, workshops and classes in laboratories and other forms of teaching were also cancelled. From mid-March to the end of May, universities in Poland were nearly completely empty and administration functioned to a very limited extent.

But not all scientists have left universities.

Professor Przemysław Wojtaszek, dean of the Faculty of Biology at the Adam Mickiewicz University in Poznan said: “We tried to maintain most of our long-term experiments based on plant or animal breeding. The losses associated with their abandonment would be huge, impossible to remedy. This was especially the case with 3-year grants, in which breeding and preparation took 2 years and in March or April they were scheduled to end or become a starting point for proper research.”

But experiments and research at the Adam Mickiewicz University did slow down and were partly suspended. Students and doctoral students were not allowed to participate in work and only single scientists could work in the labs, and only if their presence was absolutely necessary. It was justified by the ordinance of the university rector as 'maintenance of the university's processes'. Scientists could enter the Faculty of Biology only with the dean's permission. Selected scientists fed and observed organisms.

However, the organizations that award grants (including the National Science Centre and the Foundation for Polish Science) have agreed to extend project completion deadlines, which may help remedy the delays in experimental research.

And PhD students are now gradually returning to the laboratories of the Faculty of Biology of the Adam Mickiewicz University. The dean said: “Their knowledge can be invaluable, and their specialized skills are necessary for successful research. This applies, for example, to experiments conducted on tardigrades.”

Laboratory work was completely suspended at the Nanotechnology Research Centre of the West Pomeranian University of Technology in Szczecin. According to the head of the centre, Professor Mirosława El Fray, specially delegated university employees made sure that strategic devices were not turned off, including refrigerators containing frozen cells and other equipment. After disconnection from the network, they could not be restarted without calling a specialist service, which would involve fees reaching tens of thousands of zlotys.

Professor El Fray said: “Technical staff entered the laboratories and monitored the situation a few times a week, but no experimental work was carried out at the Nanotechnology Research Centre for two months.”

Following the Ministry of Science's announcements about loosening the restrictions (in the second half of May), more people began to appear in the university’s laboratories and they developed “a special schedule” so some people could resume their research projects.

According to El Fray, Polish scientists are more independent and have different work habits to their foreign colleagues, for example in the US, which results in part from smaller spending on science in Poland. She said: “We look after many things ourselves, because we don't have the financial comfort to, for example, call maintenance every often. Thanks to this, we are now able to successfully monitor devices in our laboratories.”

Similar problems affect universities and scientific institutions around the world. Research restrictions also affected CERN (European Organization for Nuclear Research), the home of the Large Hadron Collider. Since 20 March, instead of several thousand people working on the site as before, there have been only 300, and they are mainly involved in ensuring infrastructure safety. But physicists who analyse data from the accelerator can work remotely to some extent, according to information in the 'CERN Journal.

In turn, in early June an article in Nature about the problems of scientists working in laboratories cited information provided by a Canadian microbiologist from Montreal. After returning to the laboratory, it turned out that one of the freezers containing samples did not work. It is unclear if they will be suitable for further research. Another researcher, a neurobiologist from an American centre, expressed doubts about whether after a long break it would be possible to successfully continue research on specially trained mice.

Professors Przemysław Wojtaszek and Mirosława El Fray both believe that the consequences of almost complete lockdown of laboratories at universities will become visible in half a year or later.

“No experiments - no new results. So it is difficult to write a paper based on laboratory work,” said Professor Wojtaszek.

According to Professor Mirosława El Fray, many research projects will have to be extended by several months, and some experiments will simply have to be discarded. This is the case with drug release tests performed in the West Pomeranian University of Technology laboratories: the date of indirect control was during the time when it was impossible to enter the laboratories.

According to El Fray, the scale of delays in laboratory work in Poland is similar to that in foreign centres, including the US. “Polish scientists will suffer as much as their colleagues around the world,” she said.

Scientists working in laboratories also signal that they will probably have problems with the supply of protective equipment: masks, gloves and chemical reagents. Such reports are coming from some researchers in Poland and other countries, e.g. the US. In the case of availability, these items are often several times more expensive than before the pandemic.