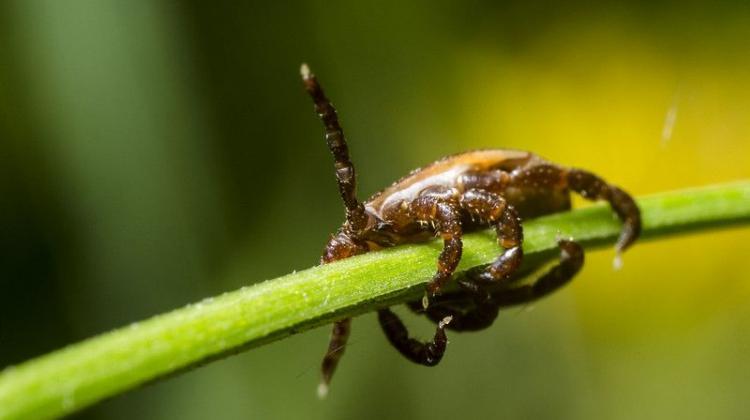 You can catch a tick not only in the forest or in the meadow, but also in city parks and playgrounds, warns Anna Grochowska a PhD student at the Medical University of Bialystok, who is conducting research on ticks.

She said: "We have already learned to check for ticks after returning from a meadow or forest. But few people realize that ticks also lurk in city parks and playgrounds. They are not uncommon there.”

The castor bean tick has a very wide spectrum of hosts, including animal species that live in cities. “Tick hosts are mainly small rodents and wild animals. In urban conditions, they can be hedgehogs, squirrels, birds and dogs.

“A tick needs at least three hosts in its lifetime: circulation of pathogens through it is therefore large,” she says. 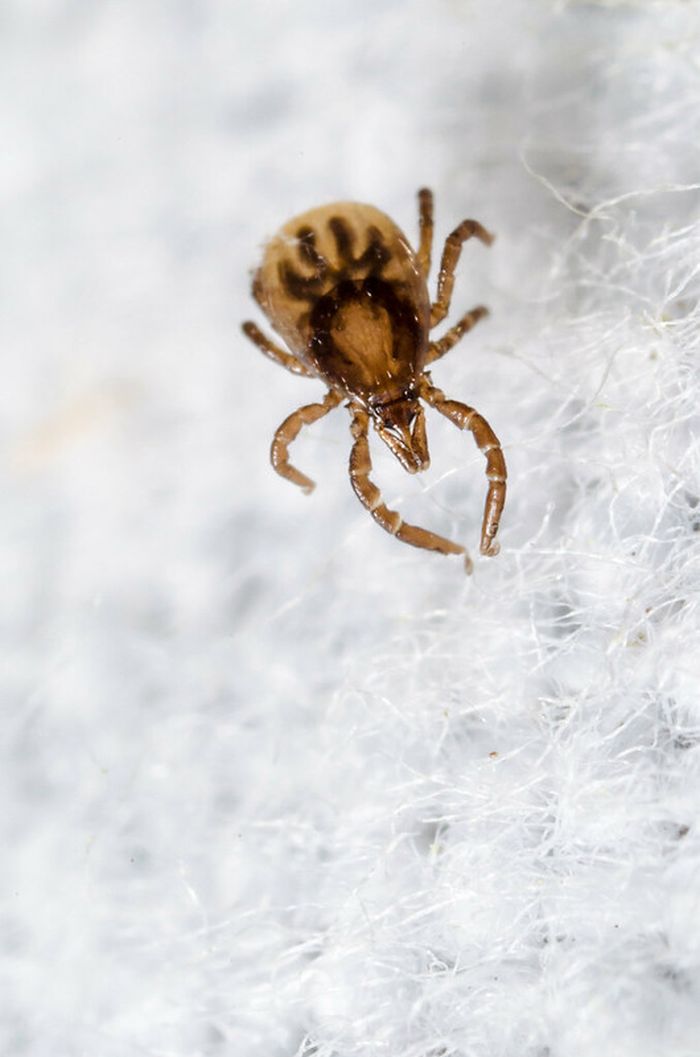 Tick-borne diseases include not only Lyme disease or tick-borne encephalitis, but also babesiosis, tularemia, rickettsiosis and anaplasmosis.

A Borrelia bacterium usually takes about 24 hours to get to the tick's salivary glands, and then to the host. But in the case of tick-borne encephalitis virus, we are already exposed within 30 minutes of being bitten. The sooner the parasite is removed, the better. 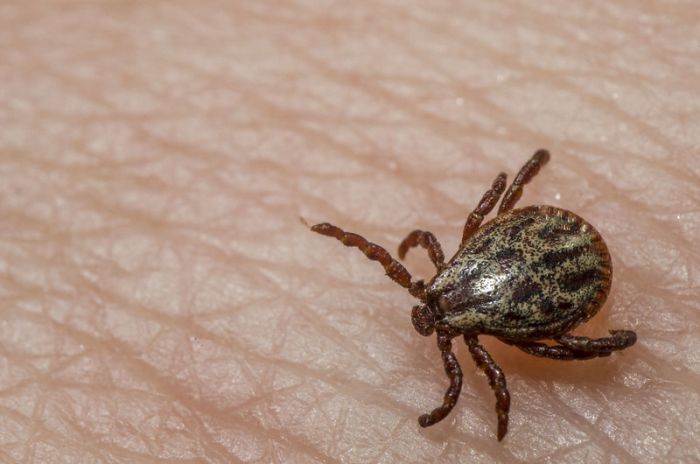 In a recent publication in Scientific Reports, Grochowska and her colleagues summarized various studies conducted over a quarter century (1991-2017) by scientists from all over Europe and attempted to determine the percentage of ticks in cities (and in suburban areas) that carry diseases.

They found that in Polish cities, the risk ranged from 1.6 to 28.7 percent. As for Europe, there were regions (for example Hungary) where almost 50 percent of the tested arachnids were infected. 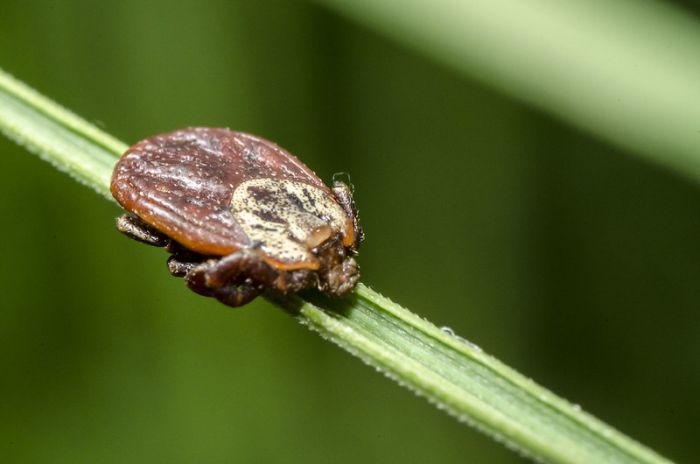 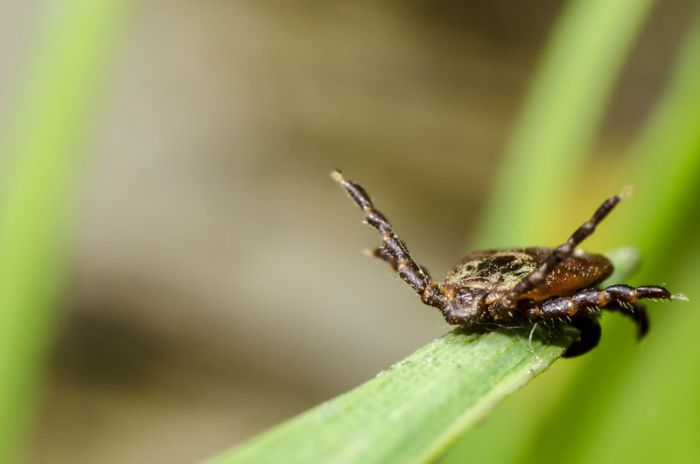 The tick's extended legs are part of the hunt. The tick waits for the host to catch it quickly when the opportunity arises. Credit: Krzysztof Matosek

According to the publication, 30,000 cases of Lyme disease are reported in the US every year, but the real number of cases can be up to 300,000. In Europe, it is more difficult to gather accurate data, but the estimated number is over 65,000 cases per year. The highest incidence rates are recorded in Germany, Austria, Slovenia and Sweden.

As part of her PhD, Grochowska researches ticks in Bialystok and Augustów. She said: “I cause quite a stir, because as part of my research I walk in green areas, dragging a white flannel flag stuck on a stick on the ground behind me.” She says that ticks sitting on plants attach to the fabric - this is their way of hunting. She then collects parasites from the fabric and examines them for the diseases they carry. “On a good day I catch 30 castor bean ticks in an hour. And sometimes even 50-60 larger meadow ticks', she says. 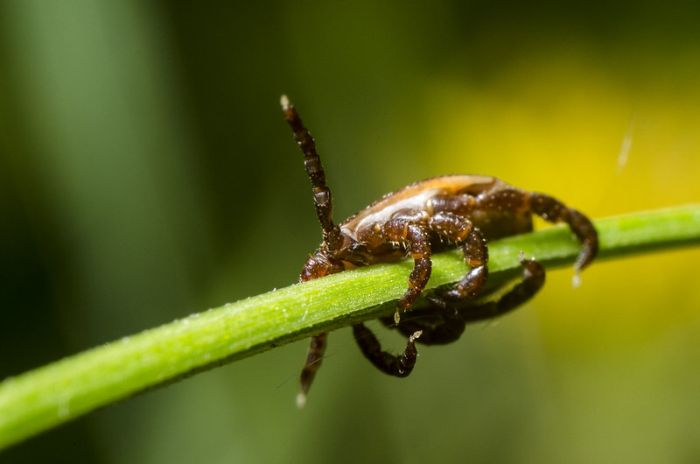 Grochowska added that when she realized how many ticks there are in the city, she became much more cautious: “I try to stick to the middle of the paths and keep off the lawns,” she said. 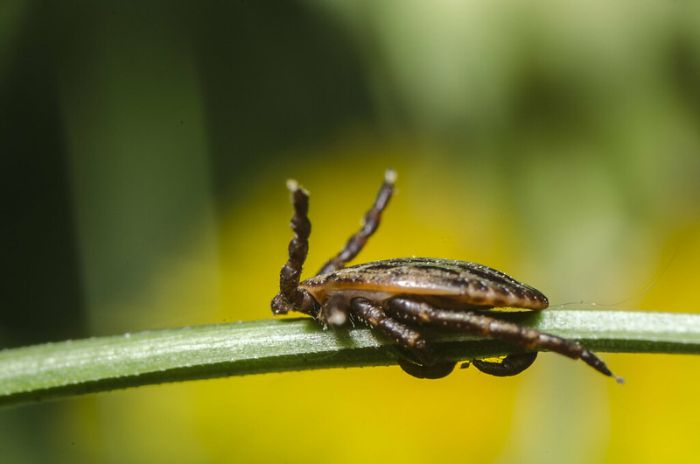