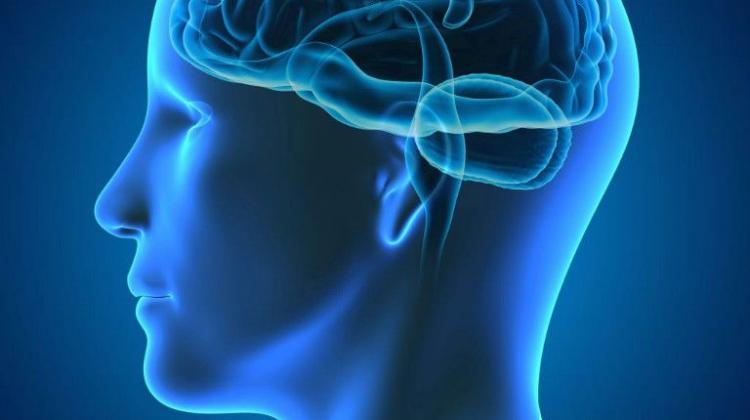 A lightweight, silicone headband that can monitor your brain after an injury is being developed by scientists in Wrocław.

The team from the University of Science and Technology’s Faculty of Mechanical Engineering say that the invention will not only make it possible to accurately track how damage and dysfunction in the brain occurs as a result of collisions and falls, but can also help in developing protective head gear such as helmets.

The device consists of sensors that measure the accelerations acting on the head, pulse, body temperature, blood oxygenation and sweat acidity levels. There are also electrodes that allow it to measure the electrical activity of the cerebral cortex.

The data is saved on a memory card and then processed by a computer.

Project leader Dr. Mariusz Ptak said: “No one has ever measured what happens to the cerebral cortex during a head impact. When a more serious accident happens, EEG is usually performed in a hospital, dozens of minutes after the accident. We have a chance to see how the electrical potential in the brain changes in real time.”

To test the headband, scientists invited volunteers from various sports disciplines, including a Wrocław University of Science and Technology student, who is a professional player in the Wrocław American football team.

Co-creator Marek Sawicki said: “We already have a lot of data on the daily activity of people, for example bouncing or running, which are also important, because we already know how the brain behaves and what stresses go through it.”

The protype of the invention had previously been tested on a child-sized crash test dummy. They dropped the 'doll' from playground swings and ladders to compare recorded accelerations.

Dr. Ptak said: 'While doing that, we found that a child playing in a playground covered with bituminous surface in winter is not the best idea. The surface, which normally absorbs some energy in the event of a fall, is as hard as asphalt in such conditions. Our headband recorded 100 g acceleration on the head of the mannequin falling on the rubber granulate substrate, which is really huge and threatens serious consequences.”

The Wrocław scientists are in contact with US neurobiologists involved in research on improving memory through the interaction of electrodes on the brain. The headband from Wrocław could also be used in these studies. (PAP)