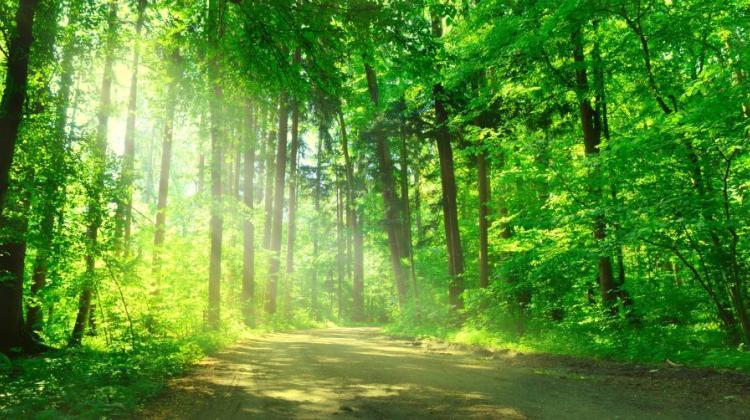 Scientists in Lublin have blown away traditional thinking after discovering that both light AND heat are needed for photosynthesis.

Until now it was thought that plants use only light quanta in photosynthesis and that thermal energy generated in the process wasan insignificant side effect.

But now a team from the Maria Curie-Skłodowska University and the Institute of Agrophysics of the Polish Academy of Sciences in Lublin have now found that photosynthesis also requires thermal energy.

The energy needed to sustain life on Earth comes from solar radiation which is possible because of photosynthesis. As part of this photosynthesis, light energy is converted into chemical bond energy, which can be used in biochemical reactions. In this process, plants also break down water, releasing the oxygen we need to breathe into the atmosphere.

Professor Wiesław Gruszecki from the Maria Curie-Skłodowska University told PAP: “Energy efficiency of photosynthesis is low. About 90 percent of the energy absorbed from light is released into the environment in the form of heat. Until now, we thought that from the point of view of energy efficiency of this process, the fraction released into the environment as heat is irreversibly lost. To our surprise, however, it turned out that photosynthetic apparatus in plants is so smart that it can still use some of the energy dispersed into heat.

“Plants recover some of the heat generated in photosynthesis and use it again to power light-driven reactions, including oxygen production.”

“If the food production processes do not change, then in the mid-21st century, when the Earth can be inhabited by more than 9 billion people, there will not be enough food for everyone, especially considering the worrying climate change.”

He added that if we were able to produce plants, in which the path of heat recovery is even more efficient, photosynthesis would be more efficient and plants would produce more biomass. This, in turn, translates directly into higher yields.

Another area in which the new knowledge can be applied, he says, is the production of devices for artificial photosynthesis and work is already underway in various places including Poland.

The results of the research were published in the Journal of Physical Chemistry Letters and scientists hope that knowledge of energy streams management in the photosynthetic apparatus of plants can be used to increase yields in agriculture.