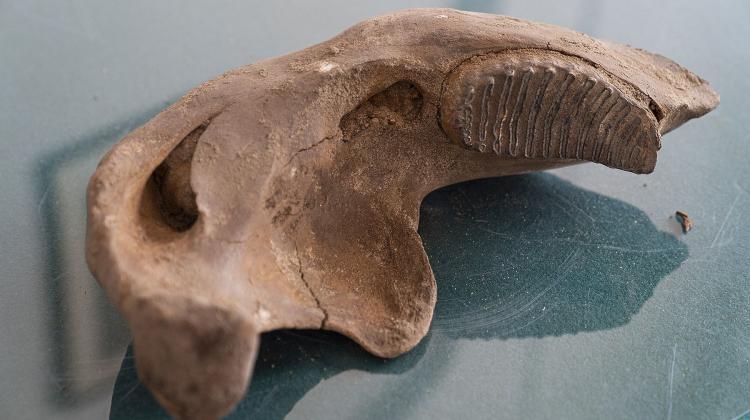 The remains of a prehistoric elephant have been found at a metro station construction site in Warsaw.

The 40cm fragment of the 20,000-year-old jawbone was discovered just before Easter during works on the capital’s M2 line in Zacisze.

Dr. Wojciech Borkowski, deputy director of the State Archaeological Museum in Warsaw, said: “It is probably a young specimen of a straight-tusked elephant from 20,000 years ago. Its age can be accurately determined after laboratory tests.”

He added that a molar tooth embedded in the bone could help experts determine the mammal’s dietary habits.

The discovery follows that made in December 2018 when workers on the metro site in the city’s Wola district found the bones of a female straight-tusked elephant dating back 130,000 years.  (PAP)