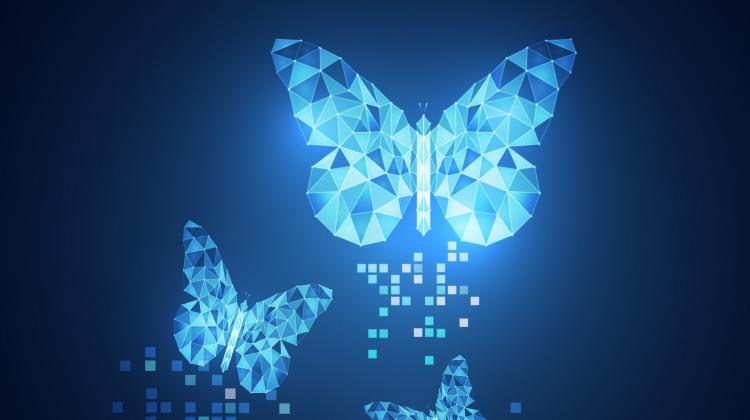 The sameness of particles results in their entanglement, which can also be observed in pure form without interaction. (Credit: Shutter2U/Vecteezy)

Particles at the distant ends of the Universe are entangled, according to research from the Institute of Nuclear Physics at the Polish Academy of Sciences in Kraków.

Until now it was only a theory that could not be practically used. But now, Polish physicists have shown how to create any type of entanglement for particles that have never met.

Intuition suggests that for interaction to occur between independently formed particles, they must be in direct or indirect contact with each other. In quantum mechanics, however, intuition fails, the research of Polish physicists shows.

Writing in the prestigious Scientific Reports, co-author Dr. Paweł Błasiak said: “We have shown how to create any type of entanglement for two and three particles that had never met and were never in contact through any intermediaries.”

Working with Dr. Marcin Markiewicz from the University of Gdańsk, the researchers have shown how it is possible to create any entangled state of two and three qubits (a qubit is a unit of information, the equivalent of a bit in quantum computers). These ideas are already being used in experiment at the Korea Institute of Science and Technology.

One of the greatest conceptual achievements in quantum mechanics since its creation are Bell inequalities, which Dr. Błasiak says “show nonlocality, or, in Einstein's words, spooky-action-at-a-distance.” The central concept in the description of nonlocality is quantum entanglement.

For example, if we have two entangled photons and we measure the polarization of one of them, we will know the polarization of the other. No matter where it is. Bell experiments show that the correlation between polarization measurements cannot be explained by any theory, in which cause and effect retain local character.

Quantum entanglement is a key phenomenon in computations of quantum computers, in quantum cryptography and quantum teleportation.

So far, quantum entanglement has been produced in the laboratory by means of interaction (in simple terms, the particles started from one point). Until now, it seemed that it was the only way to practically create such states.

But, says Dr. Błasiak, “quantum mechanics itself contains the postulate that all particles of the same kind in the Universe (even those at opposite ends) are identical.”

This means that, for example, all photons (as well as other elementary particles) in the entire Universe are identical, regardless of their distance. And the fact that they are indistinguishable means that they are formally entangled with each other.

However, this is only a mathematical description and it was not clear whether this entanglement could be used in its pure form (i.e. eliminating any possibility of influence along the way that could cause this mysterious entanglement).

“What we have shown with Dr. Marcin Markiewicz - developing the ideas of Bernard Yurke and David Stoler - is how to eliminate any such additional effects and bring out this entanglement in pure form. We show that this postulate is not only a mathematical procedure, but that even the independently formed particles (in the distant ends of the Universe) are entangled with each other from birth,” Dr Błasiak said.

For now, the Polish physicists' research makes it possible to create any entangled states of two and three particles in an innovative way. But they argue that this approach can be easily expanded to include more particles.

As part of further research, the two scientists intend to analyse the postulate of identical particles, both from the point of view of theoretical interpretation and practical applications.

Detailed information about the publication is available on the Institute of Nuclear Physics PAS website.