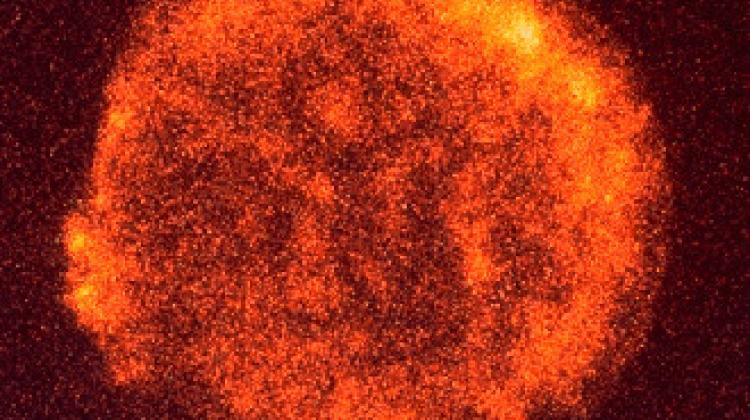 An international team of scientists has put forward a new method of searching for gravitational waves emitted by Core-Collapse Supernova (CCSN) explosions.

According to the Nicolaus Copernicus Astronomical Center PAS, which is part of the team including scientists from Scuola Normale Superiore, the Tor Vergata University of Rome and Swinburne University, CCSN explosions are among the most spectacular phenomena in our universe.

Writing in the publication Machine Learning Science and Technology co-author Filip Morawski said: “These explosions are so powerful that they can be observed even during the day (when the explosion occurred in our galaxy). Unfortunately, CCSNs are difficult to study. Firstly, they are extremely rare: only 2-3 explosions per century take place in the Milky Way.”

But as electromagnetic observations only provide information about the precursor of the explosion they are not enough to explain the process taking place in the centre of the dying star, the core collapse responsible for starting the sequences leading to the explosion.

Morawski said: “Because the light cannot pass through the matter surrounding the star, information about the collapsing core is not available for electromagnetic observations. However, this does not apply to gravitational waves that can pass through the outer layers of the star without being scattered or absorbed. Detection of this type of signal is expected in the near future in LIGO and Virgo detectors.”

The researchers analysed the latest CCSN models generated on the basis of hydrodynamic simulations of the neutrino-driven star core collapse process. The gravitational waves obtained were then added to the simulated non-stationary noise of Virgo and the Einstein Telescope (planned gravitational wave detector).

Morawski said: “The novelty of the proposed method of searching for CCSN signals is the use of a convolutional neural network (CNN) in conjunction with an algorithm that searches for signals in the noise, called the Wavelet Detection Filter (WDF). In addition, for the first time in CCSN research using machine learning, the authors included glitches recorded in the detector that can imitate astrophysical signals.

“This analysis enabled the reliability assessment of the proposed method in terms of false alarms caused by signals of non-astrophysical origin.”