Technology
This text can be copied
Ewelina Krajczyńska

Light up Your Fireplace With Coffee Grounds 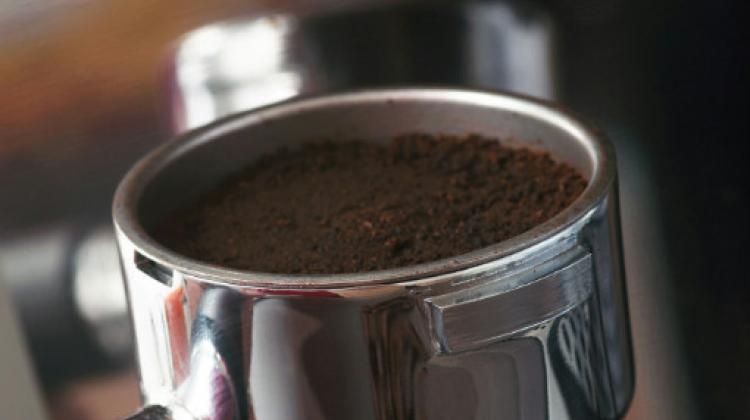 Used coffee grounds. If they don't end up in the trash, they can be used in peeling cosmetics or as a garden fertilizer. Now there is a chance that they can be used as... fuel for the fireplace or grill. A Warsaw University of Technology spin-off company is working on processing coffee grounds into briquettes.

Every day, around 2.25 billion cups of coffee are consumed worldwide, and 25,000 tons of coffee waste go to landfills. In Poland alone, approximately 120,000 tons of raw material in the form of used coffee grounds are created every year, and this number increases every year.

Coffee grounds can be reused, although the have had a limited use so far. They have been used as an additive to cosmetics, e.g. peels, and some used them as a garden fertilizer. Coffee grounds may, however, have many other applications. One of the companies working on them is EcoBean, a spin-off established at the Warsaw University of Technology.

The company plans to build a zero-emission and zero-waste factory that will process used coffee grounds. 'We were looking for a solution that would allow to manage large amounts of this waste', says Marcin Koziorowski, CEO of EcoBean. Therefore, the focus is the production of briquettes from coffee grounds.

'We started with briquettes because Poland is the largest producer of wood briquettes in Europe. We produce 460,000 tons per year. The carbon footprint from burning briquettes is huge. Our goal is to process 20,000 tons of coffee grounds annually. According to estimates, this would reduce carbon dioxide emissions at the level of 9 thousand tons' he explains.

This is only the beginning. The creators of the solution do not yet have a certificate that would authorize burning briquettes in grills, fireplaces or stoves. 'Our product's composition is pure biomass, we know how it burns, what it emits. It is a much more ecological version compared to wood briquettes. It is also more caloric, which means that it emits more energy than wood briquettes. However, it leaves less ash. Next to the exchange of outdated furnaces, our solution is another step in the fight against smog', describes Koziorowski.

The technology of producing briquettes from used coffee grounds is not much different from the production of traditional briquettes, but its development took a year. The grounds are first dried, cleaned, combined with binding materials, and then pressed.

According to Koziorowski, the success of the undertaking largely depends on logistics, and more specifically the ability to obtain raw material in an effective manner. The creators of EcoBean want to cooperate with cafes, restaurants and businesses. 'We would like to engage our suppliers and, for example, use people who deliver food to collect coffee grounds. Their backpacks or bags usually remain empty on the way back. For example, the last trip of each day from a restaurant could be used to collect coffee grounds', he says.

The originators have already conducted test coffee grounds collections from partners and as a result they produced pilot batches of briquettes. Now they are preparing a proof of concept to show that their idea actually works. They hope to finish around March. Koziorowski assures that they already have distributors willing to launch this product.

EcoBean originators are counting not only on large partners, but also ordinary coffee lovers. 'People are already asking us if they can give away used coffee grounds, because they have four coffee drinkers at home. One coffee is on average 8-10 grams of used coffee grounds, so it's easy to calculate that one can accumulate a lot of it in a month. In addition, we are talking with cafes so that, for example, they would grant a discount on espresso or other coffees for collecting and donating coffee grounds to us' describes Koziorowski.

But there is more to come. The authors of the solution want to use coffee grounds to produce biodegradable polymers (PLA) that can be used to make disposable cups, plates, food packaging. Such polylactide is also used for the production of eyeglass frames.

EcoBean is a spin-off of the Warsaw University of Technology. A large part of the team are former or current employees of this university. 'We are developing thanks to the university, we rely on extensive experience in the development of polymers that the team from the university has', notes Koziorowski. 'Internationally, we are observing an increasing in the activity of companies specialising in the processing of coffee grounds, which is good, because it means an increase in consumer awareness. Our solution, however, is distinguished by the fact that in place of ad hoc solutions we propose a systemic, scalable management of coffee waste', he adds.