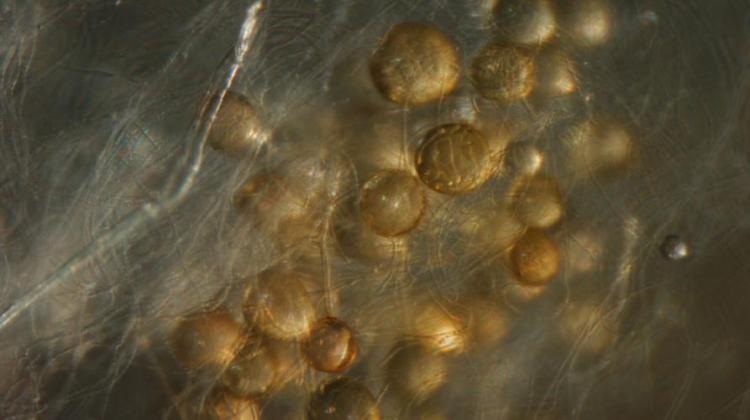 A new fungus which defends plants against dangerous diseases has been discovered on a spoil heap.

Added to the atlas of AM fungi Rhizoglomus silesianum after being found by microbiologist Dr. Franco Magurno from the University of Silesia in Katowice, arbuskular mycorrhiza (AM) is a phenomenon when the fungus penetrates the cortical cells of the roots of a vascular plant forming arbuscules. AM fungi have the ability to prevent infections from pathogenic fungi.

With climate change increasingly being felt in agriculture, scientists are looking for new solutions which, for example, strains that by supporting plants, will most effectively stimulate their development and protect them against various types of pathogens, the university’s monthly magazine says.

One answer could be the AM fungus found on the spoil heap at the Makoszowy mine (by the Sośnica motorway junction near Zabrze and Gliwice in the Silesian Voivodeship).

According to the monthly: “This large, partially non-reclaimed heap is especially valuable for researchers because it undergoes a process of spontaneous succession. Part of the heap is left without human support, which is why succession occurs spontaneously. There, in an environment with large salinity and a small amount of water, i.e. in drought stress conditions, Rhizoglomus silesianum appeare.”

Rhizoglomus silesianum can be used in agriculture. “There is a chance (negotiations are underway) that it will replace fertilizers and pesticides in the southern hemisphere. +Production+ from inoculation of plant seedlings with the fungus to its multiplication takes about 3 months. It propagates without support in the soil,” the monthly says.

The article about the new fungus was co-authored by Prof. Janusz Błaszkowski from the Department of Plant Pathology of the Agricultural University in Szczecin and appeared in the journal Mycologia.