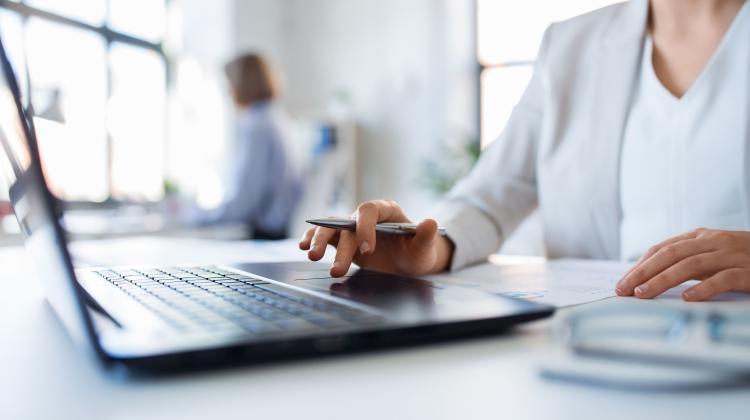 Energy bars and fibre rolls for people leading sedentary lifestyles have been developed by scientists in Szczecin.

The rolls which help those with fatty livers and the prebiotic bars were created as a result of research by scientists from the Pomeranian Medical University looking for effective ways to support the intestinal microbiota (bacterial flora).

According to Professor Ewa Stachowska, improving its function can help improve the functioning of the digestive system, but also improve moods.

She said: “We decided to do something for people who have problems with constipation, and thus problems with body weight. Based on our recipe, local bread maker Mr. Jan Tabiński prepared bars that contain only healthy elements.”

She added that vegetable fibre found in bars is soluble, highly viscous, so that it 'feeds' bacteria that improve intestinal passage.

According to the scientist, the bar was created for people who perform sedentary work, including office workers, drivers and IT specialists. After the first few weeks, people who used to have problems with bowel function before, noticed an improvement.

She said: “Even now, patients say that the effect persists, despite the fact that 6-7 months have passed since they ate the bars every day.

“The idea is that someone can buy a supply of bars for a week, feel the effects, extend the period to two weeks, and then switch to eating one bar every two days.”

An additional benefit of consuming the product is weight loss. “Patients did not want to eat so much, after three weeks they would lose about a kilogram.”

The production of short chain fatty acids that protect the intestines against cancer also increased.

The bars taste like gingerbread and natural spices have an antioxidant effect, further improving intestinal microbiota. The researchers say that they will also work on other flavours.

The fibre rolls, on the other hand, taste like rye sourdough bread. They were mainly developed for people with obesity and fatty livers.

The professor said: “People are used to, like and want to eat good quality bread. So we had to design a suitable option.”

The "university" rolls will be licensed; their creators want them to be available in as many bakeries as possible. The bars are expected to be mass-marketed soon, they will also be presented at the 2020 Bangkok International Intellectual Property, Invention, Innovation and Technology Exposition (IPITEx 2020) in February.