European Roe Deer Can Control Date of Birth of Offspring 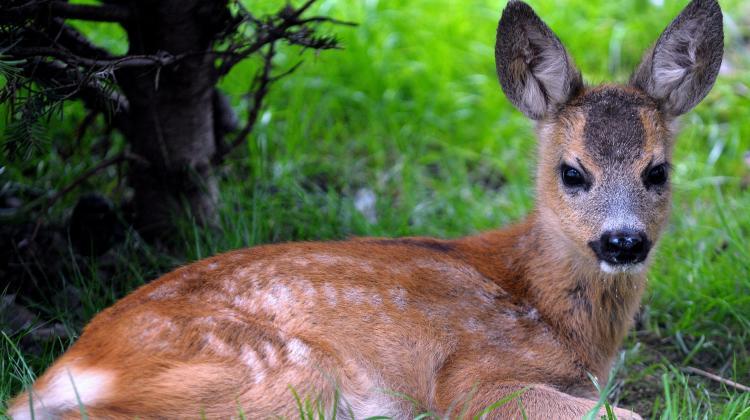 European roe deer can control the date of birth of their offspring, researchers have discovered.

Scientists from the Department of Biodiversity Conservation carried out research on a number of deers including red deer, European roe deer, Eurasian elk and fallow deer.

They found that under adverse environmental conditions, the European roe deer can carry a dormant, non-nested embryo in its uterus. Only when reproductive conditions become favourable, the embryo begins to develop. After the pregnancy runs its course, the offspring is born.

Pregnancy is often twin and a female roe deer may carry two embryos from different males in its uterus. Fertilization may take place at different times, even with a gap of several months. The offspring will be born on one date, although one embryo is older.

The first fertilization may occur at the turn of August. After this, the embryo is carried in the uterus for a long time; it does not nest in the wall of the uterus and is not subject to further development. It is dormant.

When another egg is fertilized by another male in December, then both embryos - the first, earlier one and second, later one - are implanted in the uterus wall, where they develop over the following months and the female gives birth to both young (specific twins from two different males) at one time.

This happens when breeding red deer. The species can be bred because of the value of its meat or magnificent antlers. Due to the in vitro method, semen collected as the carrier of the desired traits from the so-called super male is transferred to the offspring. Collecting semen from wild, free-living stags is also used to expand the genetic pool and renew the herd.

Although the Polish deer population is not in danger of extinction, they are great models for animals, whose future fate may be uncertain, for example the southern guemal found in South America.

The researchers are now developing a sperm bank and improving the method of in vitro fertilization and the technique of transferring embryos from donors to females that may develop pregnancies. This way, endangered animal populations can recover.

They will present their findings at conference in Białowieża on 7-8 November, organised by the Institute of Animal Reproduction and Food Research PAS in Olsztyn and the Mammal Research Institute PAS in Białowieża.

The scientists will also talk about various manifestations of biodiversity in the animal world, including genetic diversity.