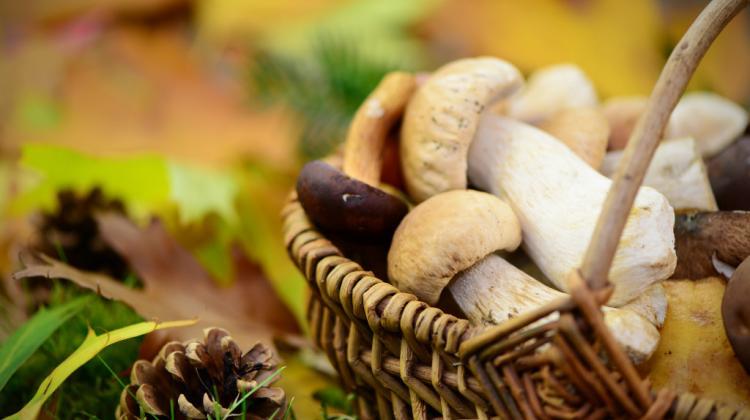 Mushrooms are called forest meat due to the large amount of protein they contain. They contain many vitamins and minerals: potassium, phosphorus, calcium, sodium and iron. It is best to consume them soon after picking, because that is when they have the highest nutritional value, experts from WULS-SGGW advise.

Although they not always enjoy a good reputation, mushrooms have many fans. They are, for example, a popular meat substitute in vegetarian and vegan diets. In a press release, experts from the Warsaw University of Life Sciences (WULS-SGGW) in Warsaw explain the potential benefits of eating mushrooms and what to consider when including them in your diet.

"A characteristic feature of mushrooms is high water content, from 80 to 90 percent. But their dry matter consists mainly of protein. That is why they are called +forest meat+. These proteins contain almost all amino acids, including exogenous amino acids, which they can be synthesized by the human body and must be supplied with food," the experts remind.

However, the nutritional value of mushrooms varies. It depends on the species, the origin of the mushrooms, as well as whether the litter, on which they grow, is rich in minerals. They contain vitamins A, C, D, PP and B group, as well as mineral: potassium, phosphorus, calcium, sodium and iron.

Vitamin A in mushrooms is in the form of carotene. Chanterelles have the higher content and owe it their orange colour to him. The presence of beta-glucan was also confirmed in the chemical composition of mushrooms. It is a bioactive substance with antioxidant properties, meaning that mushrooms can prevent the formation of cancer or support cancer treatment. In addition, beta-glucans reduce the concentration of LDL cholesterol, thereby reducing the risk of cardiovascular disease, experts from WULS-SGGW inform.

Due to the high water content, mushrooms are low in calories. But you should remember that they are also difficult to digest due to the building material of their cell wall - chitin. It is not dissolved by stomach acids, which is why mushrooms first remain in the stomach for a long time, and then only pass through our digestive system. For this reason, eating mushrooms is not recommended for children, the elderly and those suffering from gastrointestinal and kidney diseases.

According to the WULS-SGGW specialists, mushrooms should be consumed immediately after picking, which is when they have the highest nutritional value. Storage reduces their nutritional value. Sometimes incorrect storage of mushrooms causes the development of microorganisms that produce toxins and carcinogens that are harmful to the body.

Many studies in various parts of Europe indicate that heavy metal compounds such as cadmium, mercury and lead have been found in wild mushrooms. Mushrooms can take these elements from the soil and store them. Mushroom species, soil quality, growth rate and degree of maturity are important factors for the accumulation of heavy metals. Therefore, the Ministry of Health recommends not to consume more than about 250 g at a time, and to avoid eating more than 1-2 mushroom meals per week. (PAP)