More efficient OLEDs are the target of researchers from Silesia 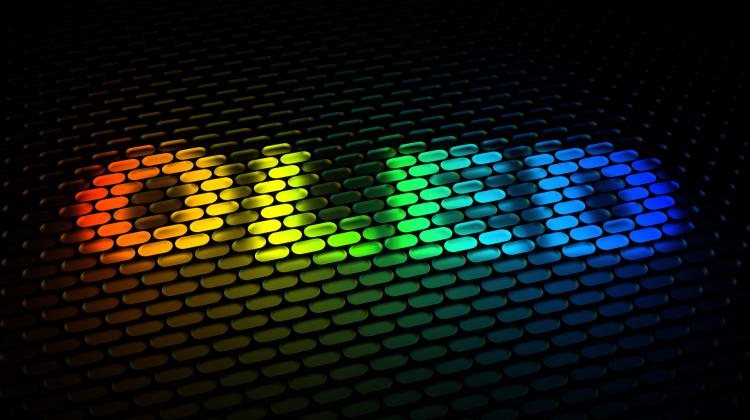 Researchers at Silesian University of Technology are working on a new type of organic diodes - OLEDs. They have already demonstrated that the glowing mechanism that others have abandoned may be useful in the production of cheap and efficient light emitting diodes.

OLEDs (Organic Light-Emitting Diodes) are the light sources we increasingly use in everyday life. OLEDs are used, for example, in mobile phone displays or in TV screens. These diodes emit light due to specially designed organic compounds. This technology has many advantages that LEDs did not have. Colours are more vivid and better reproduced, contrasts are better, displays can be flexible and materials for the production of equipment have a chance of becoming cheaper.

"I design new compounds that can be used in OLEDs. The idea is that new light sources - mostly for lighting applications - should be more efficient, durable, and consume less energy" - told PAP Dr. Przemysław Data from the Silesian University of Technology. He added that he had already managed to create a range of compounds for the production of diodes and prepare working prototypes.

Dr. Data is the coordinator of the international research group EXCILIGHT (http://www.excilight.com/) under the Horizon 2020 programme. One of the beneficiaries of the project is the Silesian University of Technology. Dr. Data\'s research has been noticed internationally - he was among the 10 Polish researchers awarded in this year\'s edition of Innovators Under 35.

THE MANY DRAWBACKS OLEDS STILL HAVE

According to the researcher, OLEDs - despite their many advantages - still leave much to be desired. Commercial organic materials used for the production of light are based on organometallic compounds. "The diodes contain iridium, ruthenium or much cheaper gold and platinum" - said the scientist. The use of such substances not only significantly increases the cost of producing the diodes, it also - and Western manufacturers are not too happy about it - makes the production of equipment dependent on suppliers of these materials - for example China, the main exporter of rare earth metals. The metal content also makes disposal of equipment more difficult. This is clearly visible in the largest electronic waste landfills in Asia.

The latest OLEDs use the TADF effect (Thermally Activated Delayed Fluorescence). This mechanism allows to effectively excite a particles to glow. It not only uses fluorescence itself, but also transforms energy from phosphorescence (resulting in delayed fluorescence). This allows to increase the efficiency of electricity to light conversion several times, compared to earlier fluorescent emitters.

Dr. Data and colleagues have shown that TADF effect can be effectively obtained in completely organic exciplex materials. Exciplex (Excited Complex) is a complex produced between two different excited organic molecules, one donor and one acceptor. Compared to typical emitting compounds, the compounds used to produce an exciplex do not need to be efficient emitters. Moreover, in the case of an exciplex emitter, it is sufficient to use one compound as a donor, and by using different acceptors one can optimise the colour of light from blue to red.

Also importantly, in exciplex emitters the broad emission spectrum and the simple construction of the light emitting diode (two compounds are sufficient) make it unnecessary to combine several emitters (blue, green and red) to achieve white colour - as is usually the case with typical LED and OLED devices.

"Our compounds contain only carbon, oxygen, nitrogen, sulphur and phosphorus. In addition, exciplex emitters are based on low cost compounds that are readily available. You just have to know how to use them" - noted Dr. Data.

Exciplex has not been used in diodes until now. Dr. Data\'s team showed, however, that it is possible to design exciplexes with desirable properties. In the future, they can be successfully used to produce efficient, low-cost and durable light sources.

Dr Data noted out that OLED lighting would not have to have a traditional form - it could come in a form of panels, prints, or glowing wallpapers... "It is difficult to imagine all the possibilities that such new light sources can offer" - he said.