Genetic code better than before? It could be done! 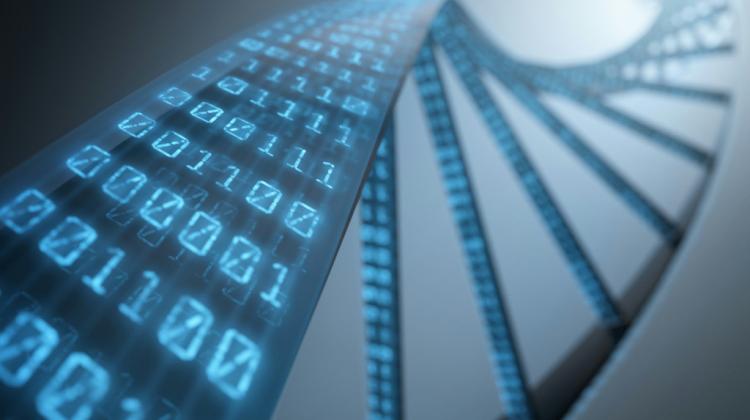 Are amino acids in the standard genetic code encoded optimally? Not necessarily! Studies indicate that it would be possible to encode them so that any error in reading the protein coding sequence was less of an issue for the body than it has been until now - said geneticist Dr. Paweł Mackiewicz.

It is possible that someday it will be possible to design organisms with completely new traits, producing proteins with interesting properties - with modified amino acids. However, to create such synthetic organisms, basic knowledge is needed - for example, how to effectivelyand safely encode amino acids in the genetic code.

Such studies are being conducted, among others, by scientists from the Faculty of Biotechnology of the University of Wrocław. "We use computer programs to search for the best and worst ways to encode amino acids. We compare them with the standard genetic code commonly used in almost all modern organisms. According to our analysis, the standard genetic code is pretty good, but not the best" - said in an interview with PAP Dr. Paweł Mackiewicz from the Faculty of Biotechnology, University of Wrocław.

HOW IS ALL THIS ENCODED?

Basic building blocks of DNA are sequentially linked nucleotides described with four letters: A (adenine), C (cytosine), G (guanine) and T (thymine). These letters form three-letter "words" called codons in coding sequences (genes). Amino acids are assigned to codons when coding proteins. And amino acids, when combined with each other, form proteins (three special codons mean that the protein-forming process should be completed). Genetic code is a recipe that translates the information contained in DNA into coded proteins - the assignment of individual codons to amino acids and the protein synthesis stop signals.

We have 20 amino acids are in our bodies and as many as 64 codons. "The number of combinations - assignments of these amino acids to codons - is enormous" - said Dr. Paweł Mackiewicz.

However, it turns out that the coding of individual amino acids is not quite random. Amino acids are coded by codons so as to minimize the consequences of mutation in DNA and inaccuracy during protein synthesis. An error during protein formation does not have to result in a non-functional product.

ERROR? NOT AT ALL!

There are several mechanisms for mitigating the effects of errors. Because there are more codons than amino acids, some amino acids are encoded by more than one codon. Thus, for example, one of the amino acids - proline - is encoded by four codons: CCA, CCC, CCG or CCT. In this case, if there is a mistake and the last letter is accidentally replaced by another or read as another - nothing will happen. Proline will still be inserted into the correct place in the protein.

There are other interesting dependencies. For example, amino acids with similar characteristics differ in the small number of nucleotides between the codons. "For example, aspartic and glutamic acid are acidic amino acids with similar properties. Aspartic acid is encoded by the GAC codon, and glutamic acid by the GAA, and therefore their codons only differ in the third position. If a mutation changes the nucleotide C to A, glutamic acid will be formed instead of aspartic acid. Because these amino acids have similar properties, there is a good chance that the resulting protein will function similarly" - said Dr Mackiewicz.

Scientists are trying to explain the principle according to which amino acids have been assigned to codons.

One theory is that evolution has favoured those organisms whose amino acids have been coded by codons so that the error in protein formation does not have disastrous consequences.

This is why researchers from Wrocław have been using special evolutionary algorithms (https://www.ncbi.nlm.nih.gov/pubmed/27555085) to check whether it would be possible to code amino acids so that they can minimize losses due to errors even more. The standard genetic code is not perfect in this respect, but it does a good job. It is closer to the best codes than to the worst ones" - the geneticist said.

There is another explanation of how amino acids were assigned to codons. According to this concept, in the early stages of life there were only a few amino acids - ones that can form as a result of simple chemical transformations that do not require living organisms. So at the beginning the genetic code coded less amino acids. In the course of evolution, with the development of organisms and their metabolic processes, further amino acids were synthesized from the already existing ones. They took over the codons of the amino acid from which they were derived. Such dependencies also exist in the genetic code.

"That\'s why when you look at the standard genetic code, you can find interesting patterns. These are not random assignments" - the researcher believes.