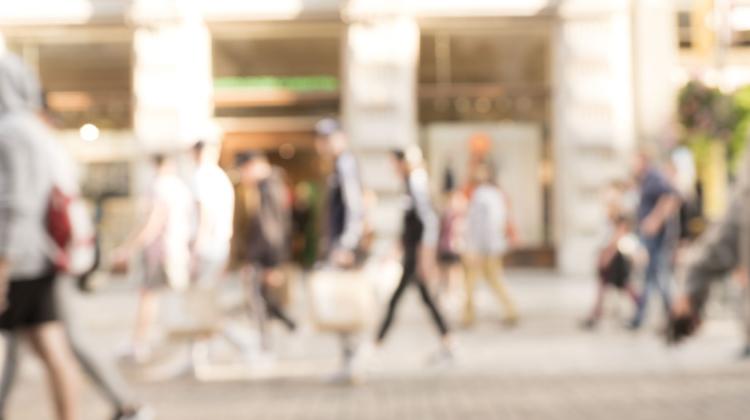 Over the next 30 years, all of the 66 largest cities in Poland will record a drop in population. The population of Zabrze, Bytom, Świętochłowice or Tarnów may decrease by half - according to forecasts of the Institute of Geography and Spatial Organization of the Polish Academy of Sciences.

Prof. Przemysław Śleszyński from the Polish Academy of Sciences, who has compiled a list of 122 medium cities that require special state support for the needs of the Ministry of Development, in connection with this analysis has also estimated the population decline in 66 cities with poviat status. These are mainly former capitals of voivodeships and cities with population 100 thousand.

The forecasts concern the population decline by 2050, and, unlike the calculations of the Central Statistical Office, take the unregistered foreign immigration into account.

According to these estimates, the largest percentage of population decline will affect Zabrze, where the population will decrease by 89.8 thousand (51.2%). Of 175.6 thousand inhabitants of the city in 2015, according to the Polish Academy of Sciences, only 85.8 thousand will remain.

Bytom with the current population of more than 170 thousand, in the middle of the century will have only 86.8 thousand (49.2% decrease). A similar scale of depopulation concerns Świętochłowice (49.2 percent) and Tarnów (48.2 percent). High population declines are also expected in Łomża (44.4%) and Sopot (42.5%).

In the case of 18 capitals of voivodeships, Opole will be the most depopulated city. Its population will decrease from 119 thousand to 72.8 thousand (38.8%). Kielce and Łódź will lose over one third of the population.

Depopulation will have the slightest impact on Warsaw. The population of the capital in the next three decades may decrease to 1695 thousand (down 2.2%). Relatively small decrease (4.3%) also applies to Rzeszów. In the third least affected Kraków it will be 11.3%, and in Wrocław - 13%.

Prof. Śleszyński pointed out that the population decline in Poland may be one of the largest in the world. He warned that the depopulation of the cities would result in part from their inhabitants moving to the suburbs.

According to the researcher\'s estimates contained in the study, if there is no stronger immigration from abroad or re-emigration of people who left Poland after 1990, the population of our country may drop to 31 million in 30-35 years. "A 6-7 million, or about 20% drop, will be catastrophic. Proportionally it will be one of the biggest drops in the world" - said the professor.

Official forecasts of the Central Statistical Office show a population drop by 4.4 million - to 34 million. According to Prof. Śleszyński, the data are underestimated. As many as 2-3 million people are included in the statistical yearly reports, although they do not actually live in the country, and most of them are not expected to return.

"Poland is generally a country from which people emigrate, but it had never happened that so many people left in such a short period as they did after 1990. This exodus is the largest in our country\'s history" - he pointed out.

Prof. Śleszynski connects the phenomenon of mass emigration with waves of demographics rises and declines. As he explained, after World War II in Poland there was a very large, compensatory demographic rise, with a strength unprecedented in other parts of Europe. The people born during this baby boom were deciding on having their own children in the 1970s and 1980s. That was the period of the second rise wave. The people born during that period entered the labour market after 1995, which coincided first with the difficult transformation period and high unemployment, and later with the accession to the European Union and the opening up of attractive labour markets. "The second wave did not have as many children as their parents after 2000; on the contrary, birth rate dropped to the lowest levels in the world" - said Prof. Śleszyński.

He judged that the current birth rate does not ensure the generational substitution, despite the positive impact of the program Family500+. In his opinion, in this situation, an optimistic aspect is accelerating economic growth, clearly visible in the number of jobs and the increase in wages.

In his view, a phenomenon more dangerous than the population decline is the population aging and the visible supply gap in the labour market, which by the year 2050 can reach 2 to 7 million workers, with the number of 3-4 million being the most probable.

"I believe that the economy will win and demographic disaster in Poland will not happen because of this. Thanks to the inflow of the workforce, Poland will be supplied with a number of immigrants, perhaps also with the re-emigration of Poles, who emigrated after 1990, as well as numerous members of the Polish community abroad" - said Prof. Śleszyński.