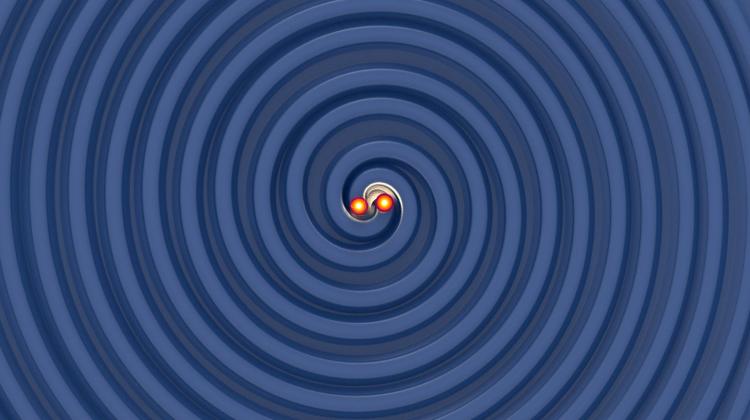 This year\'s Nobel Prize in physics was awarded to scientists from the US and Germany, who were the first to observe gravitational waves. Their achievements would probably not have been possible without the work of Polish physicist Prof. Trautman - who convinced everyone that these waves actually exist, and their detection is possible.

Andrzej Trautman (born 1933) focused on theoretical physics, including gravity and the general theory of relativity. His work from the 1950s and early 1960s made an important contribution to the theory of gravitational waves, whose existence was confirmed experimentally only in 2015.

Gravitational waves were first mentioned by Albert Einstein in his general relativity theory, published in 1916. He predicted that the waves emitted by accelerating masses spread in space-time, causing its deformation (somewhat like waves on the surface of water). But he was not sure whether these waves actually existed - they could just as well be the effect of mathematical transformations of complex equations. Other physicists also had doubts - there were opinions that gravitational waves do not carry energy, so they are mathematical illusions, undetectable phenomena of purely theoretical meaning.

This view was also represented by the head of the Institute of Theoretical Physics of the University of Warsaw, Prof. Leopold Infeld. Trautman, however, proved that gravitational waves could not be eliminated from equations by means of transformations of equations - therefore they were real and should be detectable. At the invitation of British physicist Felix Pirani, professor of King\'s College London, in 1958 Trautman gave a three-month lecture series in London.

In 1960, together with American scientist Ivor Robinson, he published a description of gravitational waves, the solution of Einstein\'s equations. The work "Spherical Gravitational Waves" was published in the "Physical Review Letters".

Later papers by Prof. Trautman concerned, among other things, the Einstein-Cartan theory, dealing with gravity.

When the detection of gravitational waves was officially confirmed on February 11, 2016, dozens of Polish physicists in the official letter thanked Prof. Andrzej Trautman for the fact that he had theoretically proved their existence years ago. In this way, he contributed to the activities that led to their discovery. Hundreds of millions of dollars would not be spent on the LIGO laser interferometer if there were no theoretical grounds for hoping for the success of the experiment. Prof. Trautman\'s work has also contributed to the development of methods for calculating wave emissions during collisions of black holes and other cosmic events.

"Although gravitational wave detection is primarily an experimental achievement, it would not be possible without defining what gravitational waves are in Einstein\'s full theory" - wrote Polish physicists in an open letter to Professor Trautman. The letter was published in 2016 by Wyborcza daily. "Your work from the turn of the 1950s and 1960s is at the very heart of the theory of gravitational radiation, and among other things, provide its definition".

"These works show, firstly, how gravitational waves look far from the sources, and secondly, that the gravitational wave system at all times has a well-defined energy that decreases at times (Trautman and Bondi equations), and thirdly, contained the first clear solutions of Einstein\'s vacuum equations describing gravitational waves from limited sources (Robinson-Trautman\'s metrics)" - they wrote.

The physicists also reminded in the letter of "an extremely inspirational role" of the series of lectures delivered by Prof. Trautman at King\'s College, London in 1958 for the whole field: "Your contribution to the fundamentals of gravitational wave theory is of immense value: it was, in fact, the beginning of reflections that only recently led to the numerical and perturbational results needed to compare the measured signals with the theoretical model of the process of black hole merging. We also emphasize that your school of relativistic physics in Warsaw educated a considerable part of the Polish research group in the LIGO/VIRGO team".

Andrzej Trautman was born in Warsaw. When he was 12, his family moved to Paris, but after graduation from high school he returned to Poland. He is a member of the Polish Academy of Sciences and a retired professor of the University of Warsaw.