People
This text can be copied
Katarzyna Florencka

Not only Maria - women in the (old) Polish science 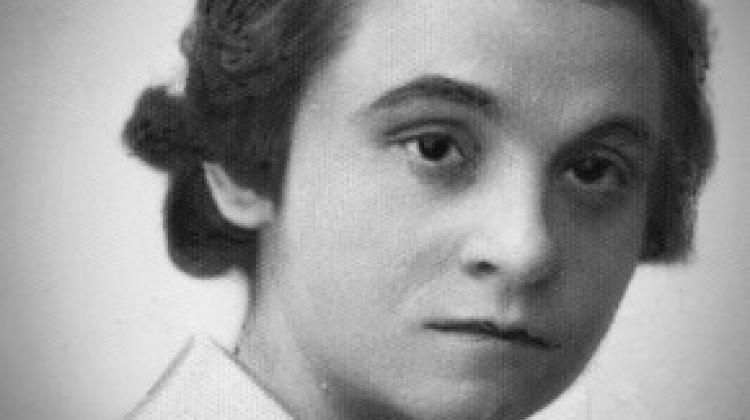 The head of the most important women scientific organization in the world, the first female professor of the College de France or a historian from Lviv who studied the past also from the perspective of women\'s history - Polish researchers in the first half of the 20th century are not just Maria Skłodowska-Curie. Their stories and influence on the development of science are the subject of research by Iwona Dadej of the Institute of History of the Polish Academy of Sciences.

"In a sense, Maria Curie-Skłodowska is an universal remedy in Poland, a soothing patch for national insecurities and pains, and an argument that ends any discussion about gender equality in science and visible or less visible discrimination against women. But when we speak about Curie, we tend to forget that in addition to this phenomenal scholar, a whole generation of gifted and even brilliant women came from the Polish lands in the late 19th and early 20th century" - told PAP Iwona Dadej, historian specialising in the history of women in science in the late 19th and early 20th century, when women started to appear at universities.

"Women at universities is a very big topic" - noted Iwona Dadej. First of all, it is important to distinguish between the appearance of female students and the appearance of those women who were academically employed.

"The first women students had to overcome many obstacles unimaginable from the modern perspective: the presence of women pioneers at universities in Lviv or Kraków in the late 1890s was preceded by social campaigns of the women\'s movement, efforts to allow women to even enter lecture halls" - said Dadej. "At that time they were listeners and free students, woment who did not necessarily have a high school diploma. From that group, those who wanted to engage in science professionally slowly emerged" - said the researcher.

After 1918, the situation of women in the Polish scientific world did not improve much: over the entire interwar period in Poland, habilitations were awarded to just over 40 women.

Among female lecturers in Poland, the researcher mentioned Józefa Joteyko (1866-1928). "Joteyko was one of the first women to become a professor at Western European universities. She decided to bring the experience gained there to Poland. Joteyko gave up her chair and a promising career and came to Poland shortly after Poland regained independence, to create a chair o pedagogy" - said Dadej. She added that Joteyko\'s story is a great example of a trend that was clearly visible in the first years of independence: women who received education and earned their degrees abroad, as well as their fellow scientists - men, were returning to help build the scientific community and rebuild the newly formed Polish state.

Most women, however, could get jobs at universities. "Instead, they acted as experts and knowledge promoters, and played an important role in promoting knowledge and academic achievements, addressing the broader issues of public health, urban infrastructure or water supply in their cities or across the country" - the researcher told PAP.

An example was Stanisława Adamowicz (1888-1965) - a doctor who worked at the State Institute of Hygiene, specialising in epidemiology. "She travelled across Europe and gathered experiences, be it from Germany or from Soviet Russia, related to birth control, fertility control, infectious diseases or epidemics that broke out also in Poland. She also dealt with tuberculosis, a difficult to fight infectious disease" - said Dadej.

"In addition, Adamowicz was a member of the Polish Association of Women with Higher Education, and in 1939 was elected president of the International Federation of University Women - the most important position of the then-academic organization" - added the researcher.

Another representative of the group of scientifically active women was Łucja Charewicz (1897-1943). "In addition to being an important representative of the Lviv academic community, a habilitated doctor of the Jan Kazimierz University, Charewicz was also an eminent figure in the Lviv women\'s movement. Scientific and feminist aspects of her work were interconnected: Charewicz advocated research on the history of women as one of many areas of historical cognition" - Dadej told PAP.

"As a historian, Charewicz was well aware that reflections on the role of women were missing in the work of historians, and she herself tried to fill these gaps: by studying the history of medieval Lviv bourgeoisie women, she tried to show also a different dimension of history than the male one, considered universalistic" - said Dadej.

"That\'s not all - she brought her postulates to the historical community, participating in national and international historical congresses, presenting her research position. This was both scientific work and commitment to popularise this new view among historians" - added the researcher.

Iwona Dadej is as member of the group of women researchers who are trying to bring back the memory of their precursors and focus on them in their historical research. As part of this activity, they are organising a seminar on women\'s history and gender history, which they named in honour of Charewicz. The inaugural meeting will take place on 19 October in the seat of the Warsaw Scientific Society.

"The seminar refers to the tradition of historical research initiated in Poland by Łucja Charewicz in the interwar period: the postulates of addressing issues related to the history of women, the history of the sexes" - the researcher told PAP. "Ultimately, we want the subsequent meetings to be held once a quarter and provide an opportunity for meetings and scientific exchanges of women historians from Poland and abroad" - she added.

Iwona Dadej, Assistant Professor at the Institute of History of the Polish Academy of Sciences, is the leader of the project "Gender Order in Polish Science 1890-1952" within the framework of the FUGA programme of the National Science Centre. Her doctoral dissertation written at the Freie Universität in Berlin will be published by the publishing house fibre.